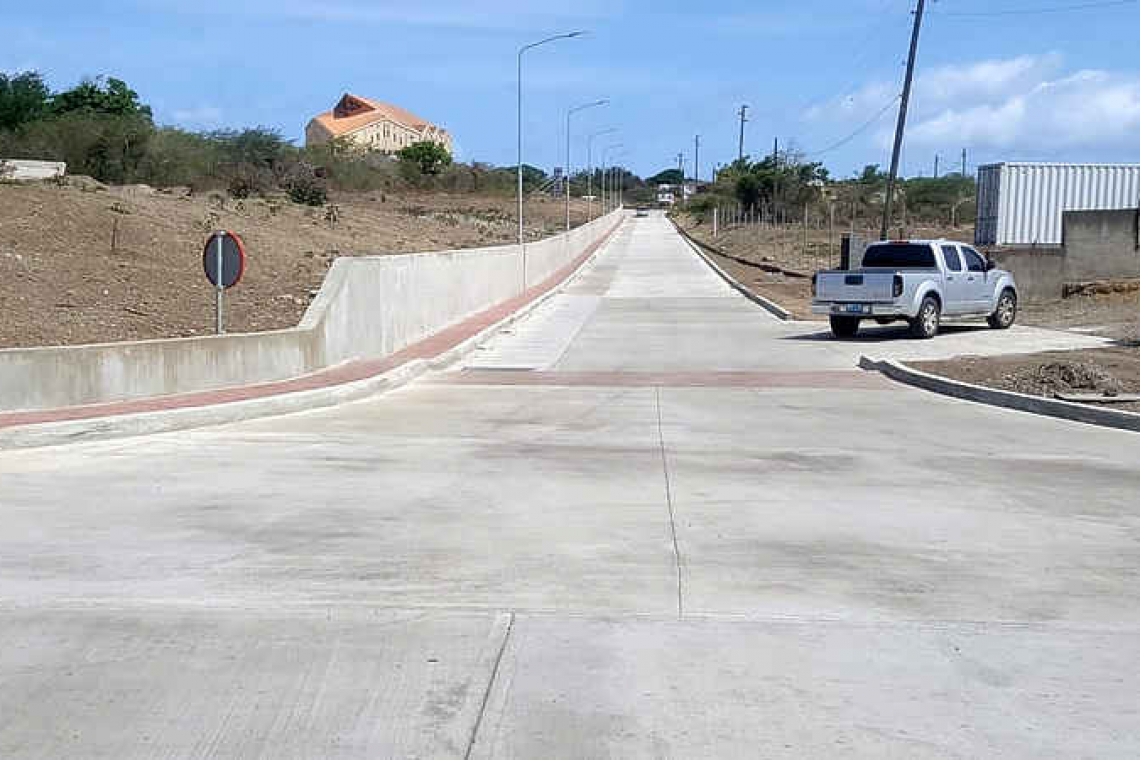 ST. EUSTATIUS--The Jeems Road project has entered a six-month maintenance phase. Minor repairs and other maintenance work will be executed during this period. The road surface will be painted and traffic signs will be placed. This may cause some inconvenience for road users.

The purpose of the project was not only to improve the road surfaces, but also to control the flow of water and prevent any kind of flooding during heavy rainfall. This was done with the introduction of a water-drainage system.

Approximately 1.2 kilometres of road were (re)constructed. The project included the installation of new streetlighting for road-users’ safety. The utilities were placed under the newly-constructed sidewalks for easy maintenance.

The Road to Jeems (South) from the intersection with Paramiraweg to the Sandy Road junction is a two-way road that is constructed to facilitate both heavy and regular transport.

The Road to Jeems (North) from the Sandy Road junction to the new roundabout is a one-way road that is constructed to facilitate vehicles of maximum 10 tonnes.

Vehicular traffic heavier than 10 tonnes is not allowed to use the Jeems Road South and should use the Parallel Road instead. The Parallel Road is a two-way road constructed to facilitate both heavy and regular transportation which connects to the new roundabout.