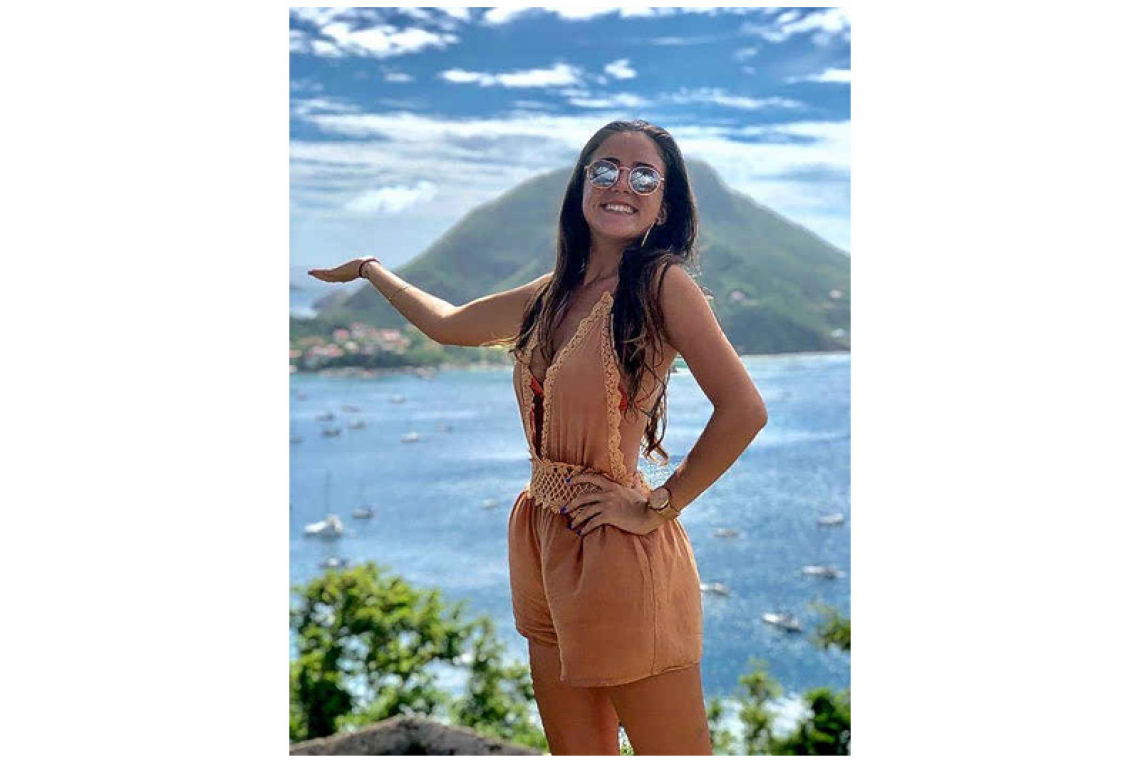 PHILIPSBURG--Spain-born Lara Mateo’s representation of St. Maarten in the upcoming Miss World Pageant came under question on Monday when Independent Member of Parliament (MP) Christopher Emmanuel asked who selected the delegate to represent the country.

Emmanuel also took issue with the delegate sitting on the St. Maarten flag in a video promoting her representation. He raised the issue during the debate of the draft 2022 budget in a meeting of the Central Committee of Parliament. At Emmanuel’s request, a video was played in Parliament showing an interview with Mateo speaking about St. Maarten and about representing the country. The video also shows Mateo displaying the St. Maarten flag and depicting her at several locations in the country. She said in the video interview that she was born in Spain, and that her parents moved to St. Maarten when she was one-year-old and indicated that they loved the island and never left. She said the island has a French and a Dutch part and that it is multiethnic with Dominicanoes, Haitians, French and Dutch persons living here.

The Miss World website lists the 24-year-old’s occupation as being a “Rental Management Assistant” and indicates that she speaks French, English and Spanish. “After qualifying in Management of Cultural and Leisure Institutions, Lara is currently working in Real Estate and would one day like to own her own agency. She enjoys kitesurfing and Latin dancing. Her proudest moment was when she completed her first skydive. She also volunteers at the local veterinary and is proud each time she helps an animal [give] birth. She has a talent for making people laugh. [And her] personal motto: ‘Misery is more beautiful in the sun,” Mateo’s profile on the Miss World website reads.

Emmanuel took issue with the manner in which Mateo handles the St. Maarten flag in her video, at one point sitting on the flag in one of her shots. Emmanuel asked who owns the rights for the Miss World franchise for St. Maarten. He also asked how the delegate was chosen and whether a local pageant was held and if yes when and where. He also enquired whether the St. Maarten Tourism Bureau was involved. “Who gave permission for this person to represent the country and carry on with our flag,” Emmanuel asked, enquiring whether the delegate was even a legal resident. “I want to know because it can’t be. I don’t see no representation of me. I don’t see it,” he said, adding that the delegate was wrapped, draped and sitting on the country’s flag.

Standing at 172 cm tall, Mateo will compete in the 70th edition of Miss World 2021 scheduled for December 16, 2021 at the José Miguel Agrelot Coliseum in San Juan, Puerto Rico. Toni-Ann Singh of Jamaica will crown her successor at the end of the event. Ninety-eight countries will participate in the pageant, marking the smallest field of contestants since 2002. This year, the swimsuit competition (Miss World Beach Beauty) will return after a five-year hiatus. The pageant was originally scheduled for the end of 2020, but postponed due to the global COVID-19 pandemic.