Speed for Statia Road Behind the Mountain 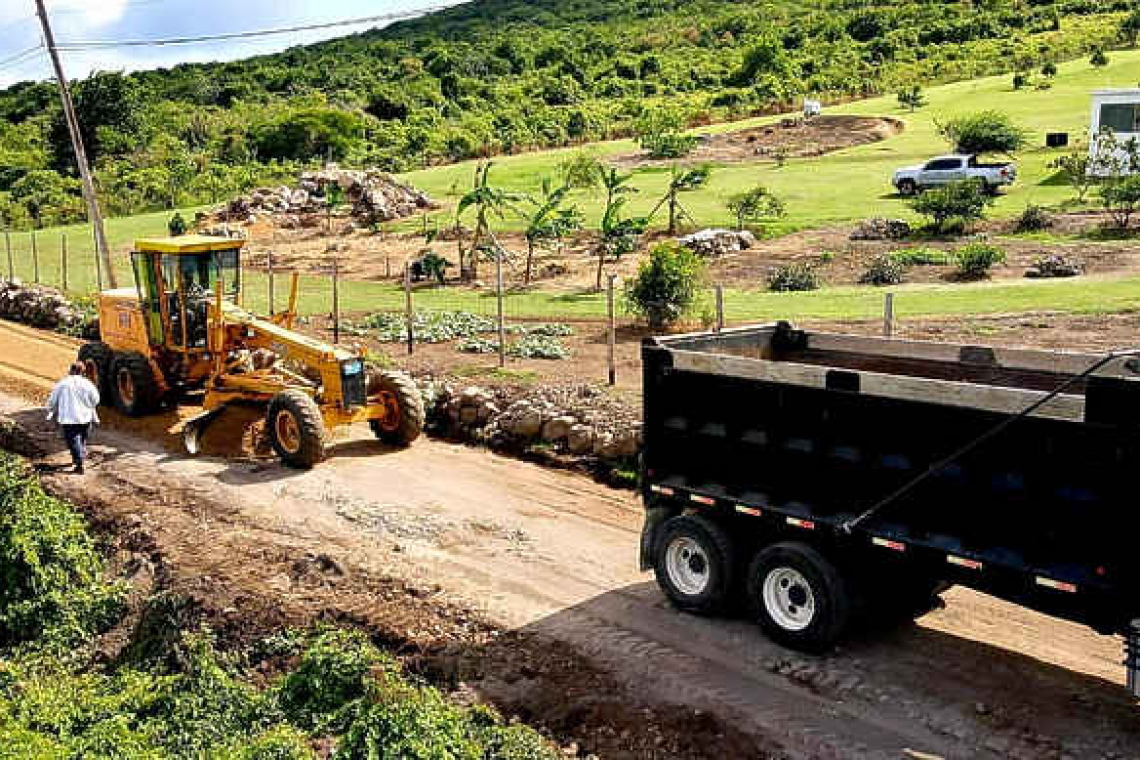 Tractor compressing dirt on the ground after it was dumped by a truck.

THE HAGUE--The Road Behind the Mountain project in St. Eustatius will be executed with extra urgency.

Dutch caretaker State Secretary of Home Affairs and Kingdom Relations Raymond Knops announced this in his recent progress report in which he gave an update to the Dutch Parliament about the developments in St. Eustatius where the Dutch government took over in February 2018.

“This road is important for the island’s economic development because the road leads to an area with a broad range in the tourism sector. Therefore, good accessibility is essential. The aim is to start the tendering for the Road Behind the Mountain in the first quarter of 2022,” stated Knops.

Work to improve the road already took place in November this year in anticipation of the definite reconstruction next year. The road has been widened, flattened and a water-repellent top layer was placed.

In addition, the first phase of the Airport Boulevard is being implemented. It is expected that the public tendering of this project will also take place in the first quarter of 2022.

Knops assured that the public entity St. Eustatius will see to it that local contractors will get sufficient opportunity to participate in these projects.

As for the roaming animals project, Knops announced that it has been decided to clear these animals simultaneously from Boven National Park as well as the residential areas. He noted that it was of great importance to stop the damage to prestigious, vulnerable nature caused by roaming animals.

Because the problem of roaming animals is not an isolated issue, the public entity developed an integral approach which includes developing of agriculture, nature restoration, removal of roaming animals, improving of veterinary service and food security.