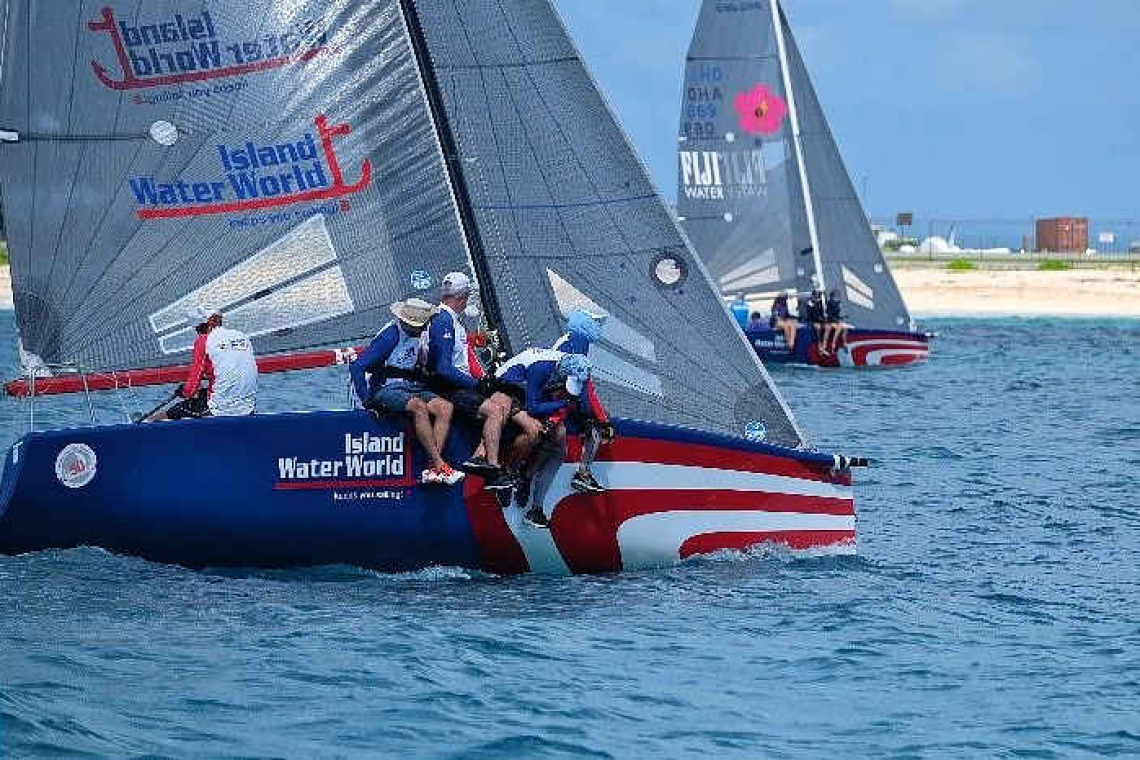 The two Melges 24s, Team Island Water World 1, helmed by Frits Bus, and Team Island Water World 2 helmed by Sam Peeks both placed first twice and two second places so they ended up in a tie.
Peeks took the first win of the day but was over early on the second start and had to go back.
Team Island Water World 2 won last race of the day, so was awarded the overall win based on the tie breaker rule.
Seven competitors got their boat ready in time for the first Keelboat race of the 2021-2022 Grant Thornton Keelboat Championship sailed in beautiful conditions Sunday.
Five boats competed in the Racing Class and there were two Sun Fasts 20.
Franny, a J 70, helmed by Jessica Sweeney was third in the racing class and followed by the Melges 24 from St. Martin, Caraibes Diesel and Wanna B, sailed by Joris v.d. Eynde.
In the Sun Fast 20, Robbie Ferron and crew sailed against Jordan Pieterse and her all under 18 crew from the Youth Sailing Program of the Sint Maarten Yacht Club.
Ferron was the overall class winner with four first place finishes.
Day two of the Starter Series is set for December 19.