Less participants but plenty of action for Motocross demo 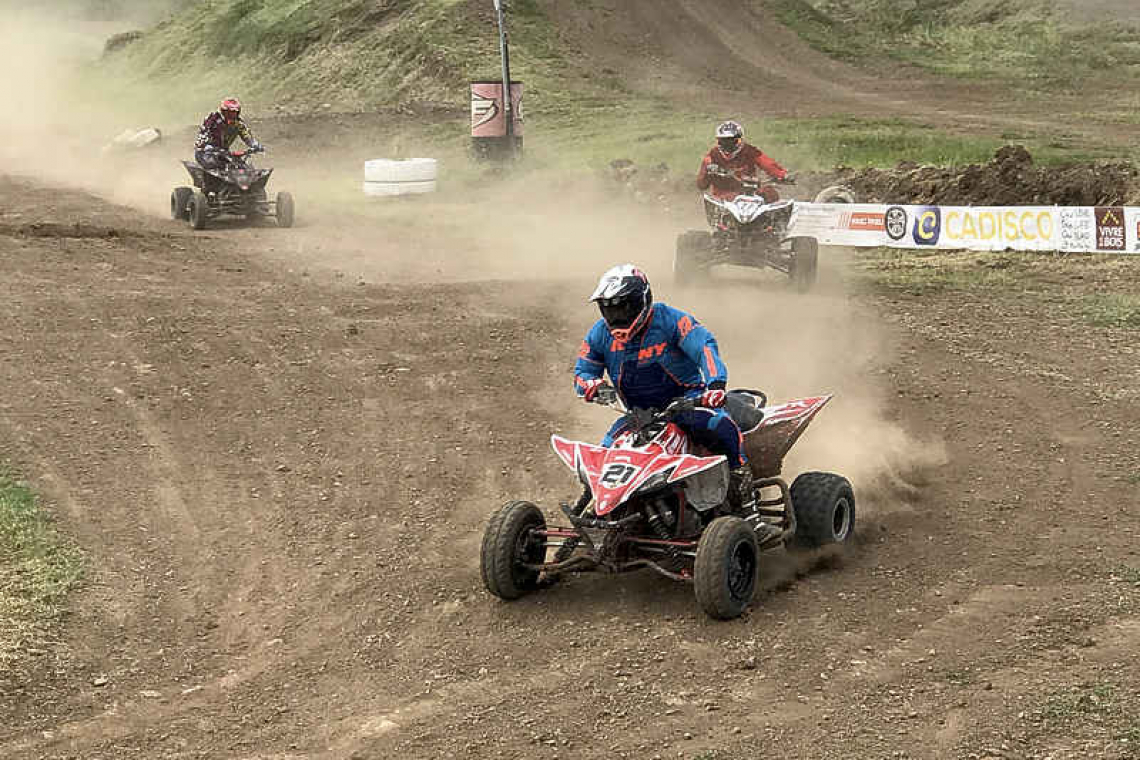 MARIGOT—The recent second Moto Cross demo day saw plenty of high-octane action in Bellevue in the motocross park but with fewer participants compared to the first event back in April.

Organisers said about 18 participants in total took part compared to some 28 riders for the first event but did not know the reason for the smaller turnout. This meant A and B classes of moto cross riders raced together, but the results of each class were recorded separately. The kids in different age groups also raced separately.

A good crowd of spectators turned out to watch the action in the dry and dusty conditions. Some light rain in the afternoon gave the course more traction. There was one accident in the morning but not a serious one. Four Quads also took part, and three of them were competitors from Guadeloupe.

According to board member Olivier Legoubey from organiser SXM Moto Cross Association, the association is not allowed to hold a formal competition as it is not affiliated to any federation.

“That might change in the future, but for now we are just competing between ourselves, that’s why we call it a demo day,” he explained. “It’s like a trial’s day. We are insured however with a company in France meaning every rider is insured.

“The disadvantage with being affiliated to a federation is firstly it’s quite expensive and secondly you are not allowed to alter the course in any way for five years. Someone comes from the federation to check your course to make sure everything is in order and safe. So, we the association didn’t approve of that. It means if there’s a jump you don’t like you can’t change it. For a small island like us, joining the federation is not really a viable proposition.”

There were familiar faces among the moto cross riders including the oldest participant Derek Nichol (72) and pro rider Julien Mercadier who was easy to spot on the course, racing faster and jumping higher than his rivals.  Now based in St. Martin, Mercadier has placed second a few times in the French National Championships, has won several regional championships, and also raced in the World Championships.