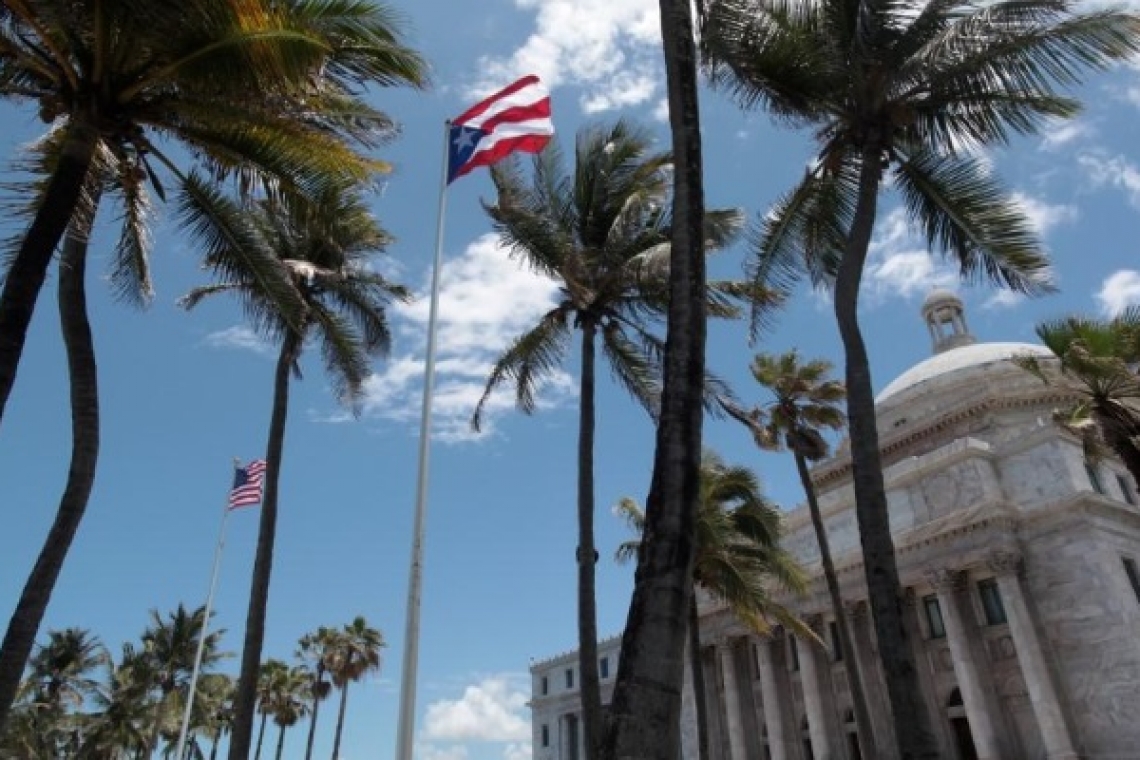 The flags of the US and Puerto Rico fly outside the Capitol building in San Juan, Puerto Rico, May 4, 2017. File photo credit Reuters/Alvin Baez.

SAN JUAN, Puerto Rico--Puerto Rico would shed about US $24 billion of debt and move closer to exiting bankruptcy under an agreement with bondholders announced on Sunday by the US commonwealth’s federally created financial oversight board.

The deal would cut $35 billion of bonds and claims to about $11 billion as it increases the ranks of general obligation (GO) and Public Buildings Authority (PBA) bondholders that signed onto a plan to restructure core government debt and more than $50 billion in pension obligations that the board filed in US District Court in September.

The Caribbean island commenced a form of municipal bankruptcy in May 2017 to restructure about $120 billion of debt and liabilities. Just months later, residents had to endure devastating hurricanes and more recently the strongest earthquake in more than a century.

In a statement, Oversight Board Chairman José Carrión said the deal “lowers total debt payments relative to the agreement we reached last year, pays off commonwealth debt sooner, and has significantly more support from bondholders, further facilitating Puerto Rico’s exit from the bankruptcy that has stretched over three years.”

However, the deal faces opposition from Puerto Rico Governor Wanda Vazquez because it does not roll back proposed pension cuts.

Under the agreement, bondholders would face average value reductions of 29 per cent for GO bonds and 23 per cent for PBA bonds, which is lower than haircuts of 36 per cent to 65 per cent that were included in the September plan of adjustment. The board had targeted more than $6 billion of GO bonds sold in 2012 and 2014 for low recoveries, contending they were issued in violation of Puerto Rico’s constitutional debt limit.

The deal would end the board’s pursuit to void those bonds in court and the risk that hold-out bondholders would recover none of their investment if the debt were invalidated.

Creditors would receive $10.7 billion in new debt, split between GO bonds and sales tax-backed junior lien bonds, along with $3.8 billion in cash, the board said. It also shortens the timeframe to pay off the island’s legacy debt to 20 years from 30 years.

Pensions remain an issue for the governor and others as the board has been seeking a maximum 8.5 per cent cut for retirees who receive more than $1,200 in monthly benefits.