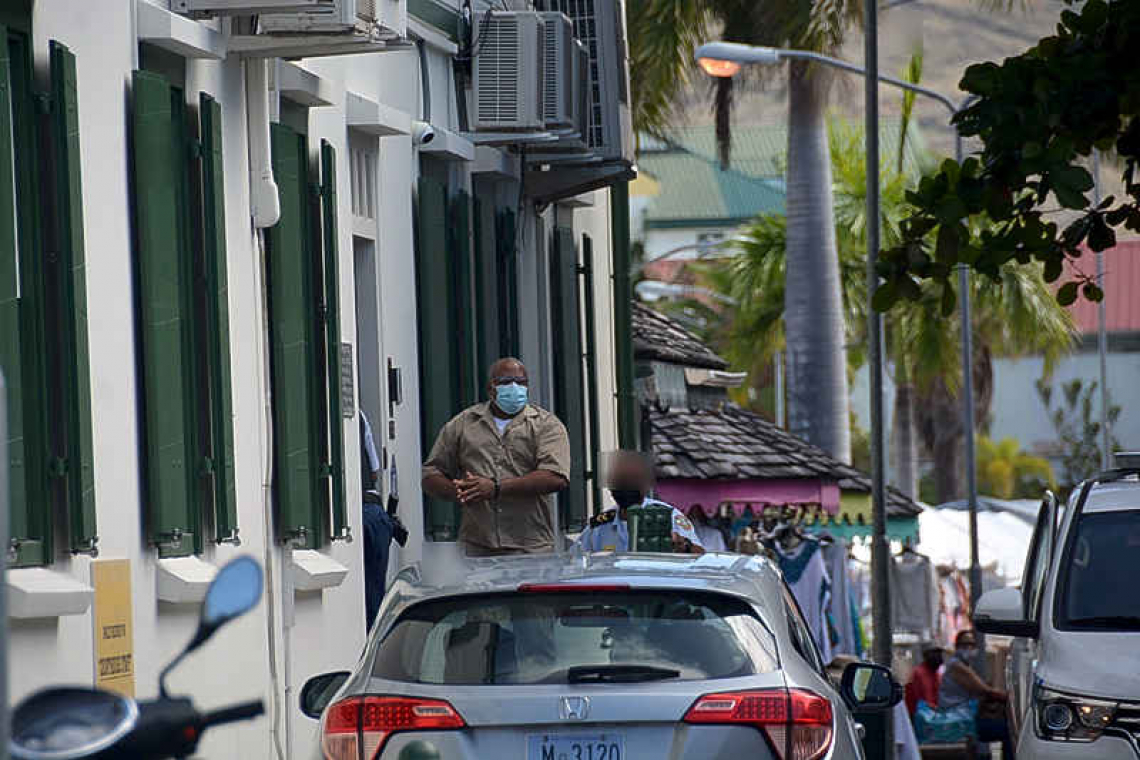 PHILIPSBURG--The Court of Appeals on Tuesday, June 22, sentenced Alexander Revan (47) to sixteen years for shooting one man dead and injuring another in broad daylight in the vicinity of Clean St. Maarten and telecommunications company TelEm on Pond Island, on October 3, 2019.

The Court of First Instance did find Revan guilty of manslaughter and attempted manslaughter and he was ordered to pay US $15,511 in damages. The defendant and the Prosecutor’s Office both appealed the verdict.

As the Prosecutor’s Office did not agree with the suspect’s acquittal of murder and attempted murder, the solicitor general called upon the Court of Appeals to sentence the defendant to 20 years.

Attorney-at-law Monique Hofman pleaded for acquittal of the murder and attempted murder charges and called for a lower sentence, where (attempted) manslaughter and illegal firearm possession were concerned.

Hofman said Revan should be acquitted of murder, because he had been stressed and overpowered by emotions due to the victim’s years of harassment.

The shooting incident appears to have originated in a large number of altercations between the defendant and the deceased since early 2017 over an argument about the lease of a plot of land.

The father of six children was once again confronted by victim F.D. Castillo Reyes and an employee during a traffic incident on Pond Island on October 3, 2019. He claimed he had been verbally abused and had stepped out of his car carrying a baseball bat. The bat was taken away from him during a brawl and he was hit on his back, his head and in his face.

Revan left the Pond Island area afterwards but returned approximately 20 minutes later with a firearm and shot the two men. Castillo Reyes died at the scene. The other man was shot in his right arm.

Revan turned himself and his firearm in at the Philipsburg police station after the shooting. He told the police, and the Court of First Instance during his trial, that he could not recollect anything about the shooting, claiming that he had “blacked out” as he had been overcome by emotions.

The Appeals Court found murder, attempted manslaughter and possession of a firearm with ammunition proven.

“In anger, the suspect went looking for Castillo Reyes at his workplace and fired bullets at him from close range. As a result, Castillo Reyes died and [the second victim – Ed.] was also injured,” the Appellate Court said in the verdict.

The suspect took the victim’s life and inflicted “great and irreparable loss and a lot of grief” on the next of kin and relatives of the victim.

This became particularly apparent from what was put forward by Castillo Reyes’s widow as the injured party during the appeal hearing. Also, for victim H. the shooting was an extremely shocking event, the Court of Appeals stated, which awarded $15,511.36 in damages to the family of the deceased.