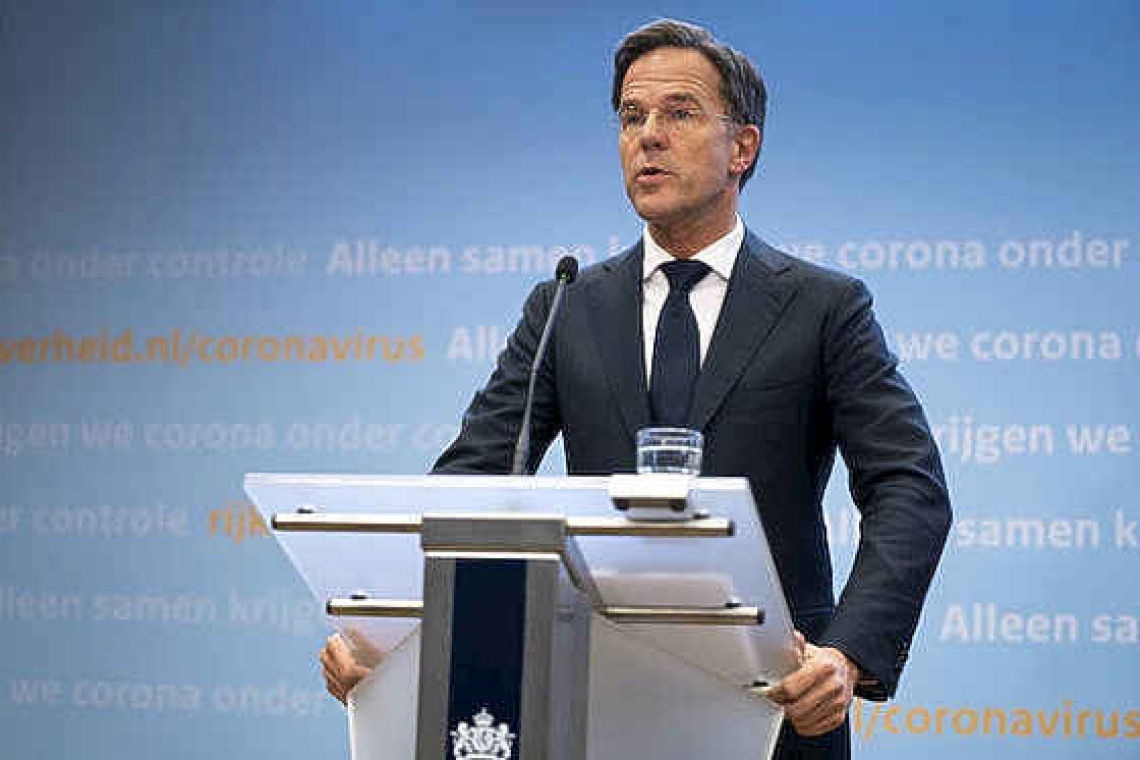 THE HAGUE--The Dutch government has made an exemption for the Dutch Caribbean in its decision to implement a travel restriction for inhabitants of the Netherlands until mid-January 2021. This means that Dutch tourists may travel to the islands that are on the ‘safe’ code yellow, which so far only applies to Curaçao.

Dutch Prime Minister Mark Rutte announced the leniency for travel to the Dutch Caribbean during a press conference on Tuesday evening. While the Dutch people are urgently advised not to travel abroad for the next 2.5 months, unless it is absolutely necessary, an exception is being made for the islands.

“We don’t treat the Caribbean part of the Kingdom as abroad. There is only a negative travel advice if the island is code orange. People can go to the Caribbean islands, unless they are on orange,” stated Rutte.

In practice this means that travel is only possible to Curaçao which has been on code yellow since July. Aruba and St. Maarten remain code orange for now, meaning that only essential travel is allowed. The number of infections on these two islands has been reduced, so the hope is that shortly they too will go to code yellow.

Bonaire is about to be changed from orange to yellow, according to Bonaire Island Governor Edison Rijna. He announced that on Wednesday, the Ministry of Foreign Affairs would put Bonaire back on yellow.

In September, October, there was a short, but major outbreak in Bonaire raising the number of cumulative COVID-19 cases since March to 131.However, the number of cases has been very low for several weeks, resulting in the decision of the island government to ask the Netherlands to put Bonaire back on code yellow.

Code yellow means that the destination is safe enough for visiting. Passengers do need show a COVID-19 PCR test with a negative result, which has been taken no more than 72 hours prior to departure. Persons visiting Curaçao must also fill in a Public Health Passenger Locator Card prior to departure and have a travel insurance. Quarantining is not necessary, also not upon returning to the Netherlands.

Minister of Public Health, Wellbeing and Sport Hugo de Jonge confirmed in a general update letter to the Dutch Parliament on Wednesday that the point of departure was that travelling to the Caribbean parts of the Kingdom remained possible, but only to the islands that have code yellow as travel advice.

De Jonge announced that it has been agreed that the Dutch government will shortly develop a ‘review framework’ for the Dutch Caribbean with regard to travelling, which will “do justice to the specific circumstances of the islands.”

The Curaçao hotel and restaurant sector responded very positive to the news that travelling from the Netherlands to the code yellow islands remained possible. The sector feared earlier that if the Netherlands were to implement a general travel restriction, 50 to 60 per cent of the Curaçao hotels and restaurants would have to close. This would result in a structural disruption of the local economy, also because there would be massive lay-offs.

Chairman of the Curaçao Hospitality and Tourism Associations CHATA Hans Slier suggested in a first reaction that State Secretary of Home Affairs and Kingdom Relations Raymond Knops may have played a role in the decision to keep Curaçao open for Dutch visitors.

During a press conference in Willemstad on Monday, Knops showed comprehension for the adverse consequences for the islands if the Dutch government were to follow the advice of the Dutch Outbreak Management Team (OMT) to restrict all travelling abroad. He said that if there was one person who really understood the situation, it was him, being state secretary of Kingdom relations.

“Knops saw that the Netherlands could not sign a political accord with Curaçao on Monday to invest on the island and then decide on Tuesday that Dutch tourists could no longer come to Curaçao,” said CHATA Chairman Slier.

Head of TUI Dutch Caribbean Rick van der Pluijm said he was very content that passengers could keep travelling from the Netherlands to Curaçao. “There is a lot of interest for travelling to Curaçao and that will only further increase. Travellers know that there is a strict testing regime and know that they can enjoy a relaxed vacation in Curaçao with the measures that are in place,” he said. TUI and Royal Dutch Airlines KLM are the two main airlines on the route Amsterdam-Curaçao.