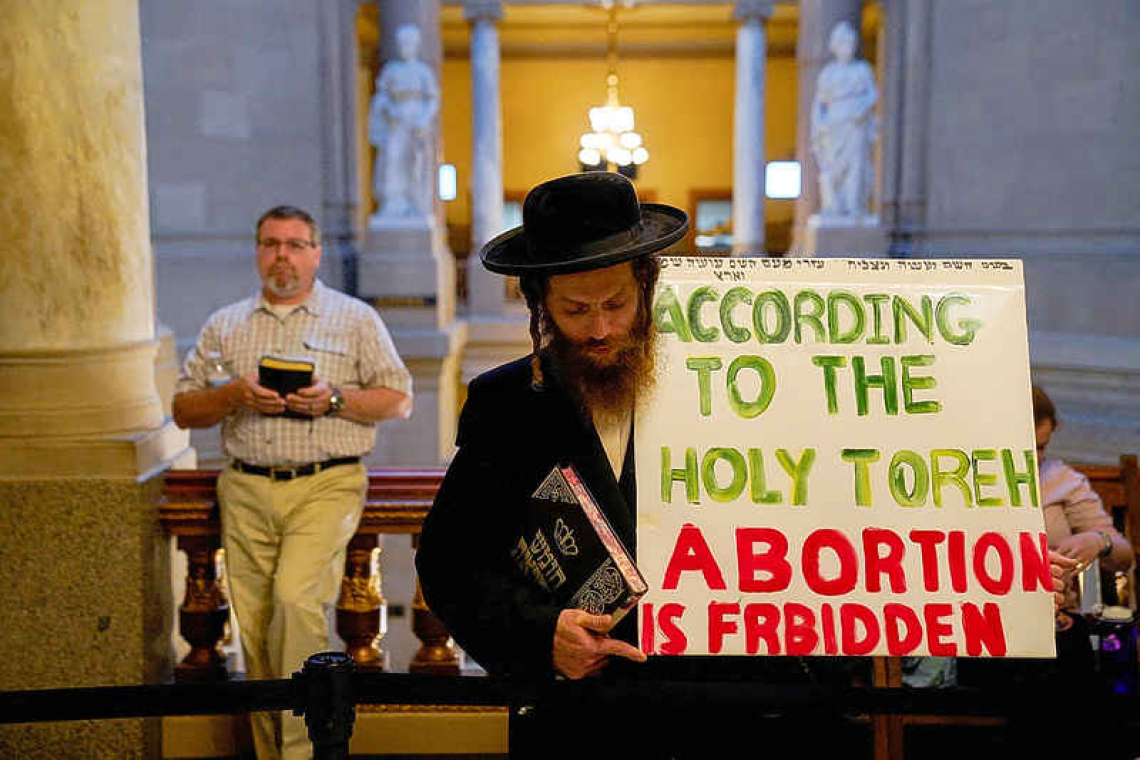 INDIANAPOLIS--An Indiana judge on Thursday blocked the state from enforcing its new law banning most abortions while Planned Parenthood and other healthcare providers challenge it in court.

Circuit Court Judge Kelsey Hanlon ruled that Planned Parenthood and the other providers had shown a "reasonable likelihood" that the law's "significant restriction of personal autonomy" violates the Indiana constitution.
"We are grateful that the court granted much needed relief for patients, clients, and providers, but this fight is far from over," Planned Parenthood and other organizations in the lawsuit, including the American Civil Liberties Union of Indiana and Whole Woman's Health Alliance, said in a statement.
Indiana Attorney General Todd Rokita said in a statement that his office would appeal and "remains determined to fight for the lives of the unborn."
Indiana was the first state to pass a new law banning abortion after the U.S. Supreme Court in June overturned the right to the procedure it had recognized in its landmark 1973 Roe v. Wade ruling, though other Republican-led states quickly began enforcing older bans. The Indiana law, which took effect last Thursday, prohibits all abortions with limited exceptions for rape, incest, lethal fetal abnormalities or a serious health risk to the mother.
Indiana maintained that the state constitution could not include a right to abortion because abortion was illegal at the time it was adopted. Hanlon, who was elected to the bench as a Republican, rejected that argument.
"The significant, then-existing deficits of those who wrote our constitution - particularly as they pertain to the liberty of women and people of colour - are readily apparent," she wrote.
Abortion rights advocates have since June challenged bans in state courts around the country. They have won preliminary orders blocking bans in states including Ohio and South Carolina, while bans have been allowed to take effect in Georgia, Mississippi and elsewhere.
Indiana lawmakers approve first state abortion ban since Roe overturned.