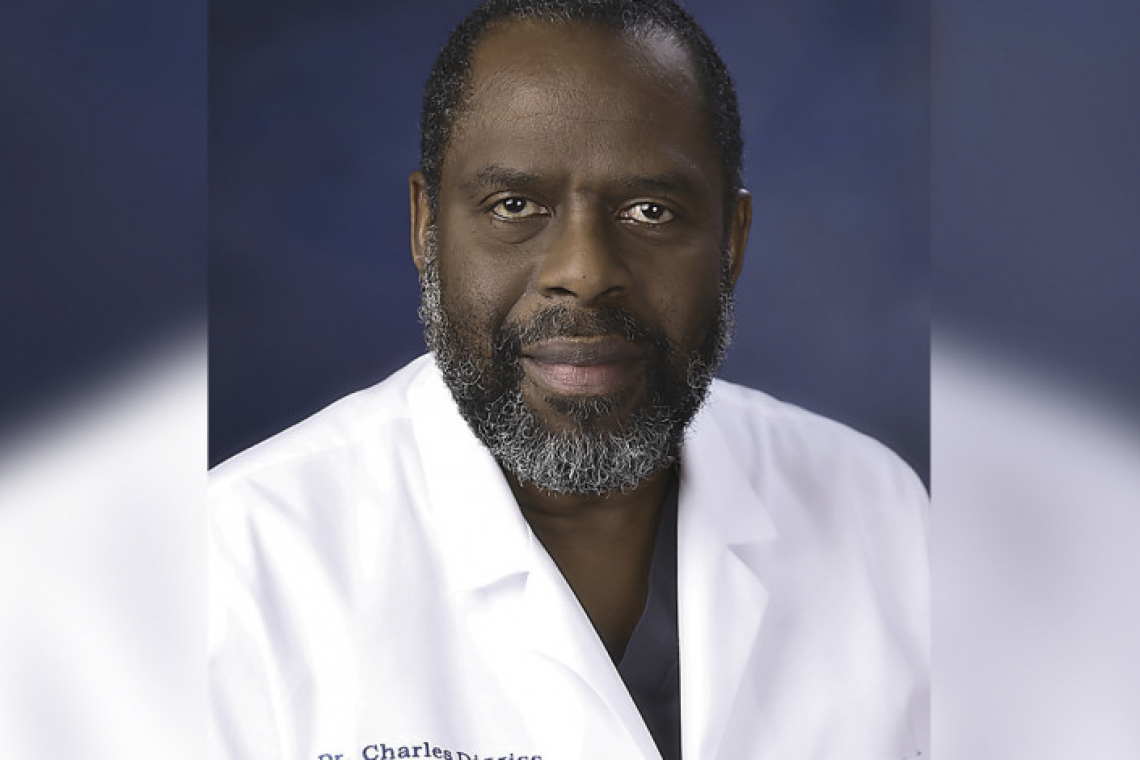 NASSAU, The Bahamas--With 120 employees out of its system, Doctors Hospital Chief Executive Officer (CEO) Dr. Charles Diggiss said on Wednesday that the hospital has seen a “disturbing” increase in ill COVID patients in recent weeks and warned that things could get worse.

“As it ramps up, it is a bigger threat. It seems a little nuanced. On the one hand, fewer of the greater number of patients require hospitalisation, so that gives you a sense of reassurance,” Diggiss told The Nassau Guardian.

“There is a definite advantage, benefit to being vaccinated and boosted. If you get infected, the disease is likely to be milder and your requirement for hospitalisation is likely to be lower. That’s very reassuring.

“However, if the number is so big, especially in the unvaccinated population, if that number is so big, then that benefit that you would have realised of persons who are vaccinated, that benefit goes off the table, because the unvaccinated presenting with serious and severe disease will become as significant as or worse than what we had to deal with in September and October of last year.”

Roughly 50 per cent of the eligible population is vaccinated against COVID-19, according to the minister of health.

More than 2,500 cases were recorded since December 27. While not yet confirmed, health officials believe the recent deluge in COVID cases is the result of the presence of the highly transmissible Omicron variant.

COVID-related hospitalisations jumped from 17 on December 27 to 71 on January 4. During that same period, hospitalisations at Doctors Hospital increased from two to nine. Diggiss described the increase as “a little disturbing”.

“What we’re seeing would be individuals who require treatment for serious and severe COVID illness,” he said.

“That’s the ramp up from the two about a week ago to about now, 12 at our Doctors Hospital West facility. This morning [Thursday – Ed.], I think we had about 14 hospitalised individuals with COVID … and the vast majority of that 14 were still unvaccinated.

“So the proportion of unvaccinated persons with serious and severe COVID remains the dominant proportion of the numbers of patients with COVID admitted to Doctors Hospital.”

The Bahamas’ fourth wave of the COVID-19 pandemic started in late December 2021.

There was a lull in cases in the weeks before. That lull followed months of brutal COVID-19 cases, deaths and hospitalisations which peaked in August and continued until early October.

The hospital’s antigen test positivity rate initially peaked at 1.38 per cent in September and then decreased to 0.54 per cent in October and 0.33 per cent in November. It jumped to 4.47 per cent last month and has already approached 15 per cent so far this month.

Last month, Prime Minister Philip Brave Davis warned that the fourth wave could be The Bahamas’ worst wave yet.

For this reason, Diggiss said Wednesday that Doctors Hospital used the lull to give its employees “some reprieve” and to replenish its stock of medication, intravenous (IV) fluids, oxygen, personal protective equipment (PPE) and other resources critical to its handling of the pandemic.

He said about 120 employees are currently out of the system because they either tested positive for the virus or were exposed to it.

“As with other institutions, that is obviously having its toll on our ability to provide care,” Diggiss said.

“But, from a patient perspective, it started very slowly about two weeks ago. If you look at our COVID care facility, towards the middle and end of December, we dropped to almost zero patients who would have required admission and care at that facility – that’s serious and severe COVID requiring ventilation, etc.

“We’re now at January 5 and we started perhaps with two a week ago and now we’re up to 12. So that trajectory is a little disturbing. We appreciate that the community spread is fairly prolific.

“We appreciate that as a result of that, there is relatively rampant spread affecting our associates; but we can see coming behind that is a rumbling of serious and severe infections and we need to prepare for what late January and February is going to look like.”

Diggiss said the hospital can admit up to 31 patients for COVID-19 “at varying levels of severity”. He said it can ventilate up to about 10 patients.

“The determining factor there is going to be the availability of respiratory therapists and critical care nurses who will be required to manage that,” Diggiss said. ~ The Nassau Guardian ~