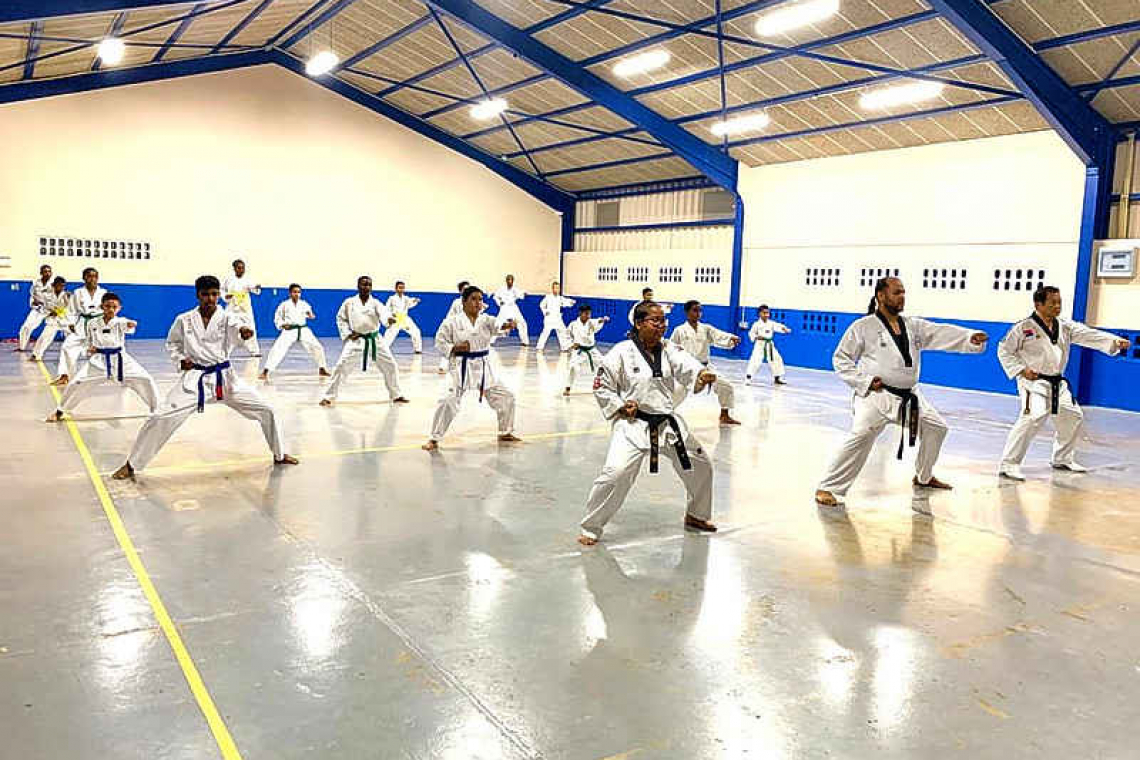 Members of the King Yen Taekwondo school train together before their quarterly belt examinations.

ST. PETERS—Thirty athletes from the King Yen Taekwondo School past their Third Quarter examinations and earned the right to wear the next level belt.

In accordance with the examination rules and regulations of the World Taekwondo (WT) and the Kukkiwon in Seoul South Korea and under the auspices of the St. Maarten Taekwondo Federation the King Yen Taekwondo school held their Third Quarter 2021 TKD exams in the Gymnasium of the Helmich Snijiders Hillside Christian School in St. Peters on Saturday.
These exams were authorized and tested by Grandmaster Theo Liu.
“Despite the difficult situation caused by the Covid pandemic the students have done very well,” said the grandmaster.
Assisting in the examination process were locally trained black belt holders Master Lee-Ann Liu (2nd Dan), Paul Djasmin (2nd Dan), Shekinah Carbon (1st Dan) & Master Pastor Rodriguez Leon (2nd Dan) from Venezuela.

Quarterly examinations are how students earn their next belt and move up through the ranks from beginner white belt to Black Belt ranks.

“Testing helps students see the importance of setting and working towards goals, which is an important life skill we want them to learn,” said Grandmaster Liu. He continued, “Testing helps students build self-confidence: TKD students maybe nervous about testing-that is natural because the next rank is something they really want –but we want them to learn to overcome their fears rather than to avoid everything in life that present them with a challenge. We don’t want them to quit every time things get a little tough.”

Grandmaster Liu added that he was happy to see so many parents and family members during the examinations. “In general, it is very important for parents to support their kids in whatever activity or hobby they are involved in," said the grandmaster Liu. 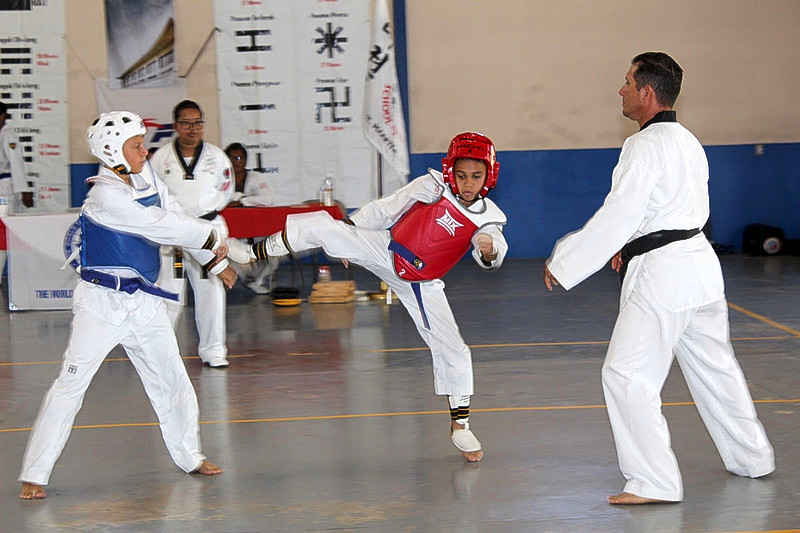