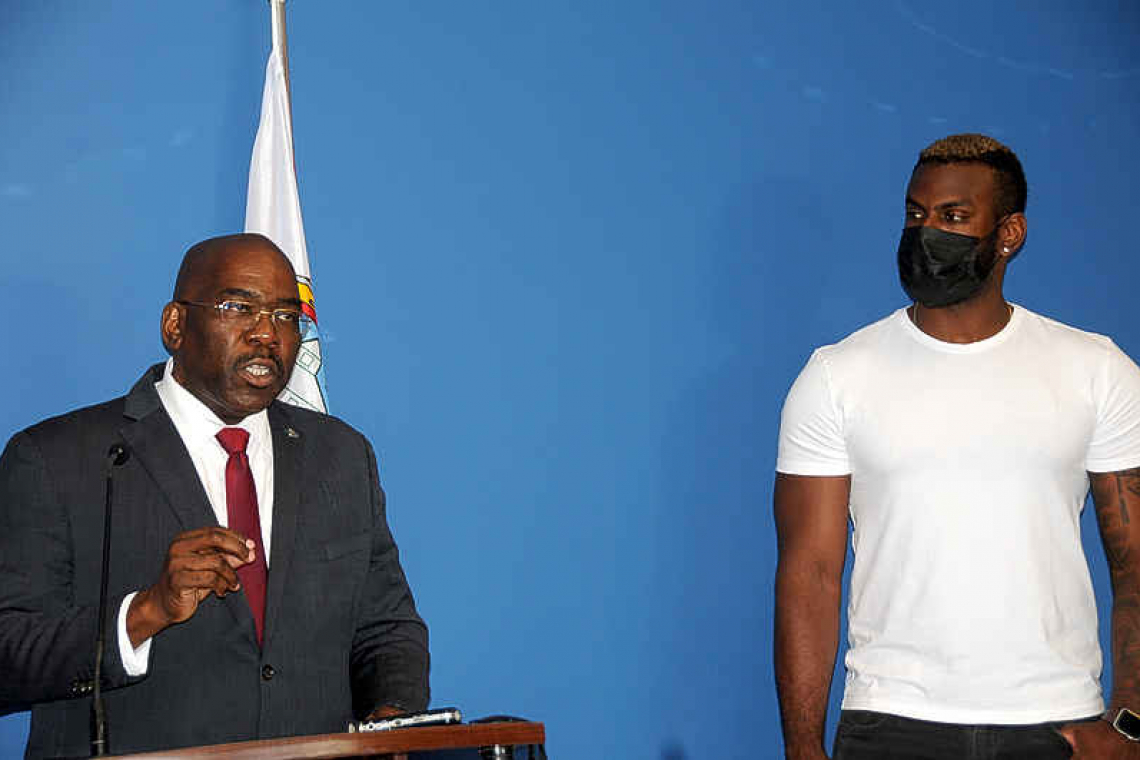 ST. MAARTEN--“Today I would like to let you know that St. Maarten is proud of you for the way you carry yourself. We appreciate the way you represent yourself and St. Maarten,” said Minister of Education Culture, Youth and Sport,  Rodolphe Samuel at the Government administration Building Tuesday.

“Denzel Richardson, you said you want everyone to know your name. So to everyone, I would like to say this is Denzel Richardson, a son of the soil of St. Maarten. Our very own.”
Richardson was honoured by the minister and the Department of Sport for his accomplishments on and off the baseball diamond.
On the field signed with the Colorado Rockies minor league team, at age of 17. He played pro-ball for four years with the Rockies and one year in the independent league.
Infrequent play began to weigh heavily on Denzel. He felt constant pressure to perform - and not knowing how to cope, he became unpleasant to work with.
Feeling distant, even ostracized from his team those first couple years, Richardson did something that would turn everything around – he asked the question, “what am I doing wrong?”
The constructive criticism he received was humbling and he began to actively work on himself.
“Learning to control what I can control, no longer trying to impress people and changing certain habits have made life much better and has restored my passion for baseball,” said Richardson.
In 2021 he was named as the Most Valuable Player of Dutch Baseball’s Hoofdklasse and helped win the European Championship plus made the Netherlands Olympic Baseball team.
Off the field Richardson, “now mentors youth in the Netherlands as a mindset coach on being the very best versions of themselves and aims to do the same here on St. Maarten,” said the minister.
The minister closed saying, “I hereby present to you this plaque to remind you that St. Maarten appreciates you and stands with you as you move from success to success.”