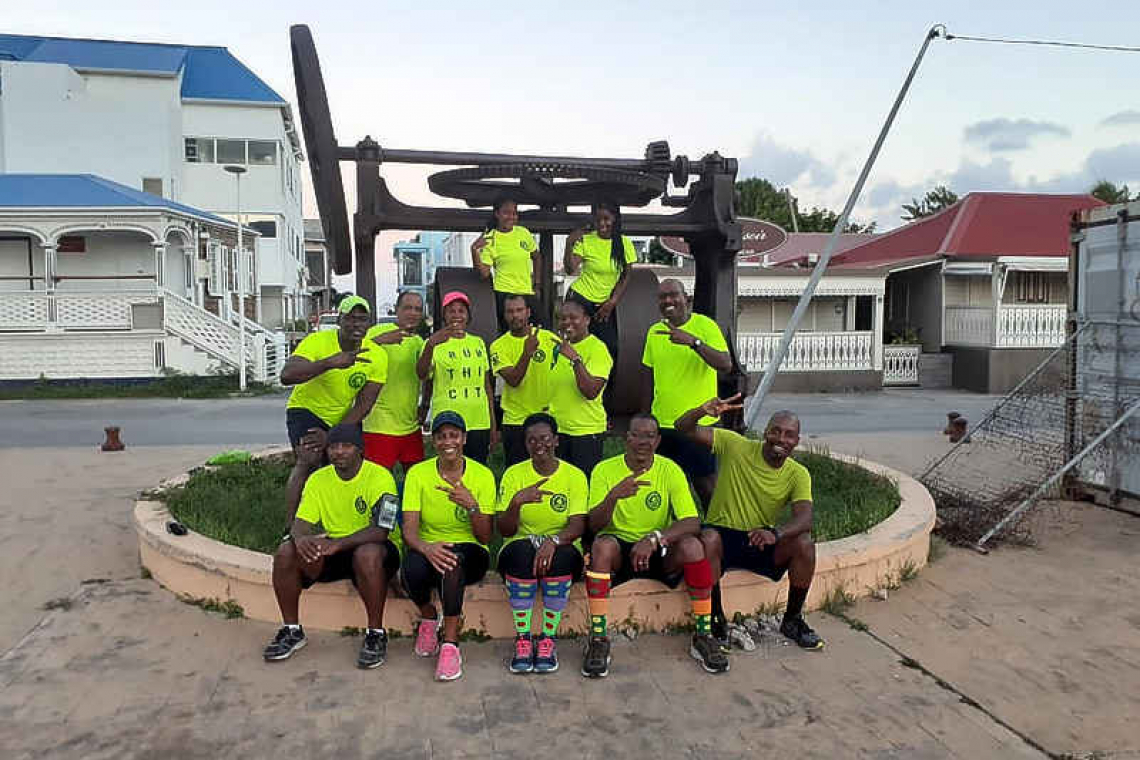 Big John Bootcamp Team, a newcomer to the Around-the-Island Relay this year.

SIMPSON BAY—A new team that will be on the start line for the 33rd Around-the-Island Relay Race on November 11 is the Big John Bootcamp Team assembled by its team captain Johnny Hodge.

Hodge, a professional fireman, is already well known for running with the French Fire station team (pompiers) for many years but decided this time to assemble his own team, realizing a dream that he had five years ago.

As the Bootcamp name suggests, the team is formed from an exercise group who not only exercise regularly for weight loss and fitness but also enjoy activities and excursions year-round. Big John Bootcamp was formed on November 4, 2015, and is approaching its fifth anniversary. It’s based at Riviera One in Sandy Ground while a part time one was started in Grand Case two years ago.

“This is a big challenge for the team, for the first time, but we are all excited and motivated,” said Hodge. “The goal was always to form a team for the Relay but it was this year that the guys and girls felt really confident to give it a go. We’ve been training for about a month now and everybody is familiar with their legs.”

“My expectation for the Bootcamp team is finishing in around tenth place,” Hodge predicted. “Of course, there is a rivalry between our team and the Pompiers. I ran with them for 10 years and never missed a Relay. This is the first time I won’t be running with them. They want to beat us and we want to beat them. We’ll be doing our very best, and keeping it fun at the same time.”

Currently 38 teams have registered for the Relay Race on November 11.