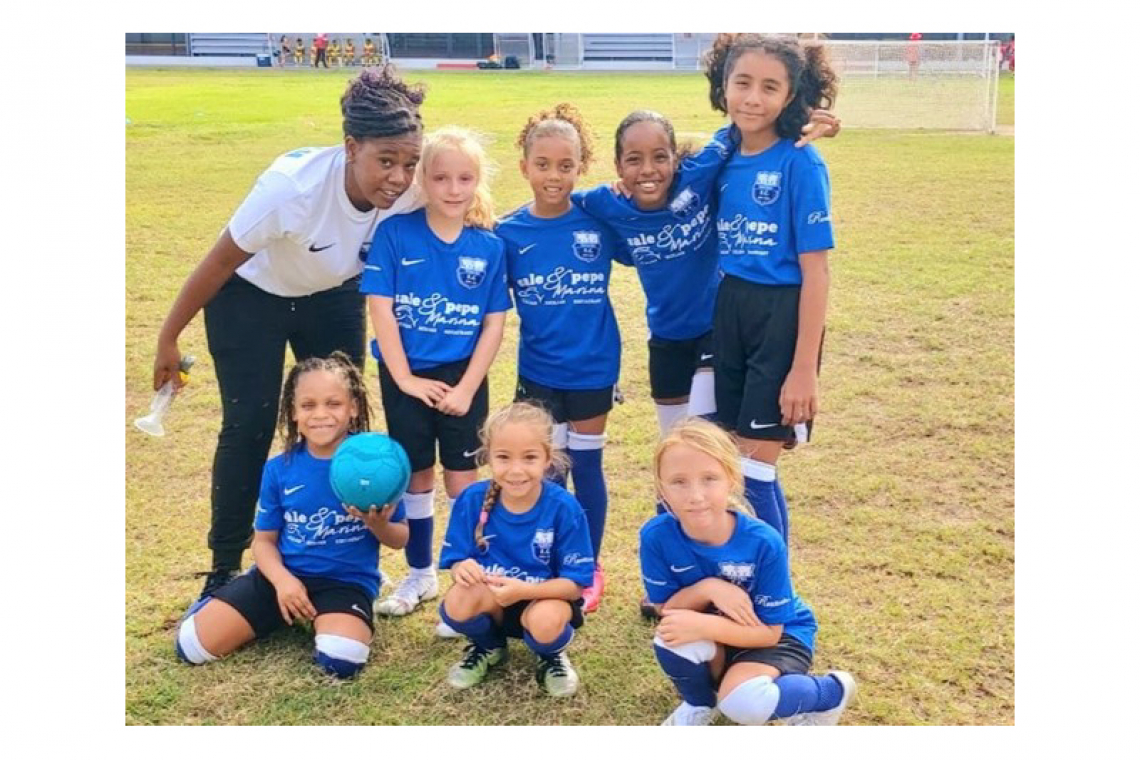 MARIGOT—The RISC Takers all girls football team competed in their first tournament in the Under 9 division at Stade Vanterpool on Saturday.  The girls played four matches against four different teams including RISC Takers boys which ended 1 -1.

The RISC Takers girls team is being coached by Ladiera Lake who coached the girls at the tournament and Sorailys Angela.
The girls team began some weeks ago when it was observed by the RISC Takers Association that more and more girls where interested in coming to join soccer. It was decided to have a dedicated practice for girls only on Thursdays.
Then news of the French side U9 tournament reached the association.  RISC Takers Association was very proud to announce to the French soccer organization that they would have an all-girls team enter the competition, said Jeroen van Dorresteijn.
Parents and supporters for the RISC Takers were on hand to support and cheers for the girls team.
The atmosphere was jovial and exciting as the girls took to the field. Parents sat in the bleachers wearing their masks, adhering to social distancing protocols as they cheered the athletes on with banners and chants.
For more information on the RISC Takers email to This email address is being protected from spambots. You need JavaScript enabled to view it. or visit risctakers.com.