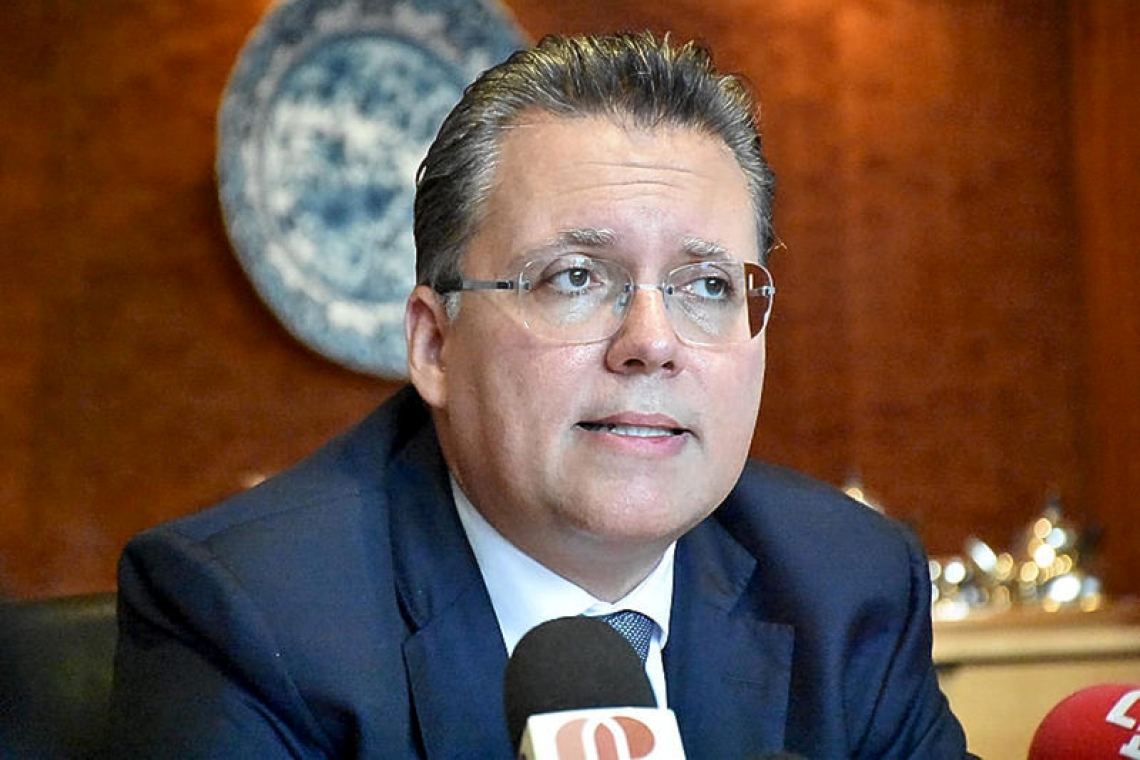 PHILIPSBURG--The Central Bank of Curaçao and St. Maarten (CBCS) said on Sunday that it has calculated the macroeconomic effects of a solidarity levy at the request of Curaçao’s Minister of Finance.

“The analysis reveals that the solidarity levy will result in an even deeper economic contraction in 2020 than was initially projected, even though part of the revenues from the levy will be allocated for income support for some of the vulnerable and most affected groups in society,” CBCS Interim President Dr. Jose Jardim said.

Curaçao’s economy has been hit hard by the global outbreak of the COVID-19 coronavirus and government has taken measures to contain a local spread of the virus. Assuming a closure of the borders for a period of three months and a lockdown of one month followed by a gradual recovery after re-opening, the CBCS projected an economic contraction of 17.7 per cent. However, it should be noted that the longer the duration of the lockdown and border closure, the deeper the contraction will be.

“The deep economic contraction will cause a further increase of unemployment, more poverty, and a worsening of the public finances. Curaçao was already facing major socio-economic challenges before the outbreak of the pandemic that are currently aggravated,” Jardim said.

“The government of Curaçao has requested financial support from the Netherlands. The first tranche of liquidity support covering six weeks up ’til mid-May was, however, significantly lower than the amount the government had requested to finance the support measures. Therefore, other options should be explored.”

One of the options being considered by the Curaçao government is the introduction of a general solidarity levy on all income equal to or above the wage limit for the ZV-OV premium for the year 2020, i.e., a gross monthly income of NAf. 5,781 or higher.

The government of Curaçao intends to use the other part of the revenues from the solidarity levy for other purposes: replenishment of the reserves of the Social Insurance Bank SVB, compensation for the loss of revenues of the government, and financing of the operational cost of the support measures. In addition, not all affected groups in society will be eligible for support, resulting in a decline of their consumption.

“Consequently, there is only a partial redistribution of income from the group with an income above the wage limit towards the group with an income below the wage limit. That explains the projected decline in private consumption as a result of the solidarity levy. The greater the share of the revenues that will not be allocated for redistribution, the greater the negative effect on the economy,” said Jardim.

Based on a rate of 10 per cent, the net revenues of the government as a result of the solidarity levy will be only NAf. 67 million. “Therefore, it is not realistic to expect that an economy that was already contracting for a few years before the outbreak of the pandemic will generate substantial revenues through a solidarity levy to finance the remaining package of support measures,” Jardim said.

“It is recommended that the government explores ways of reducing its expenditures instead of introducing an additional tax. The freed-up funds can be complemented by additional financing from the Netherlands and, to a lesser extent, loans on the local capital market.

“The limited available funds to cover the income that has been lost as a result of the lockdown call for restarting, in a responsible yet swift manner, of key economic activities that are currently in a standstill, in order to reduce the cost of the lockdown and initiate the economic recovery,” Jardim noted.