No new COVID-19 cases for Dutch side, number tested up slightly 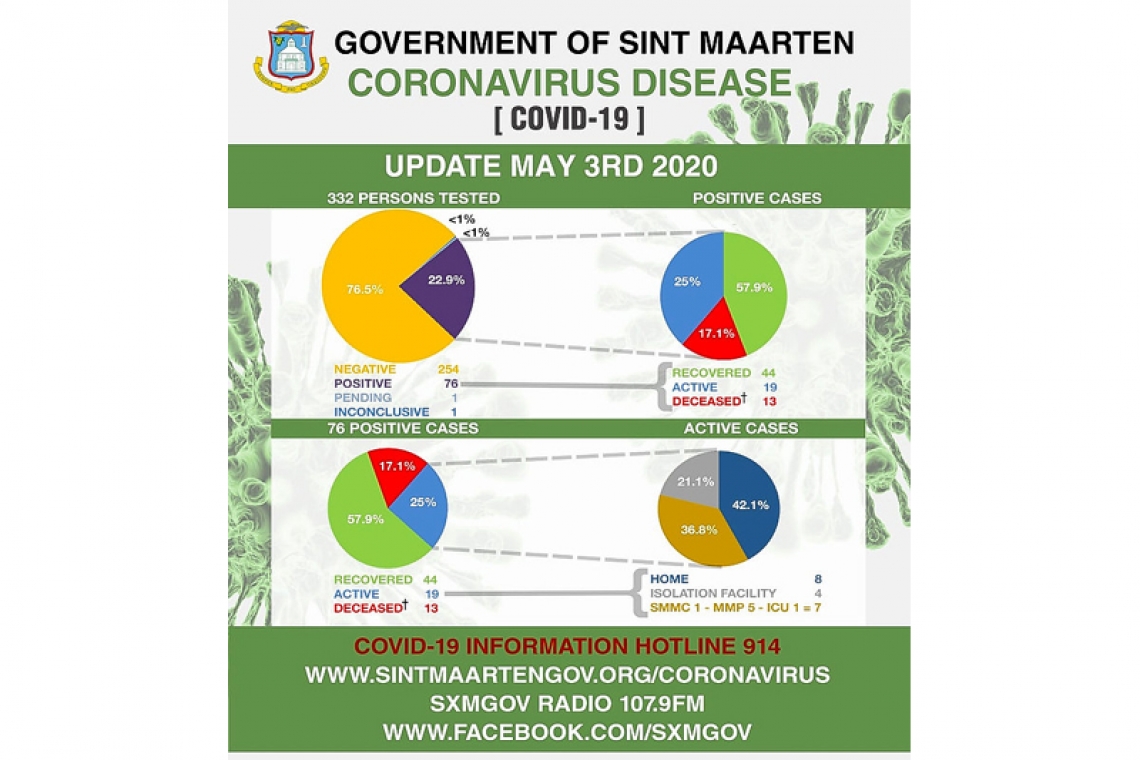 PHILIPSBURG--No new COVID-19 cases have been recorded in Dutch St. Maarten in recent days. However, the number of persons tested has increased slightly – from 329 to 332, and the number of persons who tested negative went up by three – from 251 to 254, an update in the figures for up to Sunday, May 3, shows.

According to the figures provided by government up to Sunday, there were 145 persons in self-quarantine; 104 in self-isolation (persons who are displaying symptoms); 332 tested; 76 positive cases; 254 negative cases (three more than the last set of figures released); one test pending; one inconclusive; 13 deceased; 44 recovered; and 19 active cases. The total number of positive cases includes 54 men and 22 women.

Additionally, there are seven persons who are hospitalised at St. Maarten Medical Center (SMMC). In its most recent update late last week, SMMC’s Outbreak Management Team (OMT) indicated to Prime Minister Silveria Jacobs that seven COVID-19-suspected or -confirmed patients had been admitted: five confirmed patients were in the Mobile Medical Pavilion (MMP), one patient in the Intensive Care Unit (ICU) tent and one patient in the main SMMC building.

Of the five patients in the MMP, two were dialysis patients whose conditions had improved and were expected to be discharged soon.

It could not be ascertained whether these figures remained the same as of Sunday.