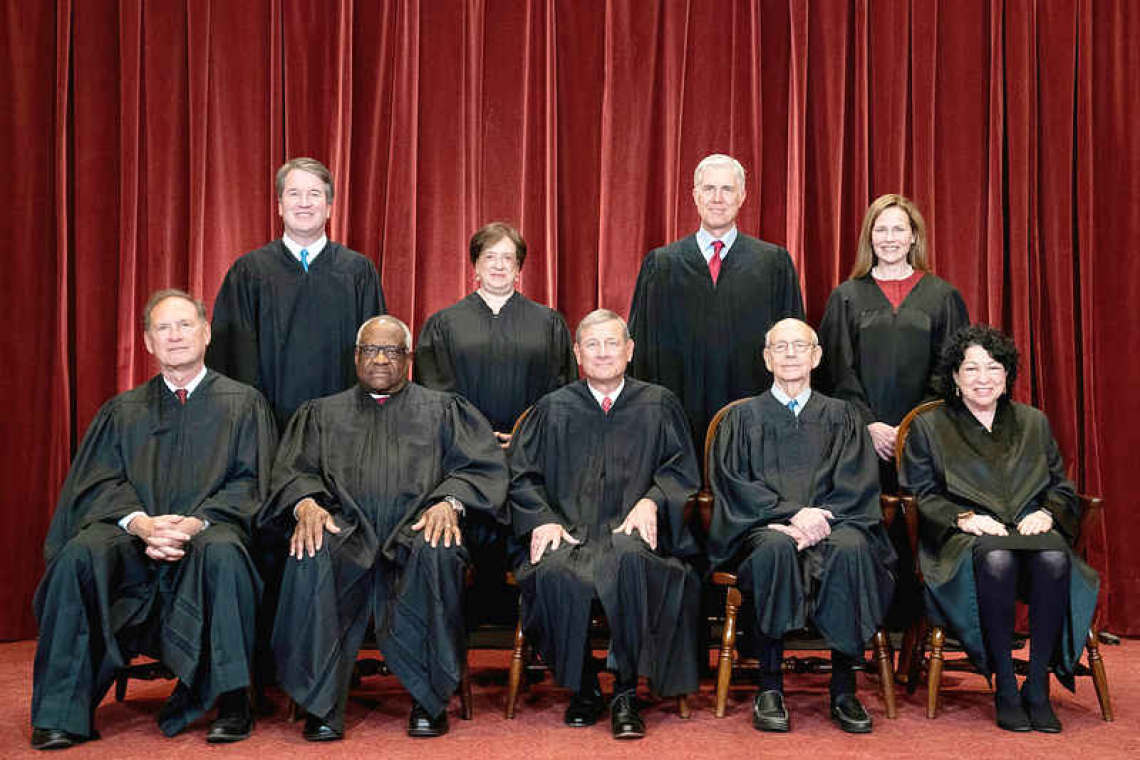 The twin 5-4 decisions in favour of the Roman Catholic Diocese of Brooklyn and two Orthodox Jewish congregations were two of 10 decisions in the past year backing religious groups chafing under pandemic-related measures that forced them to close their doors or otherwise limit usual activities. All 10 requests were granted via the court's "shadow docket" in which emergency applications are decided hurriedly and sometimes late at night in a process that critics have said lacks transparency.
A Reuters analysis of emergency applications over the past 12 months offers a glimpse into the full range of parties seeking urgent relief from the top U.S. judicial body through the shadow docket. The justices have increasingly relied upon this process to make rulings in a wide array of cases without the normal deliberative process involving public oral arguments and extensive written decisions.
The analysis found that the court repeatedly favoured not just religious groups - another example of the expansive view it has taken in recent years toward religious rights - but also former President Donald Trump's administration, while denying almost 100 applications by other private individuals or groups.
Emergency applications were a key part of the court's docket during this one-year period that spanned a deadly pandemic and the contentious 2020 presidential election that Trump lost to now-President Joe Biden. Pandemic-related restrictions and changes to voting procedures intended to help Americans cast ballots amid a public health crisis both became deeply partisan issues as Trump and his conservative supporters challenged them.
The court, which has six conservative justices and three liberals, received 150 emergency applications during this period seeking substantive relief and granted 29 such requests at least in part, a review of court records found. Like the religious entities, Trump's administration prevailed on 10 occasions, mainly over its successful efforts to execute 13 death row inmates as it resumed capital punishment on the federal level for the first time since 2003.
The other nine requests granted by the justices were brought by states and other governmental entities, including two by Republican officials in South Carolina and Alabama that curbed efforts to facilitate voting during the pandemic.
Private petitioners that were not religious entities - including immigrants fighting deportation and 33 people who filed without the assistance of lawyers - were out of luck. None of their requests were granted.
Of the 150 cases, 42 involved disputes over the legality of public health measures related to COVID-19 and 22 concerned fights over voting, many of which also were pandemic-related.
David Gans, civil rights director at the Constitutional Accountability Center liberal legal group, said the data indicates the court has a "serious legitimacy problem" in part because of the lack of transparency and the impression that certain litigants have favoured status.
"The biggest losers are the American people. By engaging in rushed decision-making and issuing rulings with little to no reasoning available to the public, the Supreme Court is acting without the sustained consideration, reflection, transparency and accountability Americans expect from the Supreme Court," Gans added.
Unlike the 56 rulings the court issued after the traditional process of hearing oral arguments, the shadow docket decisions often do not reveal how the justices voted. While the New York religious challenge decided late on Nov. 25 came with a seven-page written decision, the court often provides little or no explanation in shadow docket actions.
Any litigant can file an emergency request to a single justice, who subsequently decides whether to forward it to the full nine-member court. Five votes are needed to grant a request.
Of the 150 shadow docket cases, 73 were referred to the full court. The vote breakdown is known in only 14 of them. At least one justice publicly dissented in 41 cases. The liberal minority in 18 cases noted disagreement when the court granted a request.
Possible changes to how the justices manage the shadow docket are being considered by a commission formed by President Joe Biden to study Supreme Court reforms.
Experienced Supreme Court lawyers, both liberal and conservative, are not sure major changes are needed regarding the shadow docket. A group of them submitted a report this month saying the justices should consider modest changes, including hearing oral arguments by telephone in some cases and issuing more written opinions explaining their reasoning. The lawyers opposed other proposals including changing the legal standard for when a request should be granted, saying that when handling emergency applications the court "must be fast and flexible."
Melissa Sherry, who has argued cases before the justices and is not a commission member, said the court does not always have time to explain itself. Sherry suggested that cases in which it overturns a lower court ruling "are the ones that call out the most for transparency and thorough written and reasoned decisions."