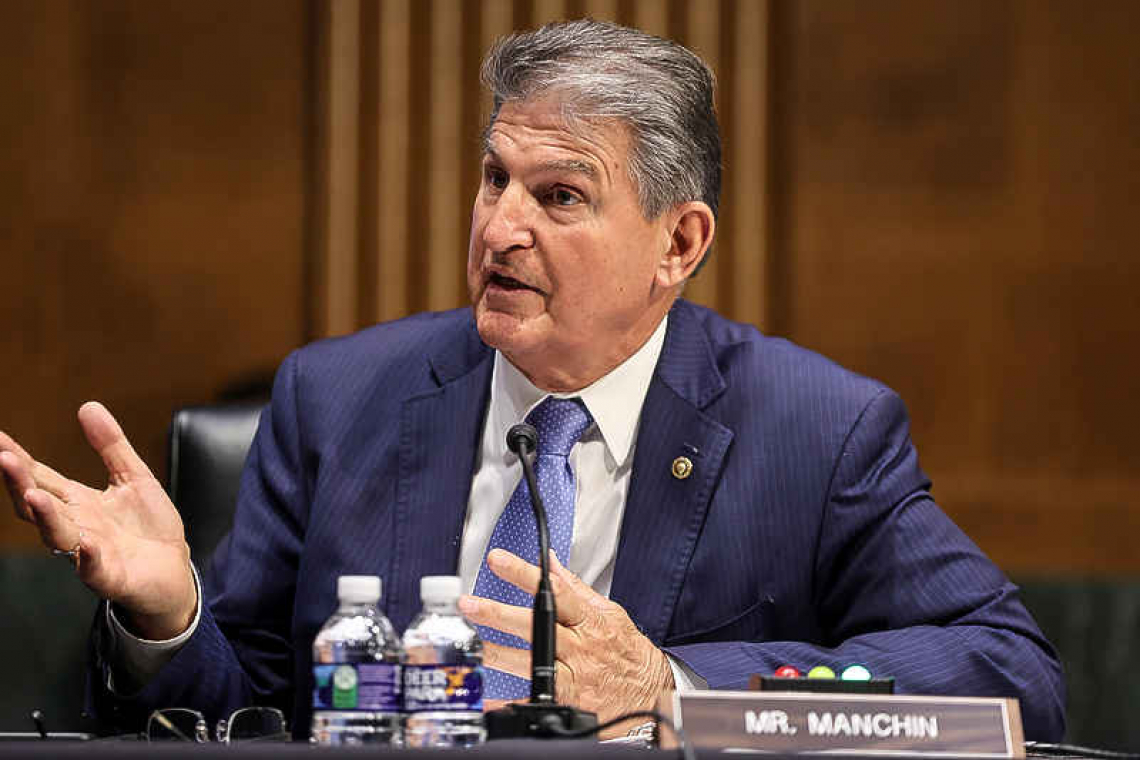 WASHINGTON--Democratic Senator Joe Manchin on Sunday said he opposes using a maneuver that would enable his party to pass U.S. President Joe Biden's $2.3 trillion infrastructure proposal without Republican support, saying he favors a smaller and "more targeted" bill.
Manchin, a West Virginia moderate who holds the power to block the Democrats' agenda in the evenly divided Senate, rejected the idea of using a process called budget reconciliation to pass the Democratic president's proposed $2.3 trillion infrastructure legislation.
While most legislation needs 60 votes to advance in the 100-seat Senate, the reconciliation process allows for a simple majority. Democrats control the Senate because Vice President Kamala Harris can cast a tie-beaking vote.
"More targeted," Manchin, a key vote in the closely divided Senate, told CNN's "State of the Union" programme, referring to a bill that would incorporate internet broadband, roads and water infrastructure needs. Asked if he would back another bill with other related spending through a process called reconciliation, Manchin said "no."
Biden's sweeping proposals in his infrastructure proposal also include $400 billion for in-home and community-based care for the elderly and disabled as well as $100 billion for school and child care facilities - two areas left out of a $568 billion Republican counteroffer introduced last week.
Manchin said while such areas need to be addressed, it was hard to build public support for a massive bill that goes beyond what he called "traditional" infrastructure needs. "I think they should be separated," Manchin said. "When you start putting so much into one bill ... it makes it very, very difficult for the public to understand." He called the Republican proposal "a good start" for negotiations.
Republican Senator Lindsey Graham told "Fox News Sunday" he met with Manchin last week to discuss the infrastructure bill, adding that while he opposes the cost of Biden's plan, he was optimistic Republicans and Democrats could work out a deal.
"I think there's a bipartisan compromise coming about," Graham said. "I think there's a sweet spot on infrastructure where we can find pay-fors that won't hurt the economy."
Democrats passed Biden's $1.9 trillion COVID-19 relief bill using reconciliation over Republican opposition in March, handing the president his first major legislative success. The White House did not comment on Manchin's remarks.