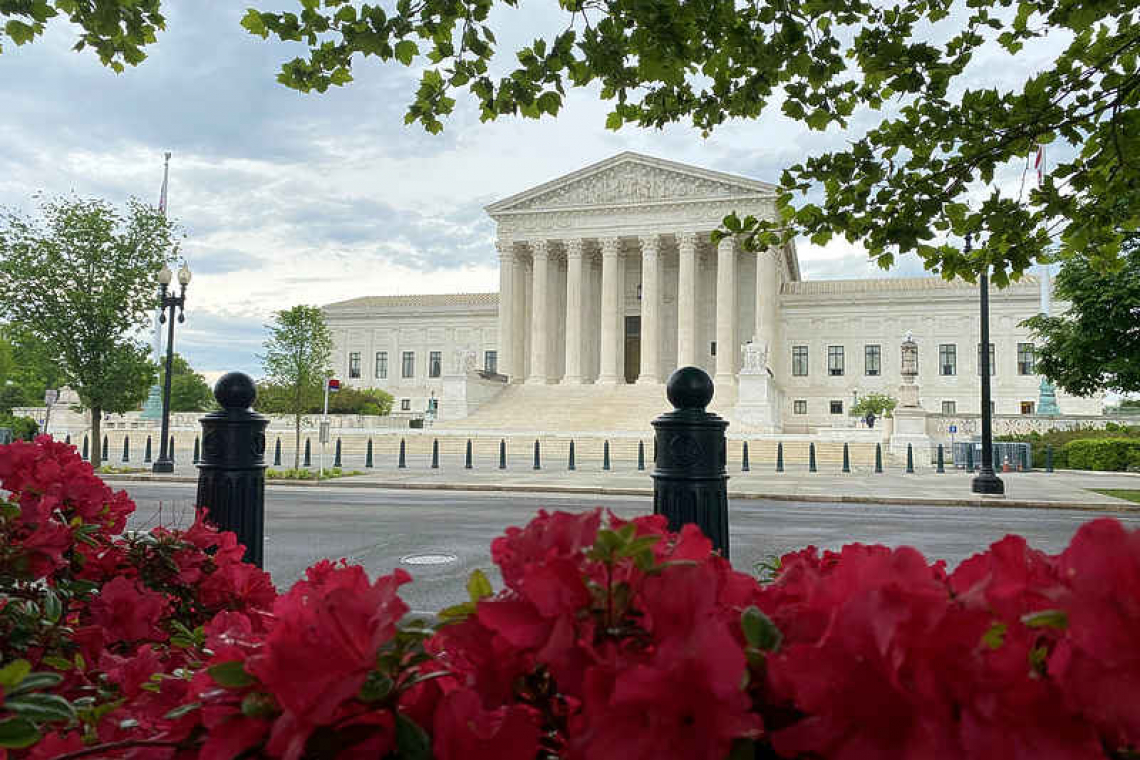 WASHINGTON--The U.S. Supreme Court on Thursday made it easier for states to impose sentences of life in prison without parole on juvenile offenders, ruling against a Mississippi man convicted of killing his grandfather at age 15 in a case testing the Constitution's Eighth Amendment ban on cruel and unusual punishment.

The justices in a 6-3 ruling rejected arguments by the inmate, Brett Jones, that his sentence of life in prison with no chance of parole violated the Eighth Amendment because the judge in his trial had not made a separate finding that he was permanently incorrigible. The court's six conservative justices were in the majority, with the three liberal members dissenting.
Jones, now 31, was convicted of fatally stabbing his grandfather in 2004 in a dispute involving the boy's girlfriend. The ruling, authored by Justice Brett Kavanaugh, marked the end of the court's recent run of decisions that put limits on life sentences without parole for juvenile offenders. The court has moved rightward with a 6-3 conservative majority after the addition since 2017 of three justices appointed by former President Donald Trump.
The ruling will lead to "uneven and arbitrary imposition of life without parole on children, based more on geography and the race of the defendant than their culpability and capacity for change," the Campaign for the Fair Sentencing of Youth advocacy group, which supported Jones, said in a statement.
Juvenile life sentences without the possibility of parole have come under heavy scrutiny in recent years as part of a larger debate over criminal justice and sentencing reform in the United States. Of the 50 states, 25 have banned such sentences, with Maryland becoming the latest to do so earlier this month.
Kavanaugh said in the ruling it was the responsibility of states - not courts - to "make those broad moral and policy judgments" about juvenile sentencing reform. "Jones's argument that the sentencer must make a finding of permanent incorrigibility is inconsistent with the court's precedents," Kavanaugh added.
As long as the state considers the youth of the offender during sentencing, no other analysis is required, Kavanaugh wrote.
In a scathing dissenting opinion, liberal Justice Sonia Sotomayor said the court effectively gutted previous rulings that imposed new restrictions on juvenile sentencing. "The court is fooling no one," Sotomayor wrote, saying that without a finding of permanent incorrigibility, judges can effectively circumvent the court's previous rulings that limited such sentences.
Sotomayor noted that 15 state courts have found that the earlier Supreme Court rulings required a finding of incorrigibility. "The question is whether the state, at some point, must consider whether a juvenile offender has demonstrated maturity and rehabilitation sufficient to merit a chance at life beyond the prison in which he has grown up. For most, the answer is yes," Sotomayor wrote.
In a 2012 ruling, the Supreme Court had decided that mandatory life sentences without parole in homicide cases involving juvenile offenders represented cruel and unusual punishment. The court had previously ruled that juveniles could not be executed and only juveniles accused of murder could be subjected to life sentences without the possibility of parole.
In 2016, the justices decided that the 2012 ruling applied retroactively, meaning that convicted criminals imprisoned years earlier could then argue for their release.