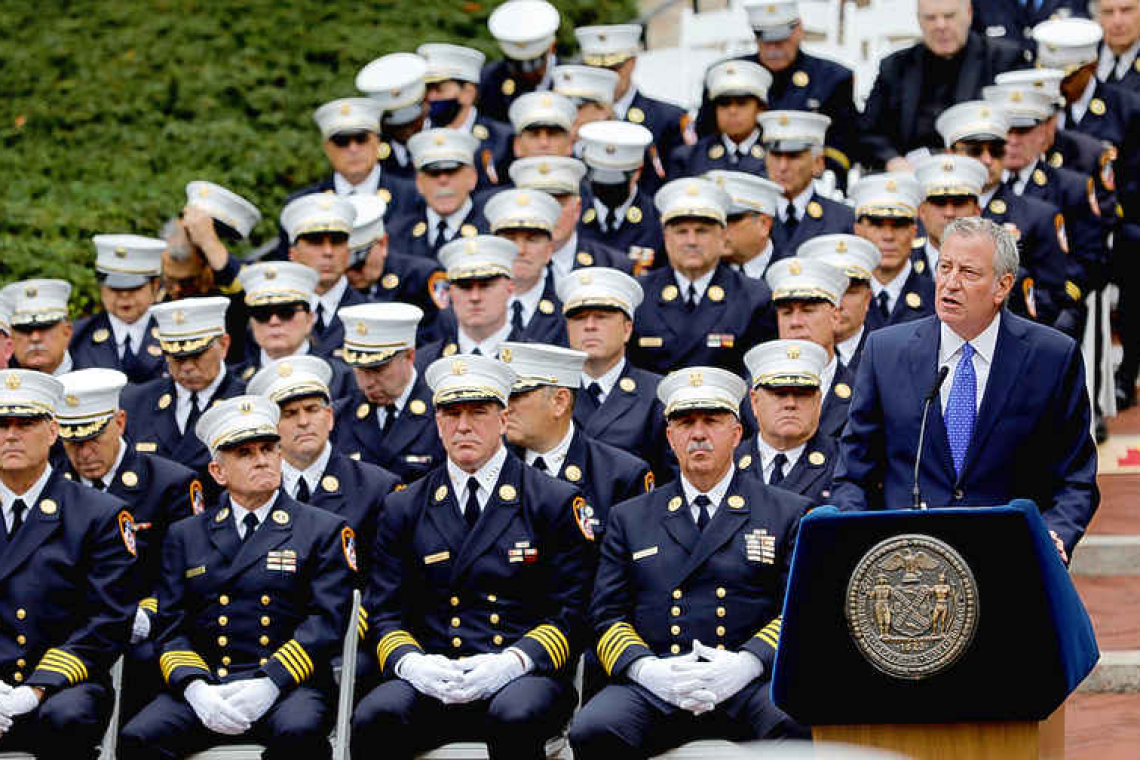 NEW YORK--New York City Mayor Bill de Blasio's security detail was misused for personal tasks, including helping his daughter move and shuttling his son to and from college, a watchdog agency said on Thursday, likening the actions to a "concierge service."
It also said the mayor has not paid back the city for more than $300,000 in security expenses related to his presidential campaign.

In a 47-page report, the city's department of investigation (DOI) found that a police van and members of the mayor's protective police detail aided Chiara de Blasio's move from her Brooklyn apartment to the mayoral residence, Gracie Mansion.
Investigators also found that members of the detail drove Dante de Blasio, the mayor's son, between the city and Yale University in Connecticut, as well as transporting him to destinations within the city.
In a lengthy rebuttal delivered at a news briefing, de Blasio said he always deferred to New York City Police Department security experts and called the report unfair, unprofessional and inaccurate. He also faulted investigators for failing to consult with the NYPD's top security official, John Miller, in preparing the report.
"I am literally shocked at the number of inaccuracies in this report," he said.
Miller, who accompanied de Blasio to the City Hall briefing, told reporters the police had logged 308 threats against the mayor and his family over the last eight years. The mayor and the police inspector in charge of his detail both told investigators the children were entitled to protection, according to the report.
But DOI Commissioner Margaret Garnett told reporters that the city's police department did not assess whether the mayor's children had "legitimate security needs" before providing assistance. The detail's transportation of Dante de Blasio, she said, appeared to be little more than a "concierge service."