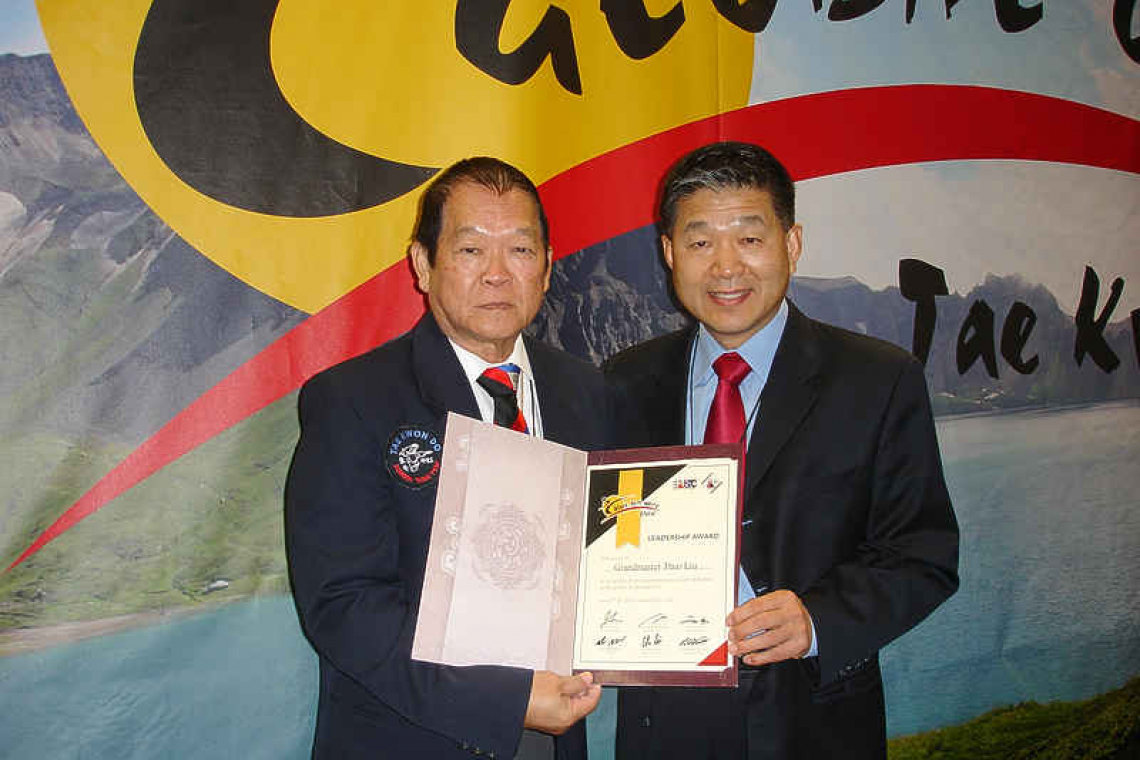 PHILIPSBURG--On a special invitation of the Kukkiwon spokesperson for International Affairs Grand Master Jun Lee 9th Dan Black Belt, Grand Master Theo Liu of SXM was invited to participate and speak on this conference of World Taekwondo Leaders on April 13.

Taekwondo leaders from 75 countries came together to share their concern and passions they have for this Korean Martial Art. Throughout this important meeting, the leaders came to a consensus that their goal is to re-introduce, Traditional Taekwondo.

“It was a great honor as a tiny island  to be in attendance between those big countries,” said Grand Master Liu.  It was even a greater honor to speak at the conference.”

The grandmaster of the King Yen Taekwondo School of St. Maarten continued, “since I started teaching some 6 decades ago, I have always stressed Taekwondo as a martial art. In this modern time when we as country participating in tournaments, we adjust our athletes to the modern Olympic style of fighting but when back home we go back in the traditional art of Taekwondo.”

Over time, Taekwondo has lost its roots and changed to accommodate modern times. After the debate of the many World Taekwondo leaders, the solution was expressed to the Kukkiwon.

This conference was not only a historical monumental event for these leaders, who were able to discuss their sentiments/problems to the Kukkiwon, but…it was also the first time the President of the Kukkiwon sat with the Taekwondo leaders from all around the world.

The participants were grateful that the President of the Kukkiwon Grandmaster Dr. Lee Dong Sup was willing to listen and be with the participants.

Sport is one of the many aspects of Taekwondo, but there was much more than that was conveyed at the conference.

Traditional martial art values are beginning to fade in this modern time and all participants agree to re-establish these principles.

Grandmaster Liu take the opportunity to invite the Kukkiwon.to visit our beautiful island that be certain attract the martial art instructors of our neighbor islands as well other countries to be here.