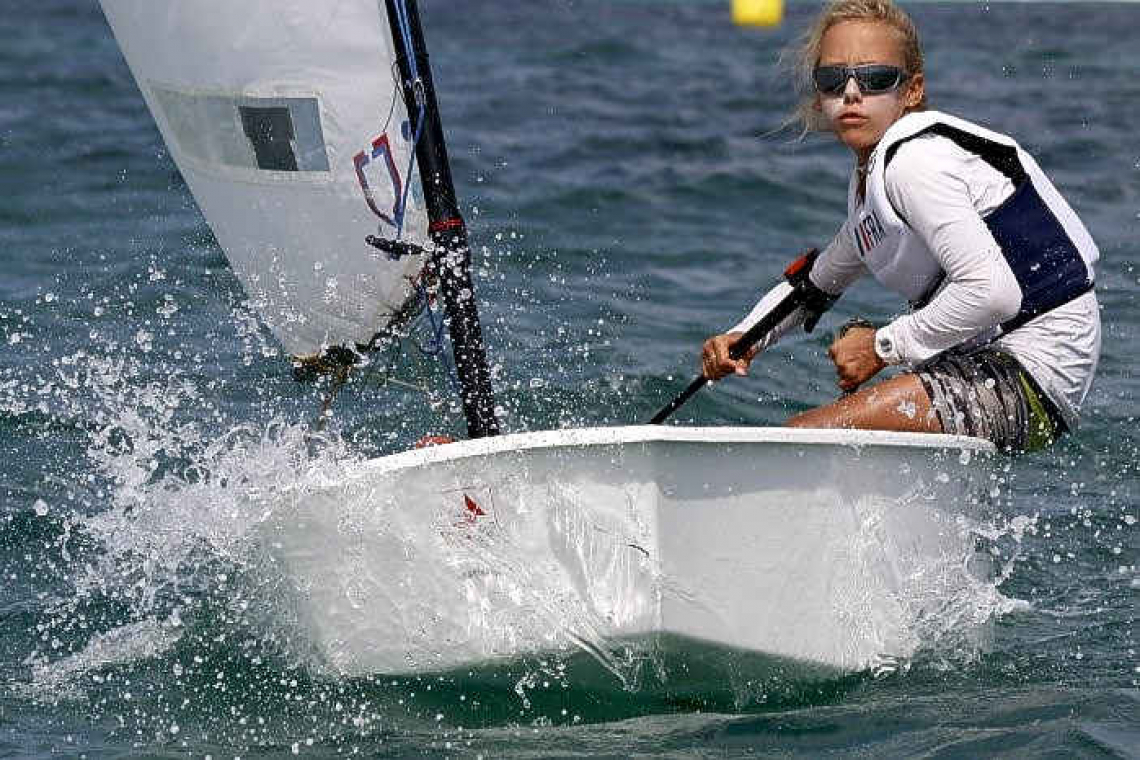 The Sol St. Maarten Optimist Championship was organized by the St. Maarten Yacht Club. A total of 17 young sailors competed. Ten were placed in the orange (medium) fleet and seven in the blue advanced fleet. Osswald competed in the blue group.

The St. Maarten Yacht Club, organizer of the 15th Annual Sol St. Maarten Optimist Championship, had seventeen youth sailors out on the water this weekend. Ten competitors in the orange (medium) fleet and seven in the blue (advanced) fleet.

According to Saskia Revelman, the race coach of St. Maarten: “This year’s regatta was smaller in size due to the restrictions of travelling for a few countries, but it still turned out to be a beautiful weekend full of racing. St. Barths always brings good competition in the blue fleet and was well represented with 6 sailors, of which 5 sailed in the blue fleet. This was the second year that Friar’s Bay Sailing School from Saint Martin sent sailors to participate and you can see the growth. We had quite strong winds on Saturday and Sunday which required a lot of perseverance from the youth sailors in the orange fleet, so we are very proud of our sailor Veronica Destin, who ended up on the second place in the orange class”.

Two additional trophies for Sportsmanship and Best Newcomer were also awarded. Sarah Michaux only started sailing lessons recently and took home the ‘Best Newcomer’ trophy as well as the 5th place in the orange fleet. Noemie Dedardel showed true persistence and fought her way through the races for which she was rewarded with the Sportsmanship trophy for showing true perseverance.