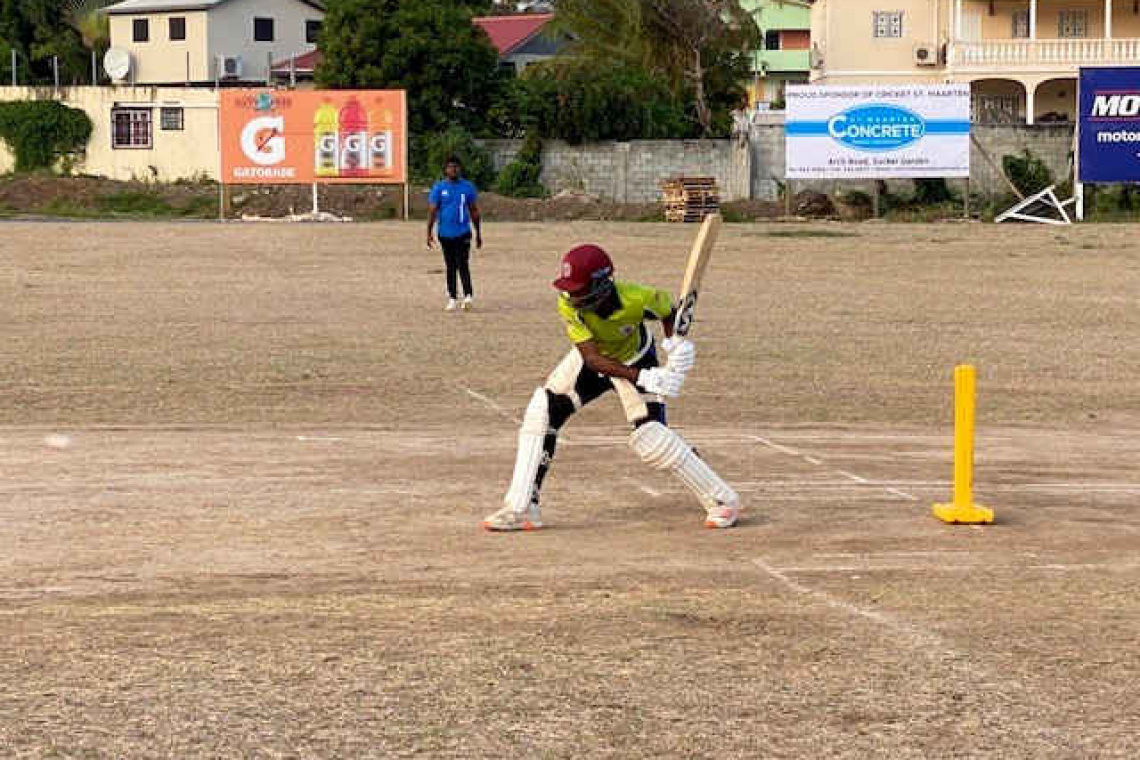 CUL DE SAC--Local U19 cricketer Nathan Edward has been selected to join the West Indies U19 World Cup trials in Antigua. He is only the second player from St. Maarten to be chosen for the West Indies U19 trials. The first was Keacy Carty, who eventually made the final squad for the World Cup in 2016. Edward, who lives and Cay Bay and attends the Sundial school, is a shining beacon for all to see. He is an all-rounder who bats left-handed and bowls left-arm with swing and pace. The 16-year old youngster is also an outstanding fielder because of his safe catching and athleticism around the field.

At the just-concluded Pepsi Gatorade T20 tournament, Edward was the leading run-scorer for the Future Champs team with 260 runs in nine innings and second in the bowling department with 11 wickets.

In an invited comment, Edward said he was excited to be selected for the trials. ‘I feel this is a big opportunity for me to grab with both hands and show what I have to offer.’ he said. ‘My mindset is the play the game how I normally play and just put my best foot forward and to give it my all. I want to make everyone in St. Maarten proud.’

Edward also thanked God and credited his coach for showing confidence in him. ‘I want to thank God for giving me this opportunity to show off my talent. I want to thank coach Singh for all his hard work, believing in me, pushing me to do better, and having patience with me. I thank my parents for supporting me all the way and for Cricket St. Maarten for supporting the youth team.’

For the trials, Edward joins a list of 56 players from across the Caribbean. Six other players from the Leeward Islands were chosen for the trials. Five are from Nevis in Jaden Carmichael, Akadianto Willet, Anderson Amurdan, Carlon Bowen-Tuckett and Onaje Amory. The sixth player is Kelvin Pitman from Antigua.

The full squad will be divided into four teams and will play four practice matches. After those matches, 25 players will be selected to continue in the trials from August 16 to 27. A squad of 18 players will then be selected to travel to England from August 28 to September 18. In England, the team will play six 50 overs matches. The next U19 World Cup will be in early 2022 in the West Indies.

Edward is leaving St. Maarten today to begin the trials.