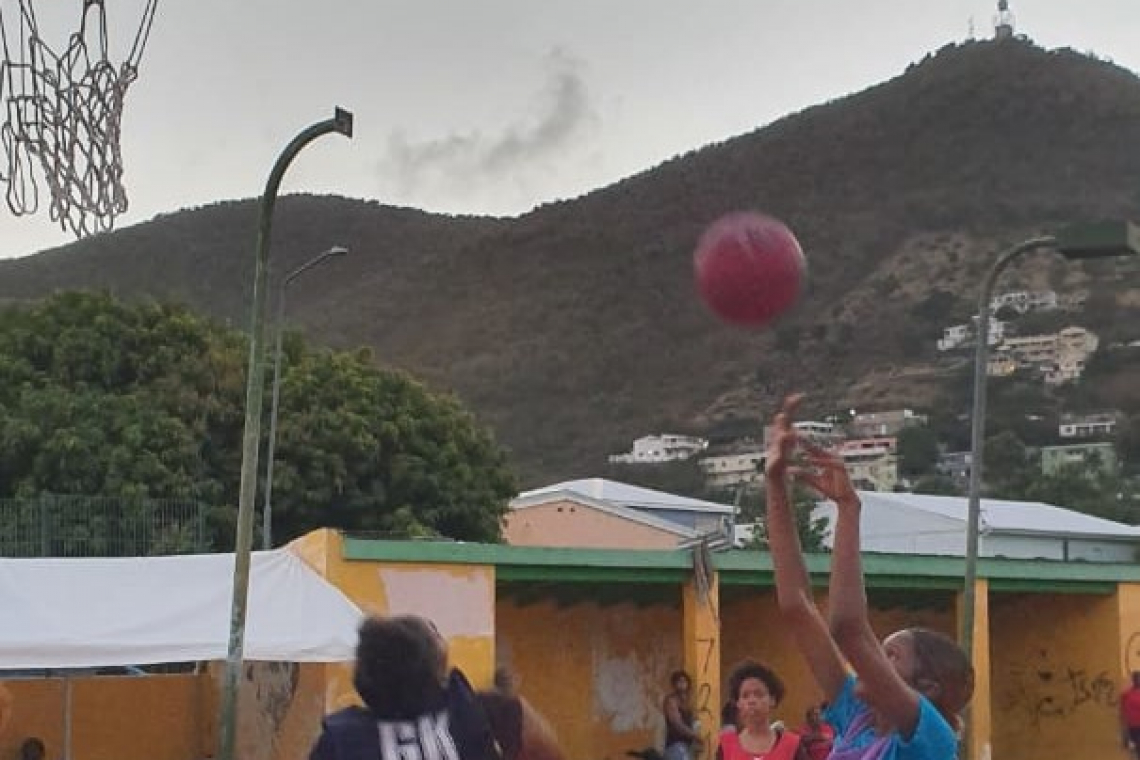 ST. PETER –The undefeated Dutch Quarter will face St. Peters in the final of the Netball Community League at the St. Peters Basketball Court on Sunday.

Both teams advanced to the finals with commanding victories in the semifinals Sunday.

St. Peters 28 – Cay Hill 10
In the second scheduled match St. Peters came all out to beat Cay Hill. St. Peters Natasha Busby was back from the injury and played in the Goal Defense position instead of goal shooter. With Natasha leading the defense St. Peters shut down Cay Hill in the first quarter and outscored 11 -0.
St. Peters never looked back while Shervanna Diedrick was at her best 27 goals while team mate Aliana Scafe scored 1.
For Cay Hill Azareah Bontiff scored 6 and Kalissa Etinof scored 4 goals.

Cole Bay 8 – Simpson Bay 17
In the first match of the day that was the final to determine the 5th and 6th place Simpson Bay beat Cole Bay’s 17- 8.
The first Quarter was tight with the score 4 all. But from the second quarter Simpson Bay outscored Cole Bay 7 – 1 to pull away in the lead. In the following quarters Simpson Bay scored 6 goals against Cole Bay 3 to maintain the lead and win. In this match there was some good news for Cole Bay as they managed to score 8 goal in total. The highest they scored before was 6 goals. Cole Bay’s Makeyah Moore and Tyler Timothy scored 6 and 2 goals respectively. For Simpson Bay Melissa hardy all 17 goals.

Finals April 25
On Sunday April 25 the final matches of the Netball Community League starting at 4:00 p.m. with a exhibition match followed by the bronze medal match between Cayhill and Middle Region. The last match will be the championship match between St. Peters and Dutch Quarter.