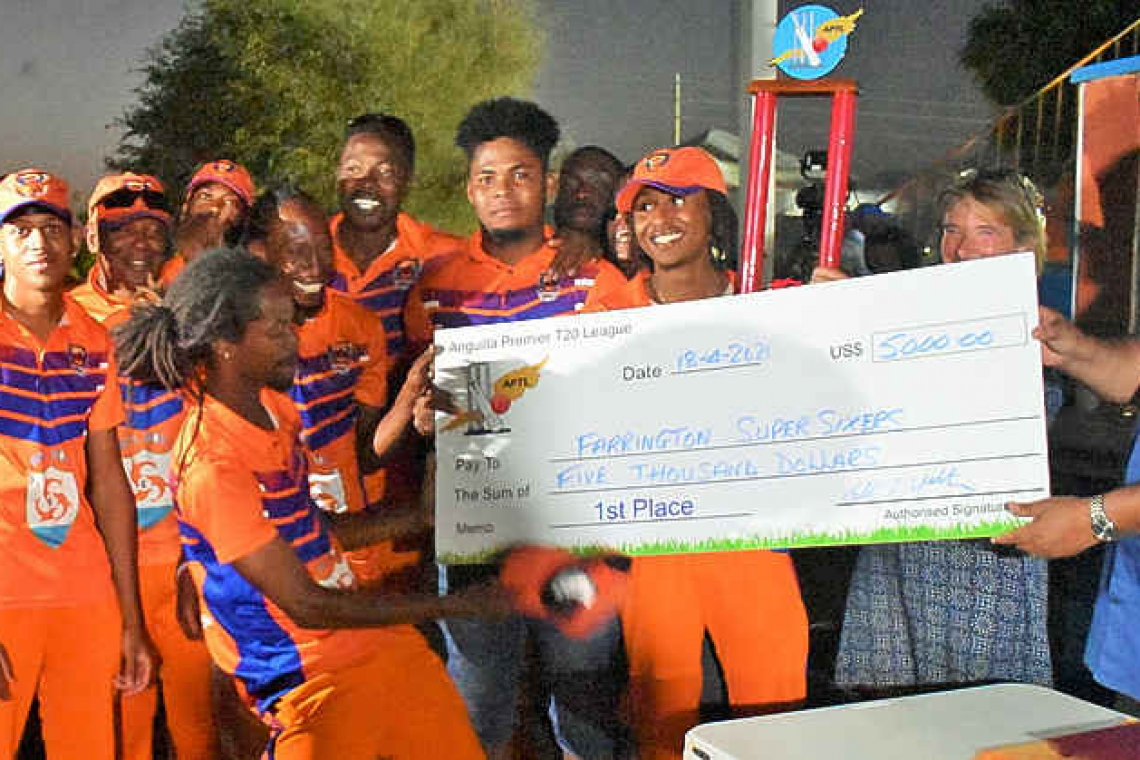 ANGUILLA—The Anguilla Premier T20 cricket island tournament kicked off on Saturday, February 6, 2021 in the James Ronald Webster park and continued on most Saturdays and Sundays until the final games were played on April 11.The four participating teams--the Blowing Point Pointers, the Island Harbour Razor Massive, the Stoney Ground Beamerz and the Farrington Super Sixers—were boisterously supported by their fans. Music, food, drink and strongly voiced opinions accompanied the game-playing throughout the tournament.

The closing award ceremony on Sunday evening, April 18 followed a fundraising match to raise funds for St Vincent and the Grenadines. The participating teams received a plaque or trophy with fourth position going to the Pointers, third position to Razor Massive, second position to Stoney Ground Beamerz and the winning trophy to the Farrington Super Sixers. Prior to the awarding of plaques and the winning trophy, the many sponsors, officials, outstanding players and supporting behind-the-scene workers who contributed to tournament’s success were recognized
Premier Ellis Lorenzo Webster thanked the fans for supporting the games saying that the tournament would not have been successful without them. He said, ‘We decided that cricket needed to come back to Anguilla and I, in my wildest dreams, could not imagine that it would be this good. I love the enthusiasm. The goal of this initiative was to provide a showcase for the talent on the island while allowing it to develop with mentorship from the older cricket players. We have accomplished that. This shows that when people come together with one common purpose, great things can happen.” He thanked the numerous sponsors, organizers and the players for making the tournament both possible and a resounding success.