Boxing is the best way to stop violence in kids 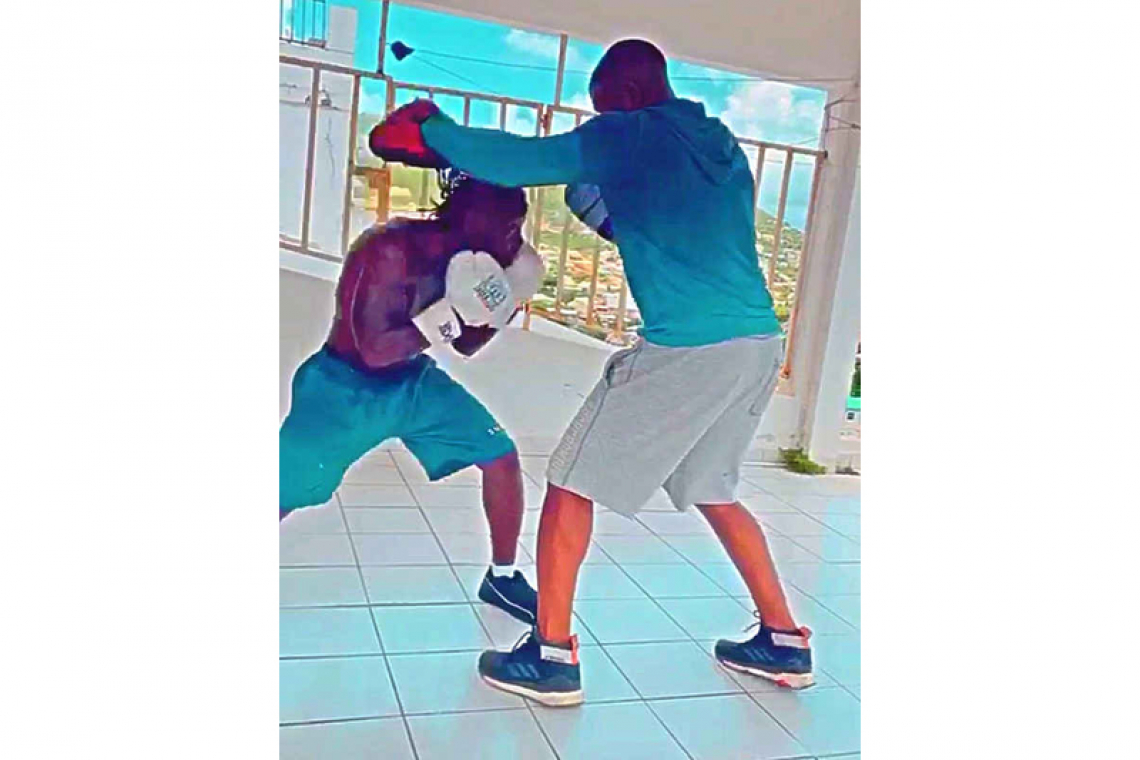 Editor’s note:  Local boxing coach Saul Coffie has taken classes in how to train in a Covid-19 environment and has returned to training athletes as young as 12-years old.  Here are his views on boxing and how it can help improve the youth and the community as a whole.

“We can either provide an outlet for natural aggression and a thirst for risk through supervised boxing or ignore it and see it erupt in terrible and tragic ways,” said Coffie.
This is not a game scenario, this is reality, this is about strengthening our communities and about young people’s readiness for violence with no concept of the consequences. What is the answer? Well, there is no magic word or any silver bullet, but speaking as someone who has been (and still is) a keen boxing coach, I know that a pair of boxing gloves can work wonders.
Youth crimes are soaring every year on the island. A new culture of violence seems to be emerging. Virtual violence from films and computer games transcend into a reality with tragic consequences. One of the problems is that virtual games have become the predominant outlet for young people’s natural aggression. We now live in a world stifled physically by health and safety regulations, where competition or risk of any kind is a dirty word particularly in schools.   We live in a world mentally smothered in political correctness. So, we have transferred all the need for action, excitement, competition and “risk” to our virtual-parallel world of computer games and films. But there’s a big problem, computer games and films fail to teach young people one obsoletely crucial thing, that actions have consequences; you can't just retry and come back to life. And our risk-averse, cotton society is failing to teach them that either. This is where a sport like boxing comes in.
I have been coaching boxing for many years. These days we are literally training youths in the ‘bushes, on the roadside or in even in backyards. I have seen the benefits of the sport firsthand. First, boxing teaches risk, that action do have consequences, that if you don’t move quick enough you don’t just “loose a life”, you can actually get hit. All this can take place in a supervised structured environment with rigorous safety checks in place. Compared that to the unfettered violence on some of our streets.
Boxing reaches out to the places that other sports don’t reach. Why? Because it engages with young people on their own terms and recognizes that frustration and that aggression is so often the hallmark of teenage years. It reaches into the underground, anarchical world which engulfs so many school dropouts, which many other forms of social engagement cannot penetrate. And, crucially, boxing gives young people who may be bad at everything else they’ve tried a sense of worth and self-esteem. They stop labelling themselves as dropouts; frantic quest to prove themselves by bravado is not necessary. They no longer feel that they have to pick fights but can walk away.
Boxing gives them the confidence to give school a go and to make job applications. I have seen young boxers turn from outcasts to role models. But people are still squeamish about boxing. It is not a violent free-for-all, and amateur boxing is very different from professional games. Must training is non-contact, and the strict regime instils a profound sense of discipline, order and respect. And when it comes to safety, the medical journal concluded that “there is no strong evidence for brain injury” from amateur boxing. If you're still not sure, consider this; since the 80’s there are no amateur boxers that have died as a result of fights. By contrast, recent figures show that alcohol abuse caused about 3 million deaths per year worldwide.
“We have got to start making some choices, we either provide an outlet for natural aggression and a thirst for risk through supervised boxing or ignore it and see it erupt in terrible and tragic ways. This is why I am campaigning for St. Maarten/St. Martin to support our local boxing organization such as PROGRESSION BOXING organization-and to give more children the opportunity to box, through clubs and at schools. Doing a bit of risk assessment of my own, I don’t think we can afford not to.”