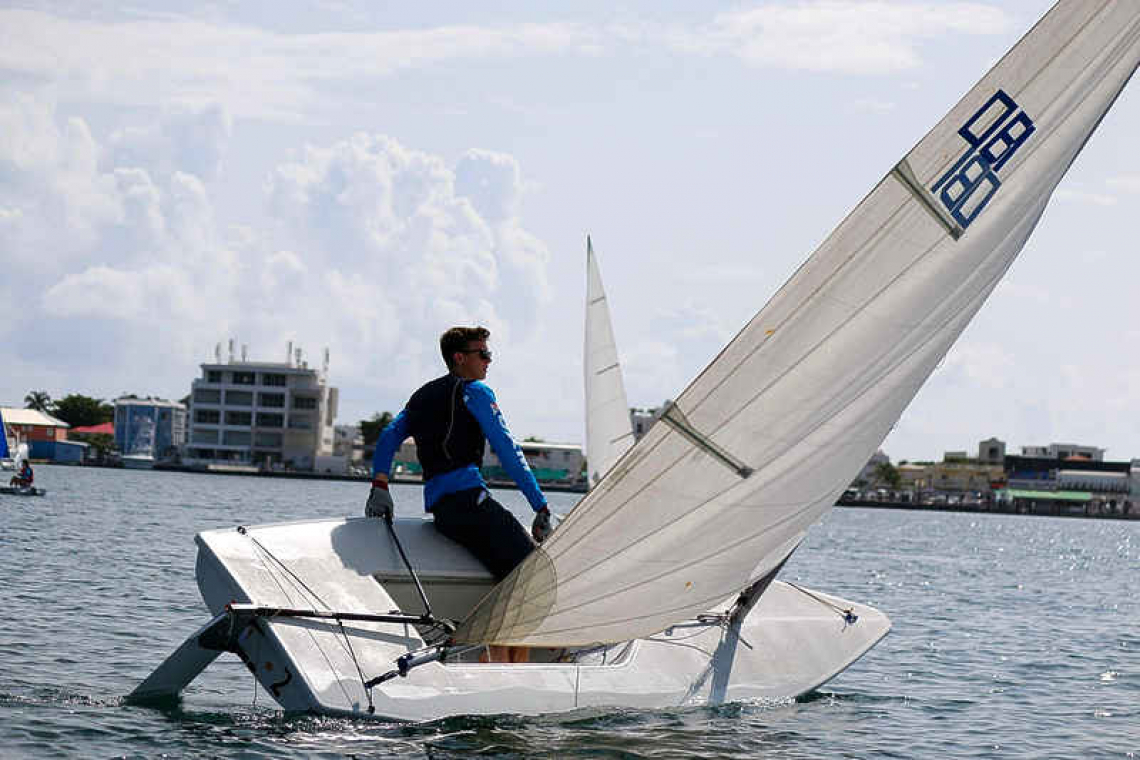 The winds were light but steady in the Simpson Bay Lagoon.
Adriaan Coppelmans won the Optimist class  against three other sailors.  Coppelmans won all but one race which went to Caii Banting.
Bart’s Bash is the flagship annual event of the Andrew Simpson Foundation, inspired by Olympic Gold and Silver medalist Andrew ‘Bart’ Simpson MBE who passionately believed that everyone should have the chance to try sailing and enjoy the many benefits that it brings.
The Pico class was won by Louka Williams.
The race had been scheduled for September 12 and was rescheduled due to a lack of wind.
The St. Maarten Yacht Club is raising funds to provide sailing school scholarships.
Dinghy sailing in St. Maarten will now take a two week when the Soon Series is set to begin.
For more information or to sign up for the Grant Thornton Dinghy Season Championships visit smyc.com.