Celtics bounce back 98-92, to avenge earlier loss to Cleveland 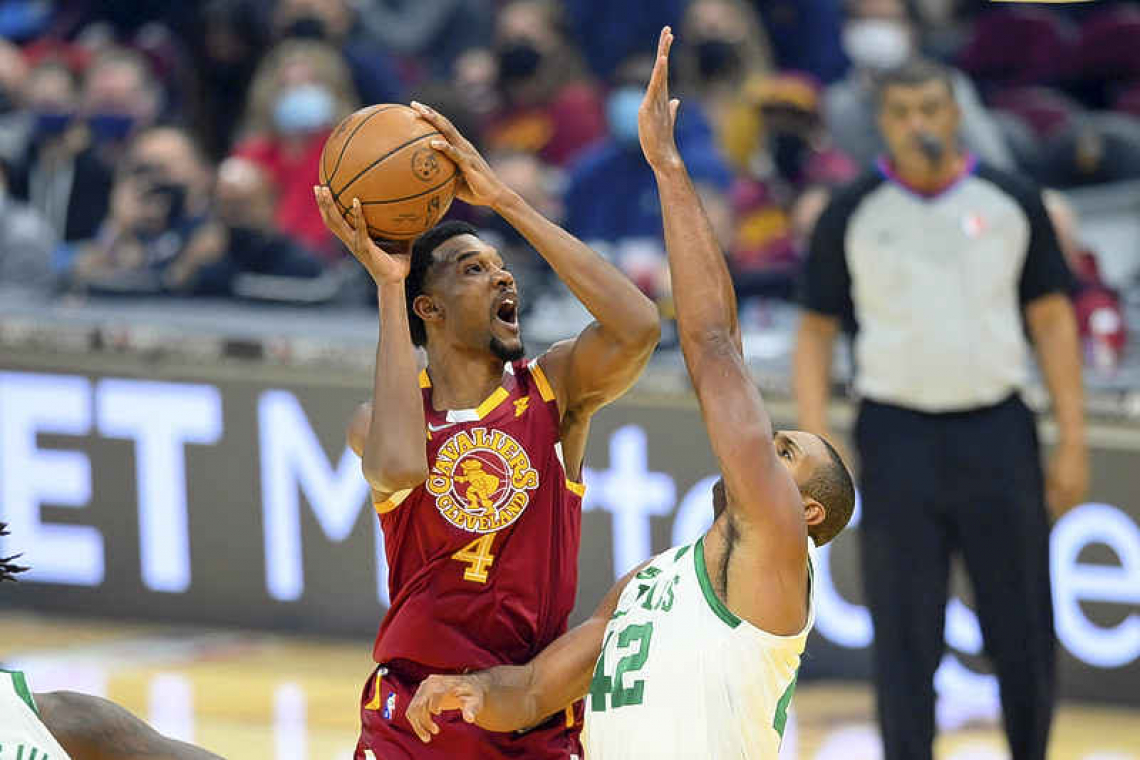 CLEVELAND--Jayson Tatum scored 23 points to fuel the visiting Boston Celtics to a 98-92 victory over the Cleveland Cavaliers on Monday.

Al Horford collected 17 points and nine rebounds for the Celtics, who bounced back after squandering a 19-point lead in a 91-89 setback to Cleveland on Saturday.
Marcus Smart and Dennis Schroder each scored 14 points and Grant Williams added 11 off the bench to send Boston to its fifth win in seven outings.
Ricky Rubio scored 26 of his 28 points in the second half. Rubio was inserted into the starting lineup and rookie Evan Mobley shifted to center in place of Jarrett Allen, who sat out due to a non-COVID illness.
Cedi Osman drained six 3-pointers to finish with 26 points off the bench and Darius Garland added 17 points for the Cavaliers, who lost for just the second time in eight games.
Dean Wade appeared to give Cleveland a 90-88 lead, however officials deemed that he stepped out of bounds while shooting a 3-pointer. Horford and Garland each made a bucket before Schroder converted a driving layup and jumper to put Boston's advantage to 94-89.
Tatum and Schroder made their free throws to eventually seal the win.
Rubio's 14-point third quarter kept the Cavaliers close before Boston started strong to begin the fourth. Enes Kanter scored five points, Tatum sank a 3-pointer and Grant Williams added a bucket as part of an 10-2 run, giving the Celtics a 75-66 lead.
Osman drained 3-pointers on consecutive possessions and Rubio did the same to pull Cleveland within three points at 84-81. Horford converted from beyond the arc on the next possession for Boston.
Garland drained a pair of 3-pointers and Isaac Okoro and Osman also connected from beyond the arc to stake Cleveland to a 20-9 lead in the first quarter. Williams, however, answered with a 3-pointer of his own as Boston went on a 10-2 run to close the quarter.
Boston's Robert Williams III, who entered the game with three consecutive double-doubles, did not score in 13 minutes of action. The team announced during halftime that he would not return to the game due to left knee soreness.