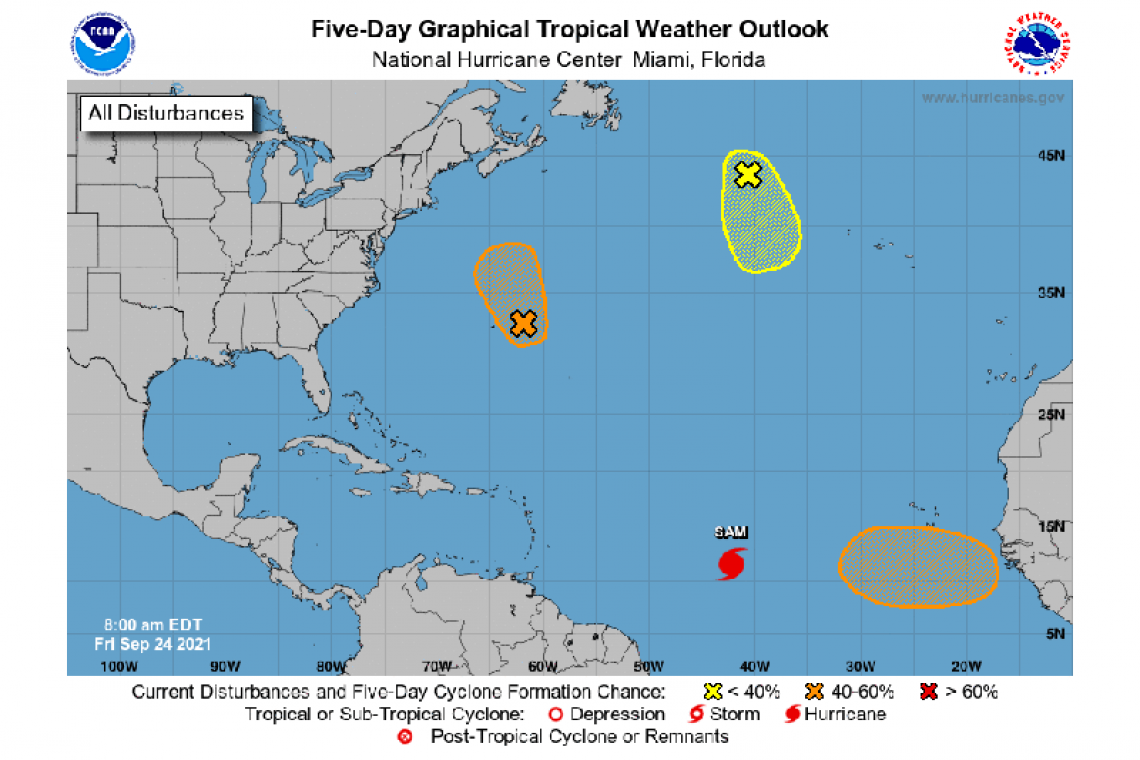 A large area of showers and thunderstorms centered a couple hundred miles east of Bermuda is associated with a formative surface low interacting with an upper-level trough. Additional tropical or subtropical development of this system could occur through early Saturday as it moves generally north-northwestward. After that time, development is not expected due to strong upper-level winds.

A gale-force, non-tropical low pressure system, the remnants of Odette, is located a little less than 600 miles west-northwest of the westernmost Azores. Showers and thunderstorms remain limited near the low, and the window of opportunity for this system to become a subtropical or tropical cyclone is closing as strong upper-level winds are expected to develop over the system later today. This system will move generally south-southeastward over the next day or two.

A tropical wave is expected to move off the west coast of Africa by the end of this weekend. Thereafter, environmental conditions are forecast to be conducive for gradual development, and a tropical depression could form by the middle of next week while the system moves westward at 10 to 15 mph over the far eastern tropical Atlantic.