Americans are out, Russians are in 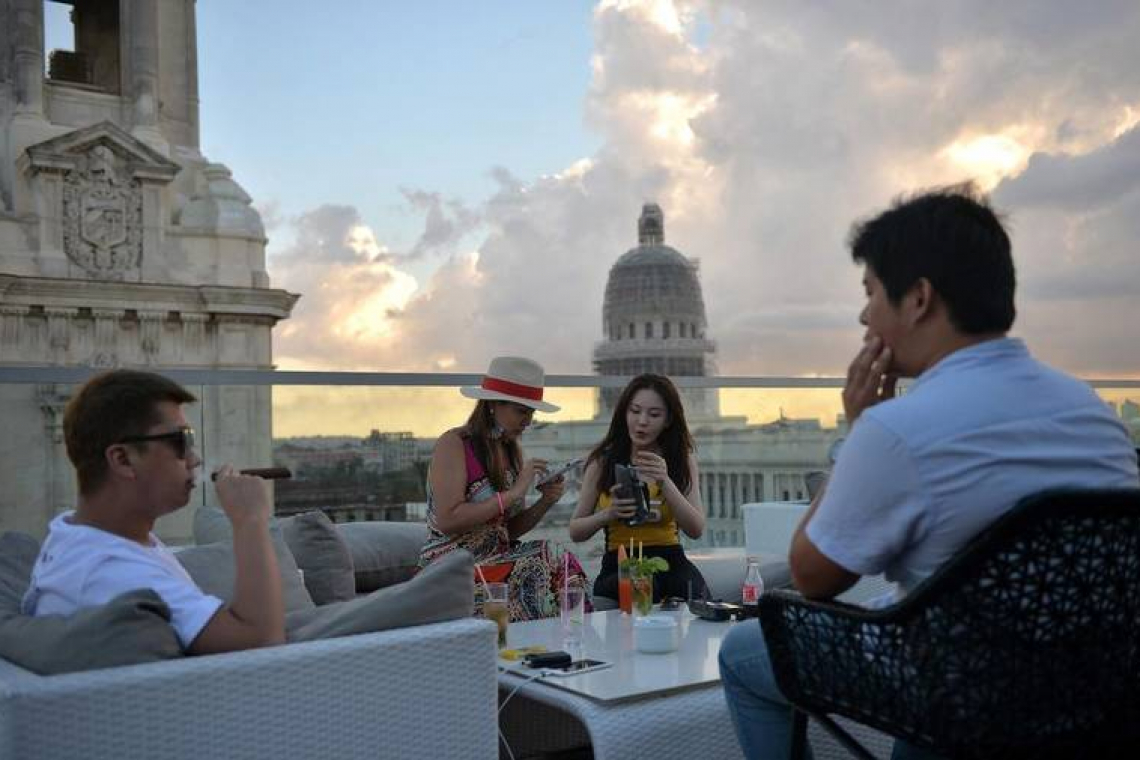 Tourists sit next to the swimming pool on the rooftop of the Gran Manzana Hotel in Havana, on February 11, 2019. Photo credit: Yamil Lage AFP/Getty Images.

HAVANA, Cuba--Americans in Cuba are almost a relic of the past, and the flock of Canadian tourists that used to fill the island’s hotels every year is nowhere to be found since the COVID-19 pandemic halted almost all tourism to the Caribbean island, with one exception: Russian visitors.

Between January and July, Russian tourism grew 42 per cent compared to the same period last year, according to data released by the Cuban government’s National Office of Statistics. Around 90,000 Russians travelled to the island on flights landing directly in resort destinations like Varadero and the keys near Ciego de Ávila.

But that number, the single biggest from any country, pales in comparison to the more than one million Canadians that travelled to the island in 2019. In 2020, less than half that number visited Cuba, mainly before the country closed its airports at the beginning of April and during the winter, when authorities allowed foreign travellers again during November and December.

The impact of the pandemic was devastating to the Cuban economy, which shrank 11 per cent in 2020. And 2021 doesn’t look any better.

Canadians followed their government’s advice to abstain from international travel, and only 4,369 went to Cuba as of July of this year. Even fewer Americans – 1,732 – travelled to the island. The US embargo bans American tourism, and the Trump administration further limited who could visit the island.

COVID-related measures taken by Cuban authorities, including the closure of airports, mandatory quarantines for travellers, and restrictions on the number of incoming flights, have also negatively affected Cubans abroad and their families. Only 14,350 have been able to visit the island this year as of July. In that same period last year, more than 100,000 travelled to the island, mostly before the pandemic and during the winter holidays.

Overall, the number of visitors in the first half of the year fell 86 per cent to 141,316 compared to 986,673 during the same period last year, official data show.

The Cuban government has long bet on tourism as a major source of foreign currency, but the pandemic showed the island’s vulnerability to external events. Many countries enforced COVID restrictions, and international travel took a significant hit.

As the Delta variant has worsened the situation on the island this year, even the few Russian tourists allowed in have created controversy.

Videos of maskless Russian tourists partying in Cuban hotels have caused concern in the population, with some Cubans suggesting on social media that their presence might have been linked to COVID surges in Ciego de Ávila and Matanzas. In July, hundreds of Russian tourists were quarantined at Varadero hotels after testing positive for the coronavirus at arrival. The incident caused a rare diplomatic spat between the close political allies after the Russian tourists started complaining about it on social media, and the Russian Consul General in Havana, Nana Mgeladze suggested to Russian media that Cuban labs “were failing.”

Authorities plan to open up the country again in mid-November, coinciding with the high season for tourism, and the start of the San Remo Music Awards, an event Cuban First Lady Lis Cuesta is organizing in her role as an event coordinator at the Ministry of Culture. Authorities said by that date, 90 percent of the population would be fully vaccinated.

On Wednesday, the Cuban Ministry of Health said more than 8.5 million people, including children as young as two, have received the first dose.

But the vaccination push with locally produced vaccines has yet to yield results, as independent media and local state outlets continue reporting on the collapse of the health system, morgues and cemeteries across the island. On Wednesday, authorities reported 7,151 new confirmed COVID cases, including 69 infants and 33 babies six months old and younger. ~ The Miami Herald ~