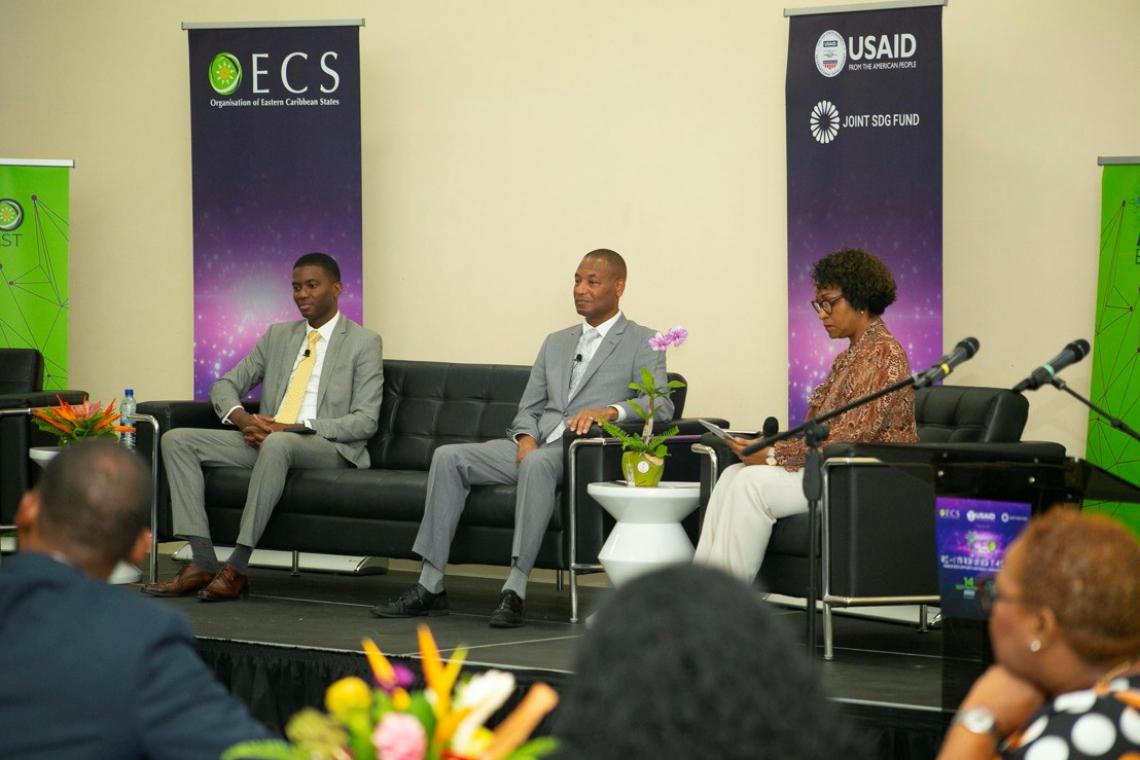 Scene from the CEO Breakfast in Grenada.

ST. GEORGE’S, Grenada--How can the Caribbean better deal with change and continue to develop? That depends on the investment made in its people and their ability to innovate in sectors as diverse as education, health, youth entrepreneurship and youth justice, based on comments by experts gathered for a CEO Breakfast in Grenada hosted by the Organisation of Eastern Caribbean States (OECS), United States Agency for International Development (USAID) and UNICEF and headlined by Grenada Prime Minister Dickon Mitchell.

“The education system needs to be the foundation for social resilience,” said Prime Minister Mitchell. Throughout the OECS, we do not invest enough of our [gross domestic product – Ed.] GDP in education.”
He added that the knowledge of maths and science are fundamental to innovation, to critical thinking and to problem solving. “Until we reinforce that over and over, we are going to have significant shortcomings in our ability to innovate.”
OECS Director General, Dr. Didacus Jules called for an integrated approach to redefine education in the context of our current historical reality. This, he argued, calls for “... balancing educational foundations with 21st century competencies and an emphasis on the holistic development of the individual and including social skills, attitudes and competencies.”
As much as discussions focused on digital literacy, health systems, transforming youth justice initiatives and attracting private sector development, experts agreed that problems defy individual attempts at common solutions and need additional help.
According to USAID/Eastern and Southern Caribbean Regional Representative Clinton D. White, the development model is changing. “We need to look for better ways to bring in private sector financing as well as their support.”
Another common theme across the discussion was mind-set focused on problem-solving as a pre-requisite for innovation to occur: a wedding on a beach led one entrepreneur to establish a business based on destination weddings. A lost health record led another to launch a software business. Another led to a business employing children described as former “dropouts” from secondary school in a rural area to establish a business cultivating and marketing mushrooms grown in solar-powered containers. ~ OECS ~