Call for $50 billion in reparations 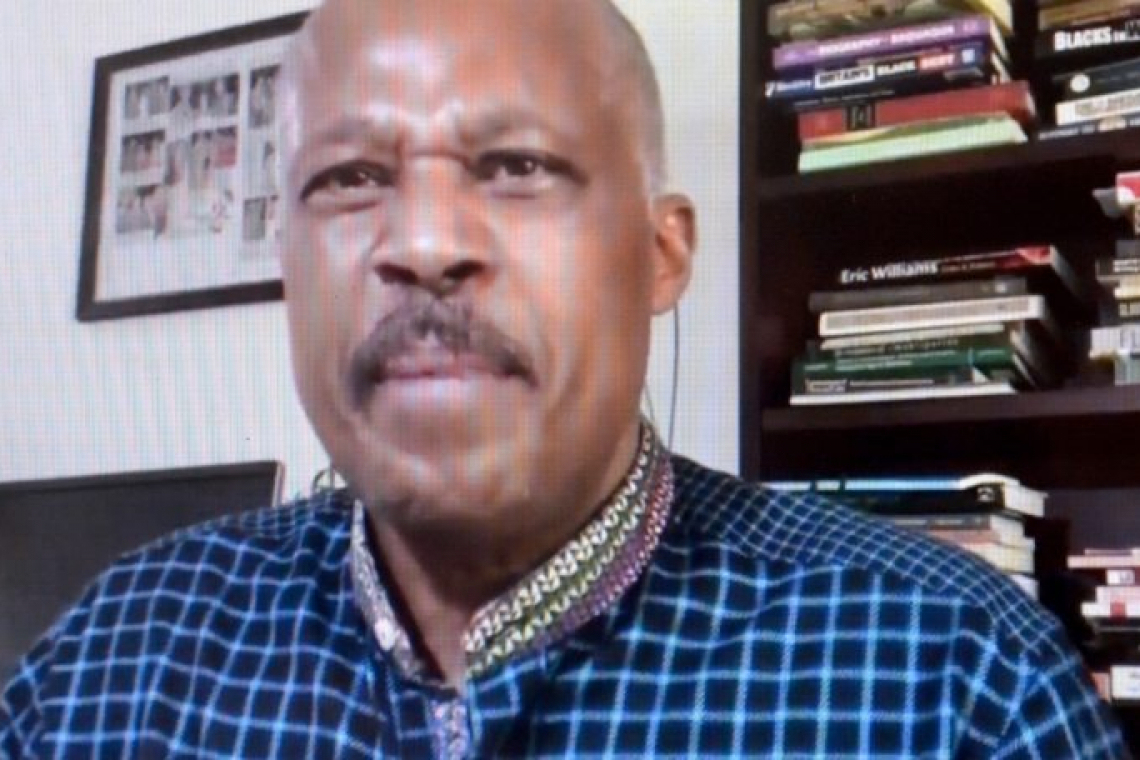 The University of the West Indies Vice-Chancellor, Hilary Beckles.

GEORGETOWN, Guyana--The Caribbean Community CARICOM Reparations Committee wants US $50 billion as money for an Investment Development Fund donated as a starting point by entities that profited from slavery, and apologised for their role, to begin the Caribbean growth process, and to be managed both regionally and globally.

The initial money from this Fund is not intended to be passed on to individuals but, with approval of the regional and global management committee, to go towards capital outlay for much-needed productive projects across the Caribbean and to prop up the social advancement of the people.

Those who are being asked to contribute to the fund span from organisations which have in recent times publicly admitted to using gains from slavery for the start-up of their operations that remain profitable today, to persons who stacked up individual wealth which they admitted found its seed financing in the enslavement of Africans in the Caribbean.

“Every bank on the high streets of England, all the banks that you know, Lloyds, Barclays, National Westminster, Midlands, all of them began their journey in the financing of slavery and colonisation, and they all issued [apologies – Ed.],” said The University of the West Indies (The UWI) Vice-Chancellor, Hilary Beckles on Monday.

Incidentally, October 12 is the anniversary of Christopher Columbus’ first landing in the Americas when he touched down on the Bahamian island later named San Salvador, in 1492.

Professor Knight of the University of Alberta said, “In doing so he [Columbus] ushered in a cycle of occupation, violence, genocide and slavery and heralded the advent of colonisation.”

“And that colonial legacy continues to plague the people of our region.”

Beckles, a foremost Caribbean historian and author of many books detailing the region’s past, singled out two financial houses that to this day owe their successful existence to some 200 years of free labour of Africans in the Caribbean.

First was “Lloyd’s of London, the largest insurance company in the world that made its fortune from insuring not only the slave ships but insuring the Africans as property. They have issued their apology.”

Another, and even more significant company to admit its role and apologise in recent months is the Bank of England which, Beckles said, “was established to regulate all of the cash coming into England from slavery.

“There was so much cash and so many small provincial banks, the government put the Bank of England together to regulate all of that cash coming in, standardise it, and make it available to industrialists in England who could borrow that money from the provincial banks and invest it to build factories for industrial development. So Caribbean cash would circulate in the British economy through a guided model.

“We have said an apology is never enough when the damage is [still] here,” the Vice-Chancellor said, adding, “what we are looking at now, is that there should be a launch, under the auspices of the United Nations, one of its agencies, an Investment Development Fund, in which all of the countries, companies, persons, and institutions that gave all those apologies in recent years for the extraction of wealth from slavery and colonisation, they put this money into this Fund.”

He explained that the Fund will be globally and nationally managed for the purpose of sponsoring economic and social development at the site of the wealth extraction, the Caribbean.

According to Beckles, the CARICOM Committee’s concept is not new.

“This is the model that was used largely by the Jewish Reparations Committee … [that] got reparations out of Europe.”

The initial deposit into the Fund is chicken feed compared to the amount of earnings European countries, especially the UK, benefitted from, from Caribbean slavery.

Beckles disclosed, “We did the numbers: 200 years of free labour, from about 15 million people … including adults and children – you’re talking about 7 trillion pounds [sterling].”

Beckles sought to clarify a popular misconception that CARICOM states are seeking cash payments directly into national coffers or the hands of citizens.

“The reparations that we are talking about is about laying the foundation for investment in the economic development of the Caribbean.

“So this is not a handout process.

“It is about negotiating the economic and social transformation of the Caribbean that had been extracted to the max in terms of its wealth and the call for a return, repatriation, of at least a part of that wealth to support economic transformation and social development.” ~ Barbados Today ~