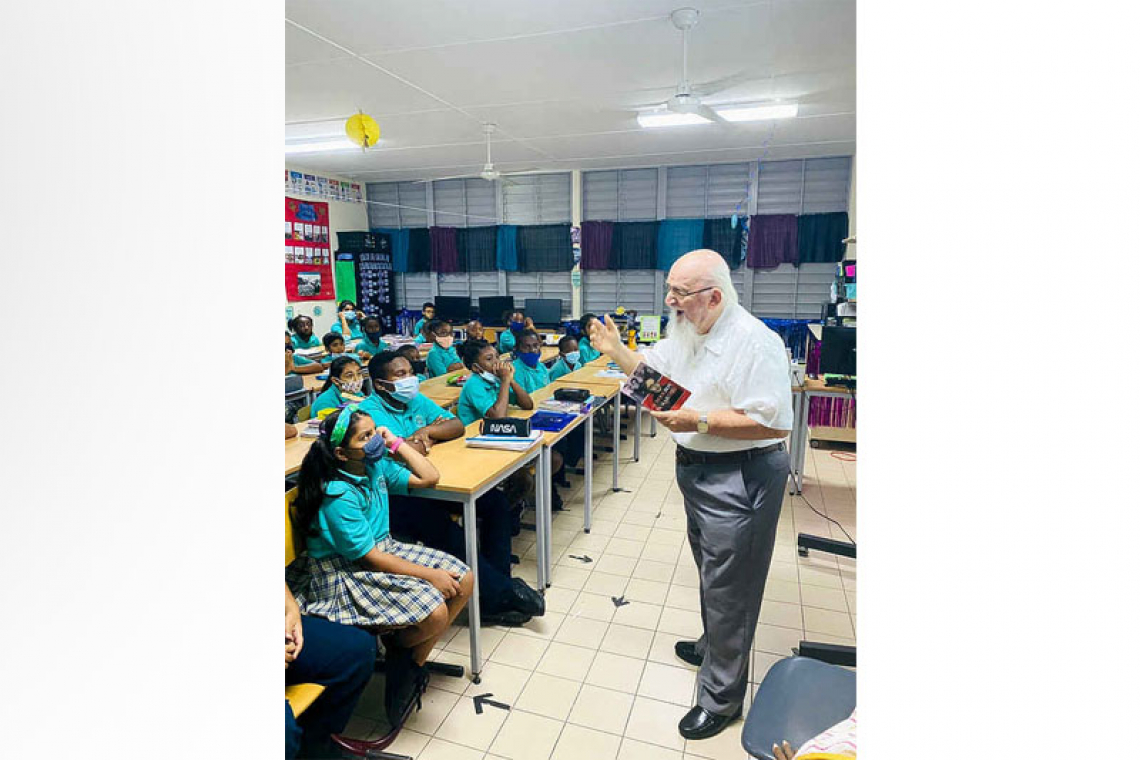 Gerard van Veen spoke to pupils about his World War II experiences documented in his book.

“The vast majority of the people today have not experienced the Second World War. They have heard about it and especially the younger ones have heard about it in history lessons in school, but it never touched them in their personal lives,” Van Veen said in a press release. “Literacy Week teaches the children different aspects of life.” 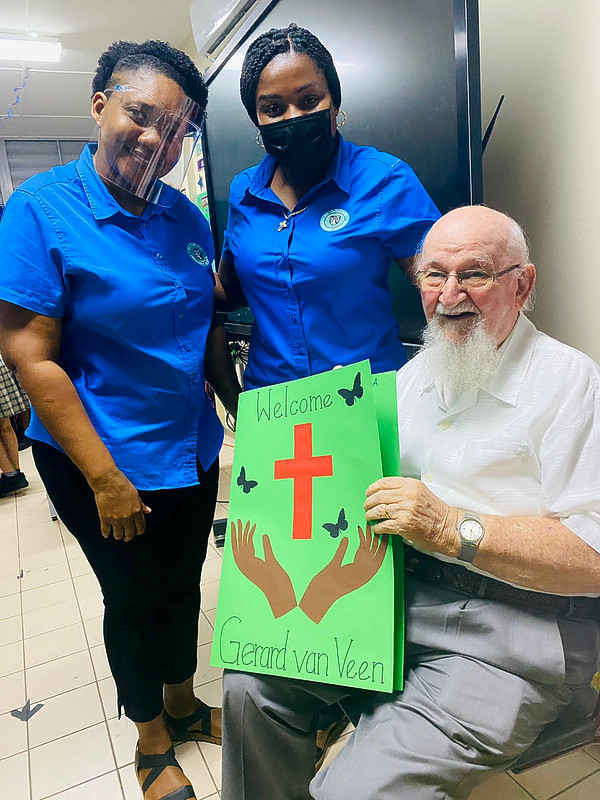 Group 6 teachers present Van Veen with a card from the classes.

According to Van Veen, the number of persons who are interested in that topic is decreasing rapidly. That was one of the reasons he chose to publish a book about the memories of his early life, Schoolboy in Wartime.

In the book Van Veen describes some of his family lore; discovering hidden guns in the house, secret meetings of resistance groups, his “secret missions” to bring messages to a mysterious Westerman, preparing vestments for a Nazi “soldier priest”, the disappearance of a Jewish citizen who frequented his grandparents’ store, his father being arrested at a “razzia”, the house searching by two armed soldiers and his very irregular school life in different places because most school buildings were occupied by Nazi soldiers. Topping it off was the infamous “Hunger Winter”.