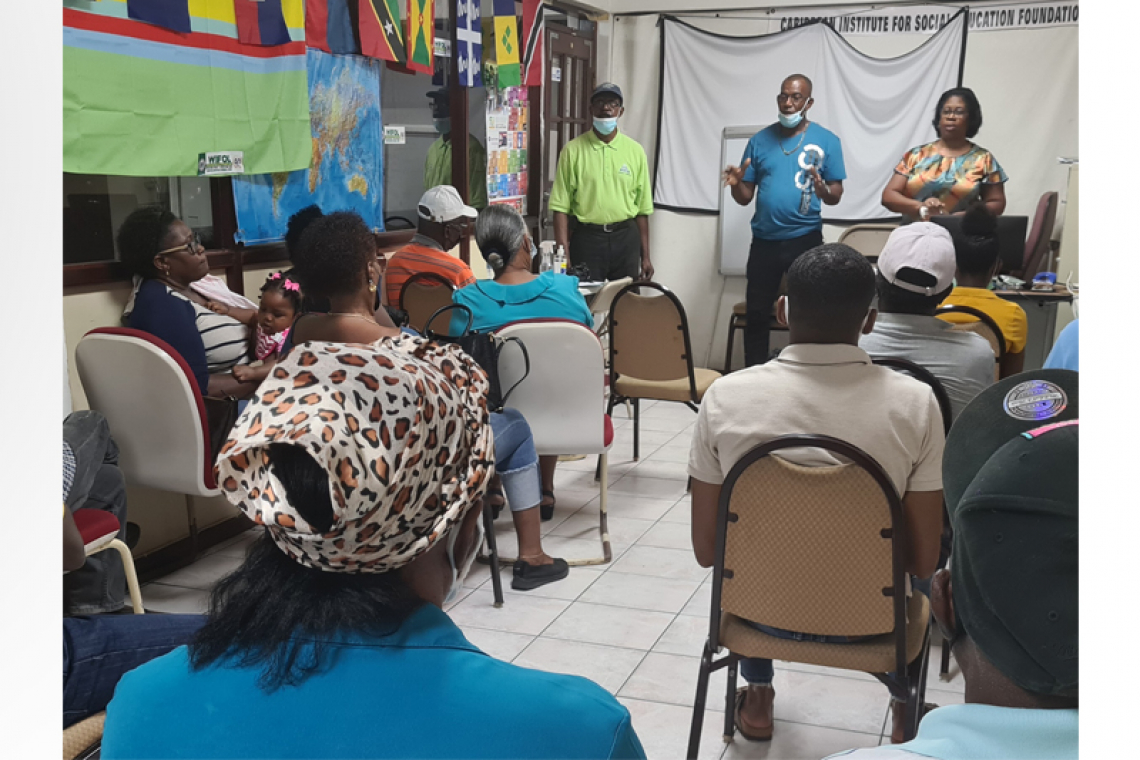 PHILIPSBURG--Workers of The Towers at Mullet Bay gathered at the Workers Institute for Organised Labour (WIFOL) building on Friday morning where they sought to provide clarity on statements made against them by management of The Towers in a press statement last week.

They said the statements made by management of The Towers last week were riddled with lies and mistruths.

All of this surrounds the delay in payment of their severance payments and other fees as agreed on and signed in early May. Despite promises by management to make the first payment within 24 hours of signing, almost two months later workers have yet to receive a dime.

This has led to workers speaking out against the inconsistency in the answers given to them by management and management’s ultimate response thus far.

During Friday’s gathering, workers took turns sharing their stories and dispelling untruthful statements made. Many repeated the unfair manner in which they have been treated by management after giving their service for many years. One individual said she had worked at The Towers for more than 20 years.

In their stories several workers shared how disheartened they were by the comments made against them. They noted that despite these claims, they are only standing up for their right, as they believe that it is unfair that management would even put them in such a position to do so.

Workers testified that they had made many sacrifices for their jobs, many of which left them away from their family. Several got up and said that prior to the passing of Hurricane Irma at least six workers had volunteered to remain at the hotel and work. They said that despite the claim that they had been “put up” after Irma, this was not the case. They worked, and worked hard.

One said she had lost everything during the hurricane and was unable to go home, but she continued to diligently carry out her tasks at work, ensuring that guests who remained at The Towers were provided for. She exclaimed that seeing management state that she had been given room at the Towers has given the wrong impression. She said workers had worked hard during this time – for most they worked 24/7 as they could not change shifts with anyone else after the hurricane had passed.

Workers also touched on statements made in regard to the Christmas bonus received in 2017 as stated by management. They said that this was a low blow and unnecessary, as the statement may make it seem as though this was a gift that only workers of The Towers received. They noted, however, that all workers under the Ansari Group of Companies had received this bonus just as they did. The reason this was brought up and singled out as a special gift was surprising.

Many workers continued to share their own testimonies and viewpoints on what has transpired.

They further refuted claims that The Towers has been closed since the passing of Hurricane Irma. They pointed out that up until the lockdown as a result of COVID-19 last year April, The Towers had remained open and everyone had worked and tended to guests.

They disputed claims that The Towers had been paying them all these years while it has been closed. The said that this was not the case.

Workers said that although they may have been left disheartened and hurt by the statements made by someone for whom many said they once held a great deal of respect, that will not stop them from their fight for what is rightfully theirs.

They said an agreement had been signed between the workers and management and their only wish is for management to adhere to what has been agreed to.

Many assured that they will continue to let their voices be heard and refuse to be silenced, they refuse to give up.