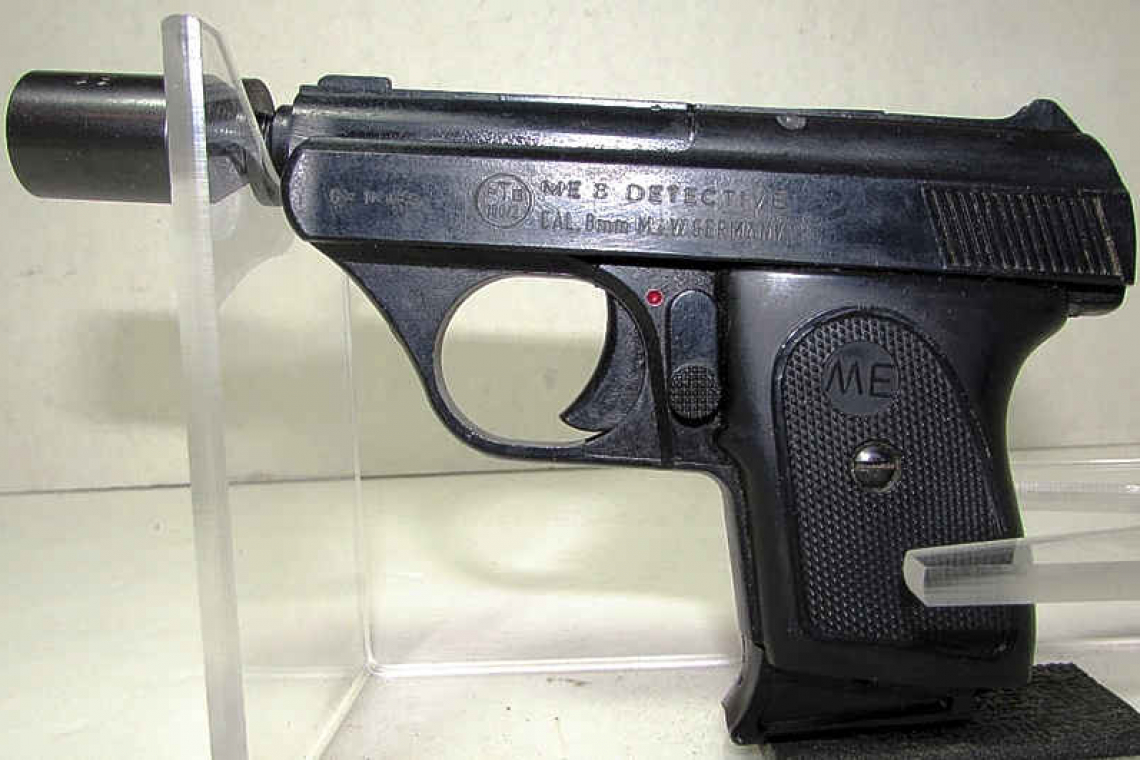 An ME 8 Detective German starter pistol.

PHILIPSBURG--A 21-year-old suspect was acquitted of illegal firearm possession because the weapon had been obtained during an unlawful search, the Court of First Instance ruled on Wednesday, September 8.

Suspect K.M.M. was stopped by the police on Rhine Road in Maho on April 18, because he could not show any form of identification. Subsequently, a security search was carried out, during which a key for a scooter was found. In the scooter, a bag was found with several items, including an object resembling a firearm. It concerned an eight-millimetre ME 8 Detective German starter pistol with two rounds of ammunition.

The prosecutor considered the suspect guilty of illegal firearm possession and called for a prison sentence of 202 days, 180 of which were to be suspended, on three years’ probation, and a fine of NAf. 1,000.

During the court hearing, which took place on August 18, attorney-at-law Shaira Bommel pleaded for her client’s acquittal because she claimed the security search had been wrongly carried out and the evidence obtained unlawfully.

Under the National Identification Requirement Ordinance, every person from the age of 12 is obliged to carry an identification document relating to him or her at all times.

One is obligated to immediately show identification to investigating officers insofar as this is necessary for the maintenance of public order or the investigation of criminal offences. Acting contrary to these regulations is punished with detention for a maximum of six months and/or a fine.

In this case, the judge found that the mere failure to show identification does not constitute a criminal offence. Because there also was no suspicion of any other criminal offence, the court ruled the arrest unlawful. This means that the security search should not have been carried out, and the scooter should not have been opened with the key that was found during the search.

The weapon that was found was considered illegally obtained proof and was, therefore, excluded from the evidence. In the absence of any other – lawfully obtained – evidence, the suspect was acquitted of the charge.

Since the weapon resembles a real firearm and can be used for threats, it was not returned to its owner. The starter pistol will be destroyed on the orders of the court.