Amphibious landings on beaches by military to sharpen their skills 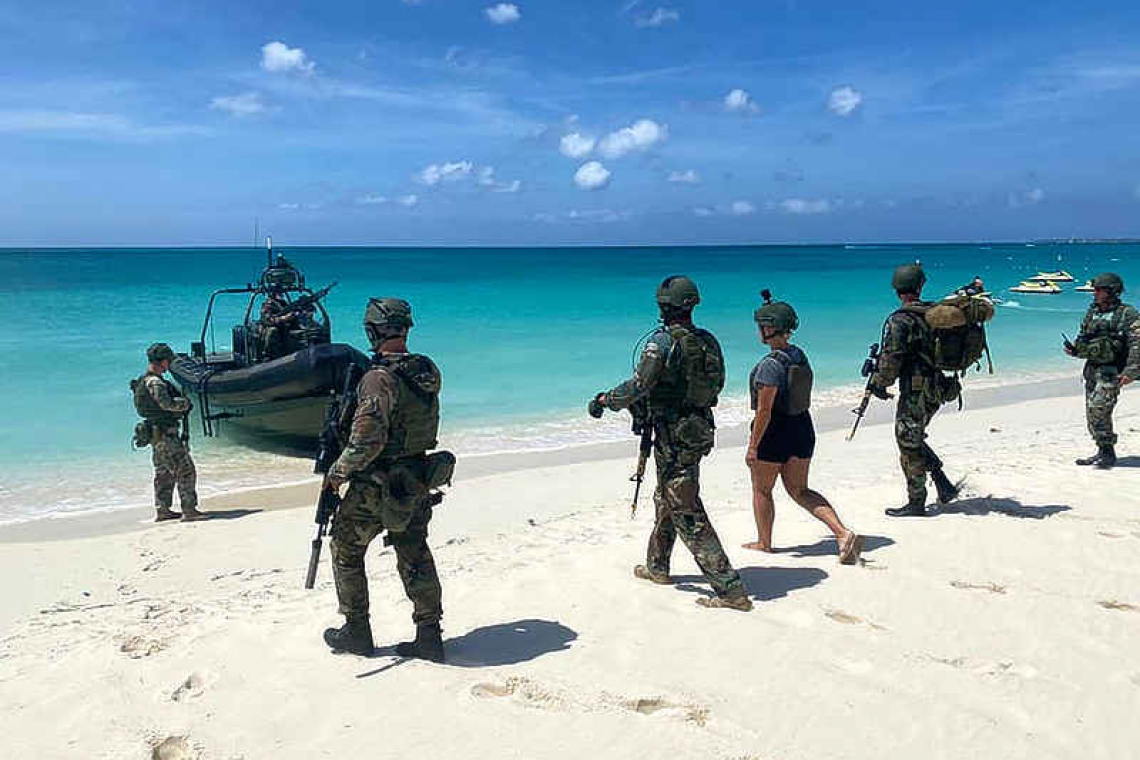 PHILIPSBURG--The commando troops of the Royal Dutch Navy in the Caribbean will practise various military skills on St. Maarten from September 13 to September 30. This includes maritime operations such as beach reconnaissance and amphibious actions. The exercise is part of a larger plan to prepare for eventual hurricane relief.

Soldiers must keep their skills up to date in order to remain widely deployable at all times, the Dutch Ministry of Defence stated. “By choosing St. Maarten as a practice location, a possible hurricane passage in the region can be acted upon quickly and effectively. A large part of the personnel who support during a hurricane passage will already be in the area, as well as vehicles and means of communication that are then used.”

During the training, the focus is on maritime and amphibious operations such as beach reconnaissance or the deployment of observation posts. The military also train Non-combatant Evacuation Operations (NEO), in which people are evacuated during emergencies. Troops will be trained in providing support during a hurricane passage. “The training enables military units in the Caribbean to act anywhere in the world at different levels of the spectrum of violence, when necessary,” Defence explained.

In order to gain a better insight into the working methods of the various local authorities, simulation exercises are also being conducted with the disaster staff and other security partners for maintaining public order during crisis situations. Fast and robust action during Humanitarian Assistance (HA) operations is only possible if you practise well with the local authorities, according to Dutch Defence.

During the preparation and execution of this exercise, explicit account was taken of the travel restrictions that the COVID-19 pandemic entails, Defence ensured. “Only personnel with a valid vaccination certificate or a negative [polymerase chain reaction – Ed.] PCR test are allowed to participate in the exercise. Any additional measures that have been or will be imposed by the country of St. Maarten will be responded to by the Ministry of Defence.

Marines from the marine detachment St. Maarten, the Marine Squadron Carib from Aruba, the transport ship HNLMS Pelican and communication personnel from Curaçao are participating in the training.