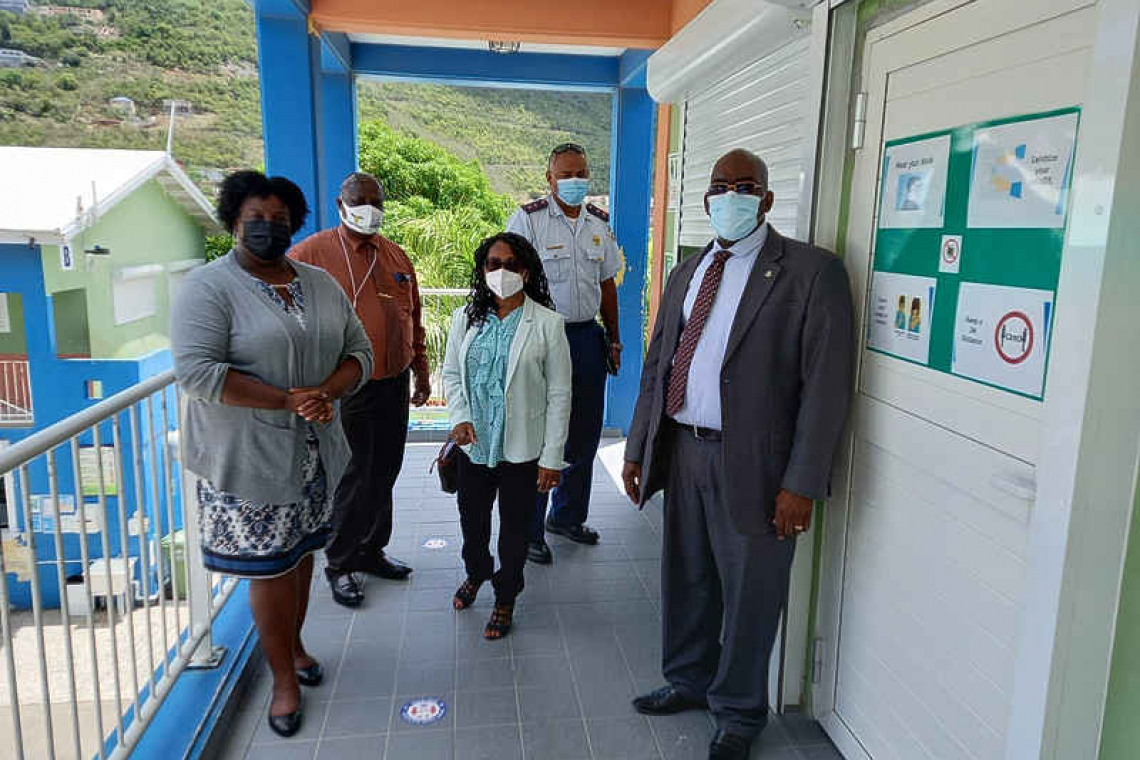 In photo: Minister Samuel (far right) met with representatives of DPE, management of SMVTS, and a community officer.

PHILIPSBURG--Minister of Education, Culture, Youth and Sport (ECYS) Rodolphe Samuel visited St. Maarten Vocational Training School (SMVTS) on Friday, September 3, to get a full understanding of what transpired during that week at the school.

On Monday, September 6, the minister visited the school again after hearing that there was another incident. While at the school the minister met with school management, the acting head of the Department of Public Education (DPE) and the community police officer. During the meeting it was agreed that a follow-up meeting would be held in the afternoon to further discuss solutions that could be put in place for the school.

A stakeholders meeting was held in the afternoon at the police station with Department of Youth, Division Public Education, management of SMVTS, representatives of the Ministry of Justice, and a representative of the minister’s Cabinet. The meeting explored several ideas that will be put in place to focus on curbing the issues and addressing the other social emotional problems the students might be facing.

Samuel thanked the management of SMVTS for their continued efforts taken to keep the student population of the school safe and thanked other students at the school for living up to the expectations. The minister also thanked all the other stakeholders.

Samuel says his focus is to ensure that the educational needs of all students on St. Maarten are met, and he is prepared to go the extra mile to ensure “that we achieved safe learning environments.”