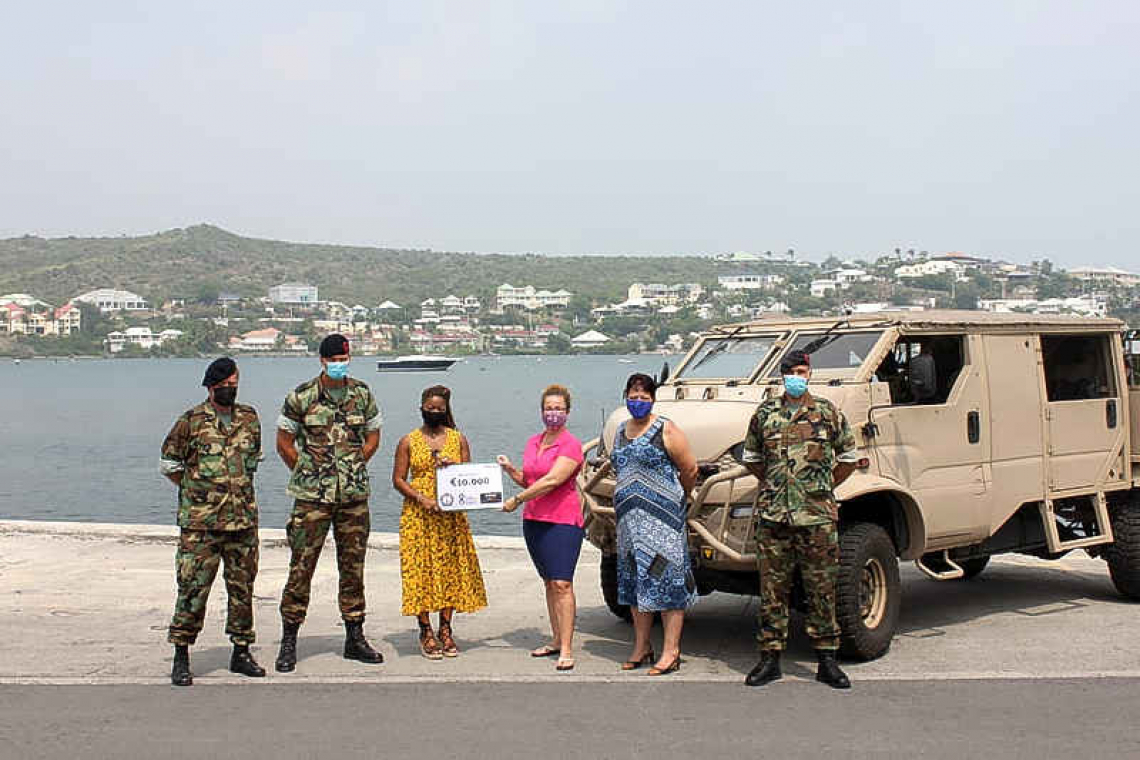 Director of Safe Haven Vanessa Fraser (third left) as she accepts the donation made by the Dutch Marines.

PHILIPSBURG--The Dutch Marines from Point Blanche, on behalf of the Ministry of Defense, made a donation of 10,000 euros to support Safe Haven.

The money was made available by marines in the Netherlands who managed to collect donations in support of non-profit organisations who can use this for the empowering work they deliver to the community.

This was announced in a press release from Safe Haven on Friday.

The Commandant of the Marine Detachment MAJMARNS Arie Noordam and his team explained that the Netherlands Marine Corps have been producing a yearly calendar of which the proceeds are distributed amongst non-profit organisations within the Netherlands and Dutch Kingdom.

The donation was arranged in collaboration with Cindy, a local philanthropist and Jose Sommers from NPOwer, the non-profit community network.

“The Safe Haven foundation constantly strives for growth and development to meet the everchanging needs of those we serve and this financial injection will allow us to boost several areas of our educational programs and support services for the benefit of our target group,” said the release.

The Netherlands Marine Corps Detachment St. Maarten expressed being very pleased to support Safe Haven with what they consider a very small and humble donation and encouraged Safe Haven to keep up the good work.