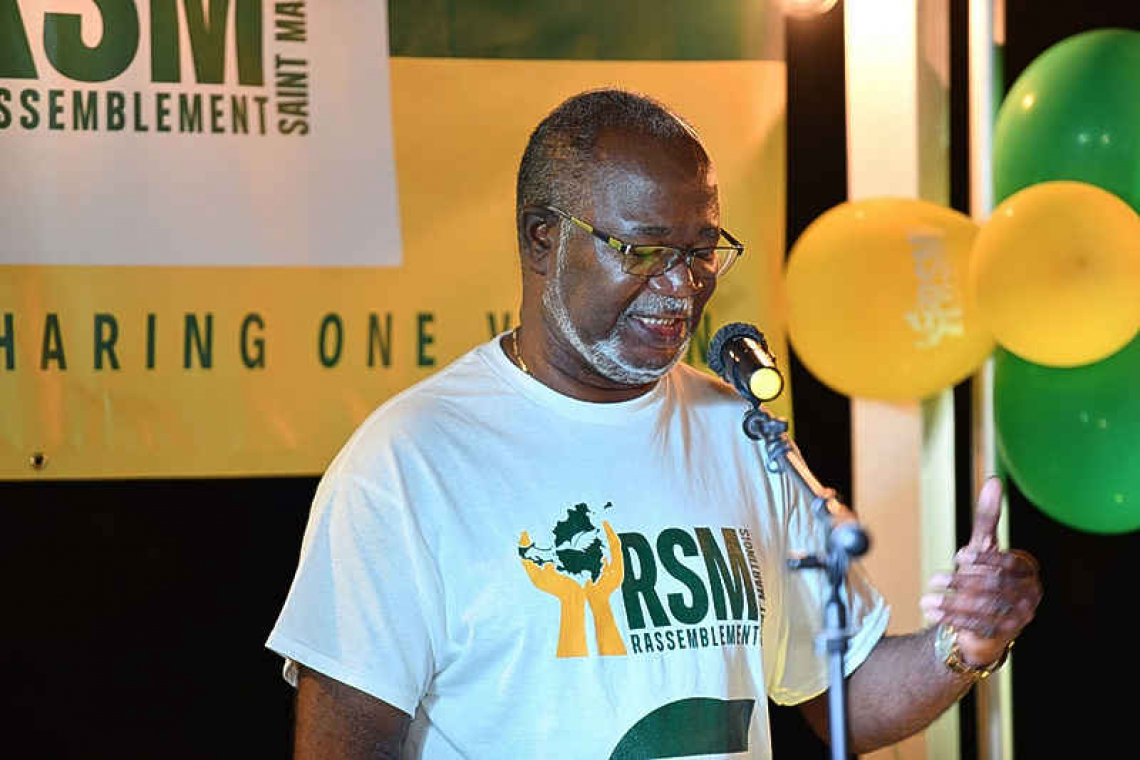 The party name, loosely translated as gathering of St. Martiners, was born out of the desire to create a new dynamic in the territory, by uniting its strengths and experiences to redress the economic and social situation and above all to restore confidence to a population that doubts and despairs, the party said in a preamble.

According to the party’s mission statement, RSM embraces the values of solidarity, integrity and social justice and is convinced that a strategy of coming together allows it to offer a real perspective to the country.

In terms of perspective, the party advocates sustainable development as a development model for the territory. Through this model, the three pillars of economic growth, social equity and environmental protection can be reconciled. It believes it meets the needs of the population without compromising the future of generations to come.

Budgetary priorities will be clearly defined: construction of new roads, reconstruction in order of priority, of the infrastructures demolished in an arbitrary and thoughtless manner by Team Gibbs, construction of a senior citizen home, promised for a long time, financing of innovative measures in the field of education, financing also of an urban renewal plan, all this in partnership with the State.

“The island's economy, which is based on a single tourist industry, deserves special attention,” statement continued. “Our tourist product must be better maintained in order to improve the attractiveness of the destination. The role of the port and the airport must be reviewed in the context of economic recovery. Other economic niches such as certain agricultural productions and certain services linked to new technologies will be exploited.”

In the social field, everything will be done to help families in social despair. A voluntarist policy on housing and employment will be promoted. The high rate of unemployment that the island is currently experiencing explains the suffering of a part of the population. Knowing that work is a value that gives dignity, it will be useful and necessary to develop a partnership with the economic world and the State, in order to create stable jobs, thus responding to the needs of the youth, who today are disorientated.

Training actions will be reinforced in order to increase the employability of young people. Creating wealth allows its redistribution through the solidarity and social economy, which is necessary to give reality to equal rights and offer everyone the chance to lead and succeed in life.

A proactive education policy will be clearly defined and will be reflected in the signing of an agreement with the National Education Authority, in accordance with the provisions of Article 6314-10 of the Organic Law. All the details relating to the purpose of the school will be indicated.

“St. Martin experienced very strong demographic growth of an exponential nature in the 1990s, leading to unprecedented social change. It is now necessary, through a public cultural policy, to preserve and promote our amenities and our cultural identity. The cultural venues will be renovated to become places of expression of local life and culture.

“The whole population will be involved, and we will learn to live together better. It is up to each voter to decide whether he or she wants to be a spectator or, on the contrary, to engage with us in the political battle to ensure that new values triumph.”

Party member Louis Mussington said the group has gathered “dynamic, honest, enthusiastic, competent and determined men and women who are ready to put their knowledge to the benefit of the economic, social and cultural development of our country St Martin.

“We have understood that our duty is to embody the voice of the people who are rising up, in their own way, against this lack of preparation in the management of public affairs, which has undoubtedly become a real threat to social stability and to our future.

“Many people agree that the island is going through an unprecedented moral and economic crisis. Therefore, we assert that priority must be given to a new and mobilising economic start. To achieve this, it is imperative to reorganise the administrative services of the Collectivité and in particular the public order service.

“A good manager will know that public procurement must be the lever of the local economy. It is urgent to encourage investments in the territory and it is equally necessary to clarify the rules of the game through a fiscal policy worthy of the name,” Mussington concluded. 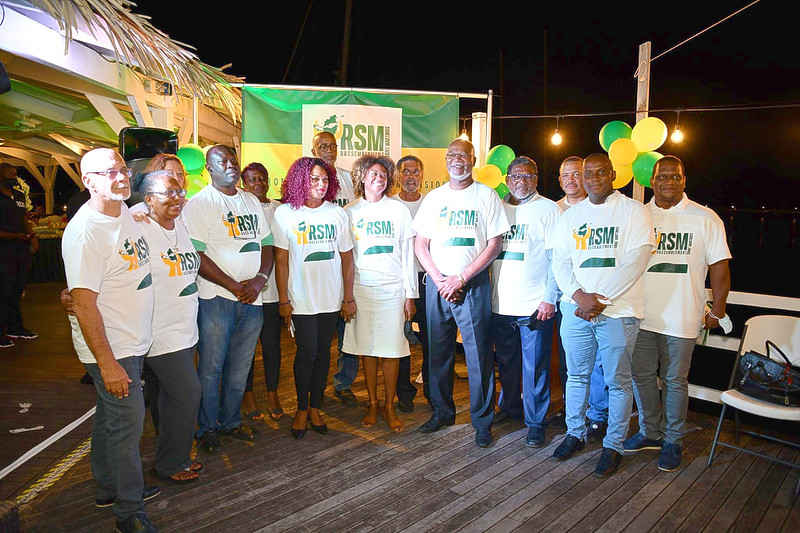 A group photo of RSM members that includes former Presidents of the Collectivité Frantz Gumbs and Alain Richardson.