Prosecutor calls for three years for Buncamper in ‘Ruby’ case 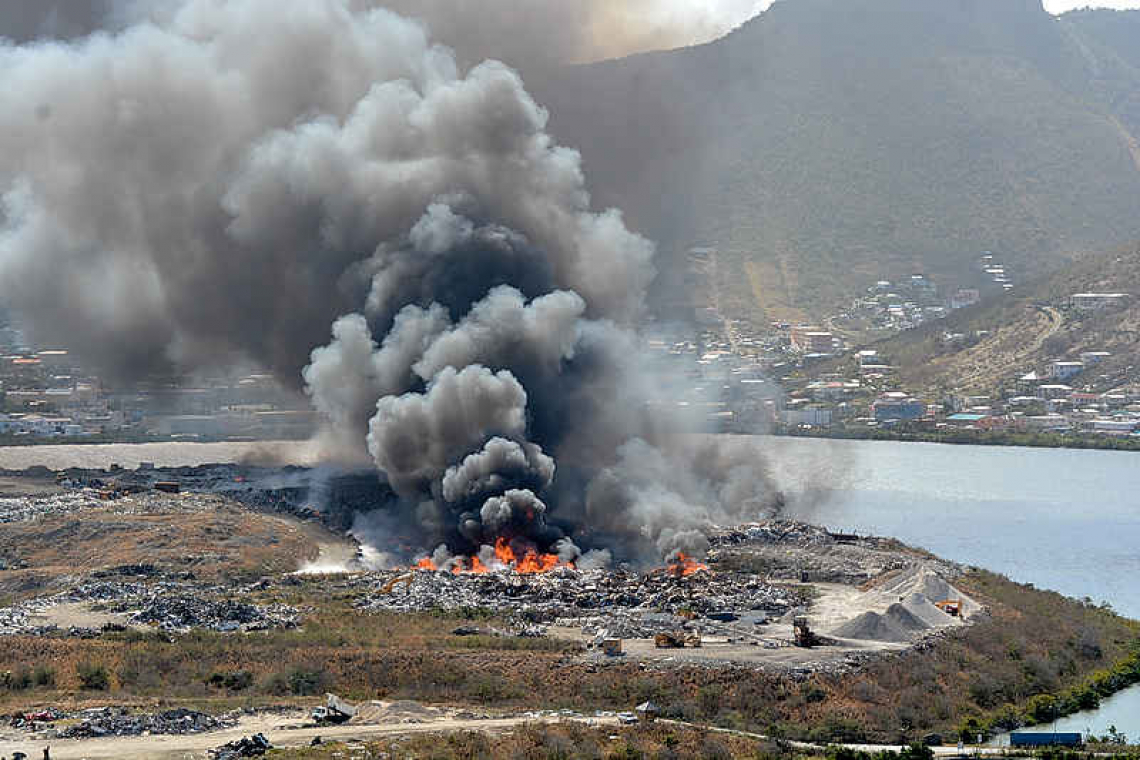 On March 23, 2016, the Kingdom Detective Cooperation Team RST received information that the tendering process for the Sanitary Landfill had not been conducted with integrity. (File photo)

PHILIPSBURG--The prosecutor called for a prison sentence of three years and a three-year ban on working as a civil servant against Member of Parliament and former high-ranking civil servant Claudius Buncamper, during Monday’s continuation of hearings in the “Ruby” investigation.

His spouse, Maria Buncamper-Molanus, is facing 12 months in this case, and directors of company Robelto and Sons (R&S) L.A.L.P. and R.B.F. heard the prosecutor call for one year suspended, on two years’ probation, and 240 hours of community service. Their company, which was used as the “vehicle” in this bribery case, will have to pay a conditional fine of NAf. 100,000, if it were up to the Prosecutor’s Office (see related story).

Buncamper is charged with taking bribes from P., F., and their company Robelto and Sons in his capacity of Head of the Infrastructure Management Department of the Ministry of Public Housing, Spatial Planning, Environment and Infrastructure VROMI between May 1, 2015, and August 30, 2018.

In this period, he allegedly received more than NAf. 600,000 for himself, his wife and his daughter and son. These were not only payments in cash, but also in different other forms, such as a service agreement with Molanus’ company Caribbean International Financial Services (CIFS), and a labour agreement with Buncamper’s son.

These “gifts” or bribes were intended for Buncamper to use his influence so that the landfill management contract for 2016-2017 was awarded to R&S, and - once the contract was awarded -, compliance with the applicable (safety) procedures at the dump would not or would no longer be fully enforced.

The payments also served to provide the company directors with classified information in preparation for the tender process, to advise them in detail about the tender and even to prepare the necessary tender documents for them, according to the Prosecutor’s Office. In addition, payments had to be made to maintain the mutual relationship between the suspects and to make future assignments possible.

Buncamper is also charged with abuse of his position as a civil servant to gain advantage for himself or his family in respect of a plot of land on Kim Sha beach between April 1, 2016, and December 31, 2017.

This plot was owned by country St. Maarten and Buncamper allegedly used his influence to approve a relocation request from his family's company S&Y Enterprises, to conclude a lease and subsequently also grant the company a building permit for a bar/restaurant on this location, while this was in conflict with the intended purpose of this plot, namely a parking lot.

In the prosecutor’s opinion, Buncamper also forged more than 30 invoices of eight different companies, which he allegedly sent to construction company Windward Roads (WWR), as a result of which these were charged by WWR to VROMI for work in connection with the sewage plant project, when in reality these were invoices related to items and work for himself, his family, or charitable institution the Lions Club.

Buncamper has used public money to fill his own pockets, those of his relatives and the Lions Club at the expense of the community and taxpayers, the Prosecutor’s Office stated, after the Challenge Chamber rejected a request from lawyer Jairo Bloem to take judge Sander van Lieshout off this case for “partiality” and “bias”. However, after deliberations behind closed doors the Chamber did not find any reason to doubt the judge’s impartiality.

“The Buncampers are especially good for themselves, not for the people of St. Maarten,” the prosecutor said. Buncamper was described as “vengeful”, someone who could make one’s life very difficult and get people out of work if they did not comply with his demands.

According to the prosecution, it could be proven that Buncamper awarded management of the landfill to R&S, who then had to hire his wife and son and pay himself US$ 6,000 to $7,000 per month. “As a result, the landfill was not managed properly, causing frequent fires with serious health risks to the population.”

In the prosecutor’s opinion, Buncamper, who was employed by the VROMI ministry since September 1996, abused his authority to favour himself and his family at the expense of other entrepreneurs and the population of St. Maarten. In doing so, he has “eroded the credibility and legitimacy of the government,” the prosecutor stated in her closing speech.

“It is essential for the proper functioning of a democratic society that citizens can have confidence in the objectivity and integrity of government’s actions.” Buncamper has betrayed this trust by taking bribes, falsifying bills and favouring his family members and the Lions Club, the prosecutor said.

In his job, in which he was expected to set an example, Buncamper “promoted” that it would be normal to use government contracts, decisions and resources for personal gain. This conduct is contrary to the duties of a public servant, the prosecutor said.

Buncamper’s acts also led to unfair competition in opening government tenders and permits only to his family and to the companies that could and would pay bribes. As a result, other job seekers and honest entrepreneurs did not stand a chance.

Buncamper also endangered public health in St. Maarten in failing to monitor the quality of management at the “dump”. He contracted R&S while it was clear that the company did not have sufficient knowledge, financial resources and equipment to effectively manage the landfill.

Even after the fires, he did not intervene by enforcing regulations and guidelines regarding landfill management, the prosecutor said. “Instead, Buncamper received bribes from R&B and had his son and wife paid out generously by the company. Buncamper has, therefore, been guided by his own wallet and that of his family at the expense of the health of the residents of St. Maarten.”

St. Maarten society deserves that government funds are used efficiently and for the benefit of the people, the prosecutor said. “That is the job of a political administrator. Buncamper has not complied with this.”

According to the prosecution, the Buncampers were the “clear directing factor” in misusing public funds. “It appears that the Buncampers have used R&S as a vehicle for their dishonest practices.”

If possible, the court will rule in this case on December 23, but in any event no later than January 13, 2022, the judge said at the end of Monday’s hearing. The case will continue today, Tuesday, with Bloem pleading on behalf of the Buncampers.