Police meet with resistance from suspects being arrested 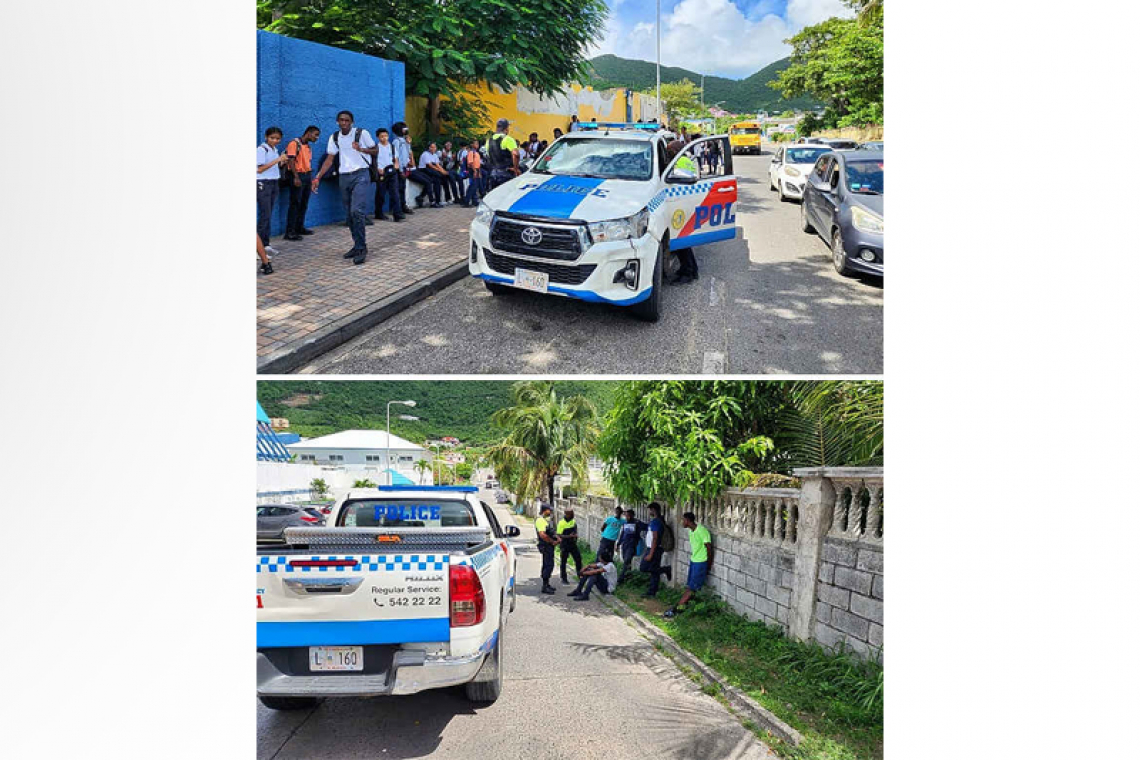 While monitoring the school areas, police were insulted and threatened.

PHILIPSBURG--The arrest of students who insulted and threatened police officers, confiscation of drugs in two locations and actions against reckless scooter riders are measures police had to take on Monday and Tuesday during controls in different locations.

While monitoring in the school’s surroundings, one student who was hanging around the school was requested to leave and go home. However, the 15-year-old student refused and started cursing the officers.

He then was repeatedly urged to leave from there, which he refused to do, police said. “He continued to insult and threaten police officers. When it was decided to arrest the young man, he began to resist violently.”

The suspect was transferred to the police station in Philipsburg and handed over to the Youth and Morals Department.

In the St. Maarten Police Force’s KPSM’s ongoing efforts to curb crime activity in the different districts, controls were held at various locations. In Dutch Quarter, a man was arrested for being in possession of narcotics. While they were detaining the first suspect, a second man attempted to obstruct the police operation and was also detained. Both suspects were then transferred to the police station for further proceedings.

Another man was arrested in the area of Cole Bay late Tuesday evening in connection with dealing narcotics.

In recent days, police have taken several actions against the misconduct of various youths, motorcycle and scooter riders, to curb this type of behaviour. Three motorcycles were stopped and checked over the last two days.

Parents and guardians are reminded that scooter riders must be at least 18 years old and hold a valid driving licence to be able to operate on the public road. The scooter or motorbike must meet requirements set by law to be on the road.