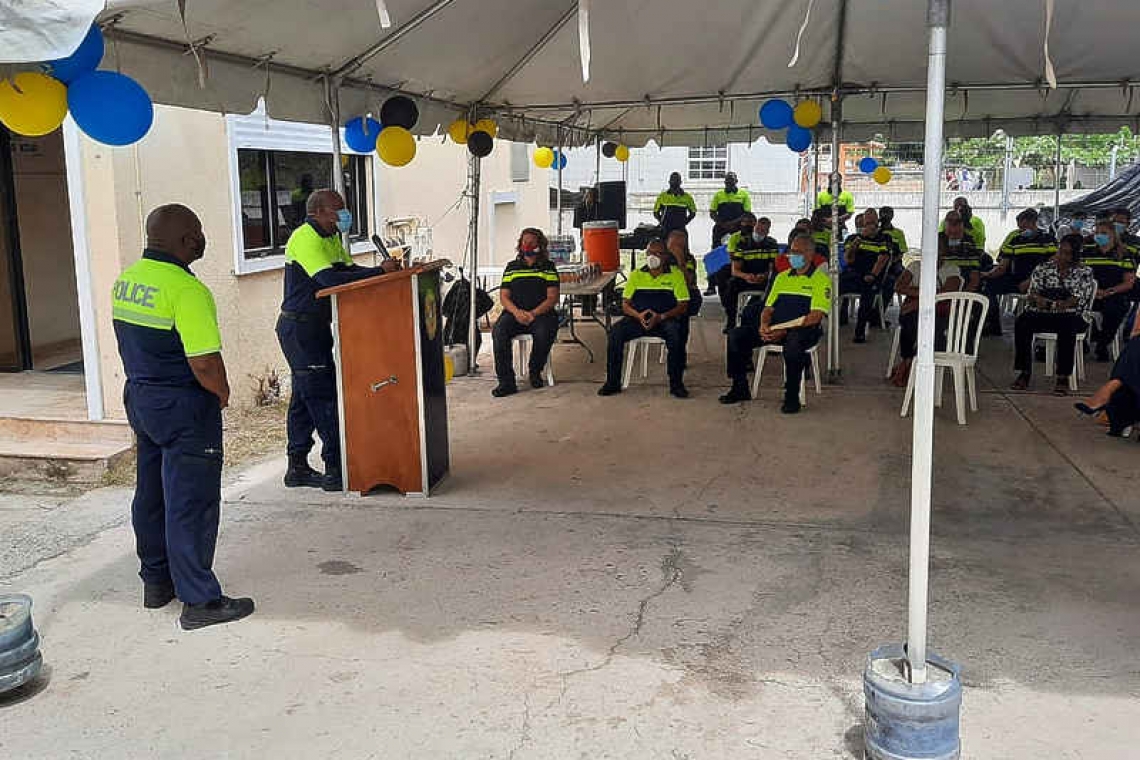 PHILIPSBURG--The St. Maarten Police Force KPSM on Friday afternoon bade farewell to fourteen of its Dutch colleagues, the last in a detachment of police officers from the Netherlands who have been stationed on the island since Hurricane Irma in 2017.

Last to speak was Police Chief Carl John, who thanked the detachment for its service.

In total, about 300 officers served in the detachment since its inception, according to police acting spokesperson Ethelwoldus “Joe” Josepha.