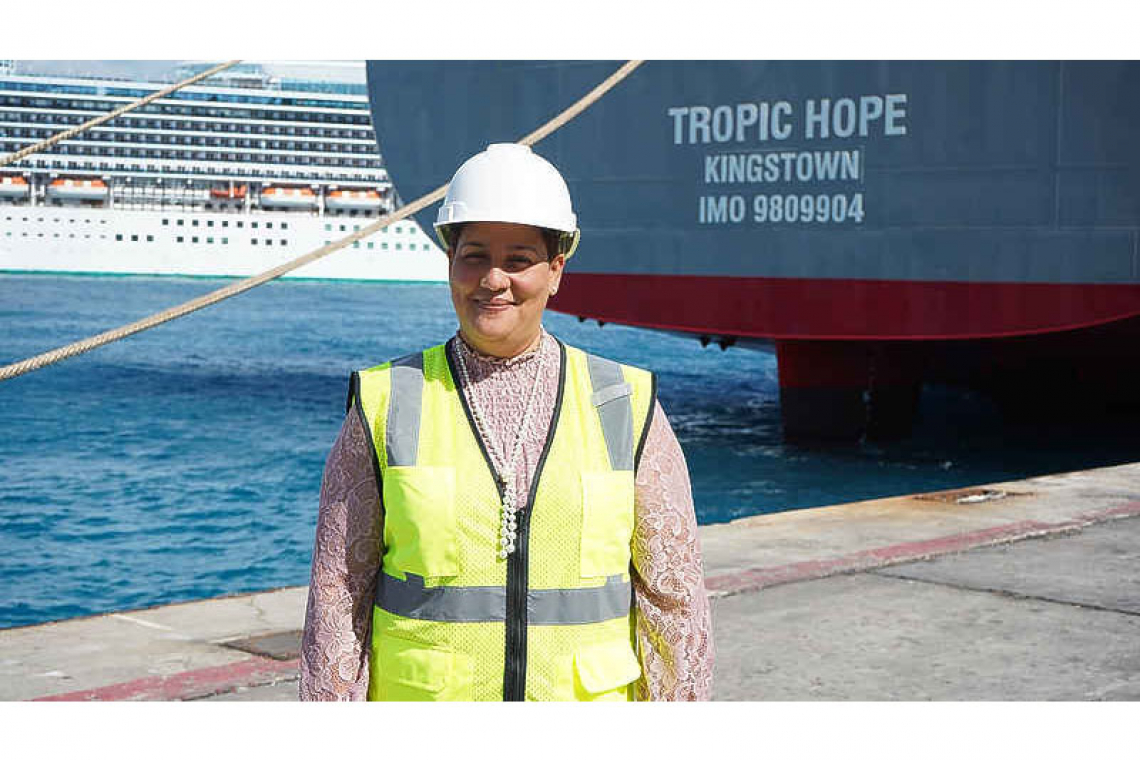 Van Heyningen-Bertrand began her Tropical career in November 2004 as a sales coordinator and was promoted to outside sales representative in 2005. She became sales manager in 2008. Two years later, she took up a different challenge, but was back at Tropical in 2015 and resumed her role as sales manager, followed by the role of island manager in 2017.

Van Heyningen-Bertrand said, “The promotion to regional manager means that hard work truly pays off and that it is important to have a strong and capable team around you. Without my staff’s support, none of this would have been possible. Tropical Shipping is truly a company that promotes hard-working individuals and an equal opportunity for all.”

As regional manager, Van Heyningen-Bertrand seeks to improve the synergy among the islands she manages and to keep improving the service provided to customers. “I want to ensure that each island has a strong team concept and is able to carry out their duties in the best possible environment. My region includes St. Barth, St. Kitts and Nevis, St. Maarten,” she said.

Describing her career path, Van Heyningen-Bertrand explained that when the island manager resigned in 2017 she became the acting island manager, while the company started searching for his replacement. After a few months, she decided to apply for the position.

“Although  I felt I probably wouldn’t qualify since one of the requirements was to have an MBA [Master’s degree in Business Administration – Ed.], what I did know was that I had the knowledge, passion, and drive to get the job done – I like a challenge. What I didn’t know was exactly how challenging it would be,” she said.

She was ultimately appointed as island manager for St. Maarten. This was a far cry from her very first job working at the now defunct, yet still famed Mini Club in Marigot at age 15 and her last non-shipping post as store manager at Calvin Klein.

Exactly one day after she was appointed as island manager, Hurricane Irma struck St. Maarten on September 6, 2017. Not being familiar with exactly what her position required in that situation, Van Heyningen-Bertrand just decided that her staff and customers needed all her attention.

Less than a year later, the company’s warehouse in St. Maarten was destroyed by fire, adding to the severity of the situation. “It was another major setback, but I was resolute that if we survived Irma, we could also survive the fire,” she said.

“The resilience of our team following Irma and the warehouse fire led to recognition from our mother company Saltchuk. They featured me in their publication The People of Saltchuk in 2019. The experience over those two tumultuous years was crucial to my growth as a manager and it made me set my sights on becoming a regional manager, as I mentioned in my 2019 interview,” said Van Heyningen-Bertrand. Two years later, this became a reality.

That reality did not come without the support of the company and her own team. “A huge ‘thank you’ to Mr. Mark Lopez and Mr. Tim Martin for believing in me and for trusting me with this function. To my team: you are my backbone; your support and hard work make us all shine. I thank Tropical Shipping for investing in their people through training and development. Thank you also to my family for their support during my journey,” said Van Heyningen-Bertrand.