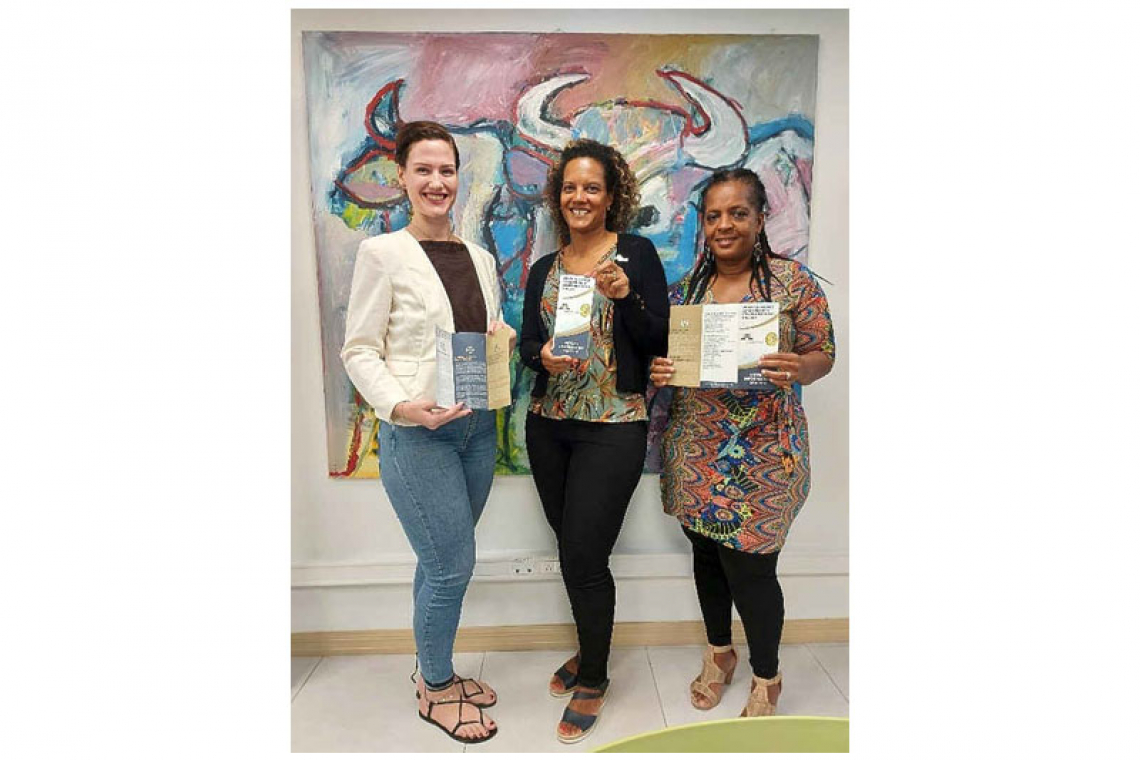 PHILIPSBURG--The Prosecutor’s Office, in collaboration with Foundation Judicial Institutes St. Maarten SJIS and St. Maarten Police Force KPSM, has created an information leaflet outlining what occurs when someone files a complaint with police and the role of the prosecutor in the process.

The leaflet provides information for victims about what the procedure is after they have filed a complaint. It also contains contact information for Safe Haven, Police and other sources of assistance.

The leaflet is one component of a larger program called Domestic Violence and Mediation Restorative Justice Project. Another part of the project was an intensive mediation skills training, held in July, for professionals in the justice field.

The skill training and the several related activities such as a behavioural intervention program for offenders and their partners, and a pilot mediation in criminal cases will be implemented by SJIS and the Prosecutor’s Office in the coming months, the prosecutor stated. “These are steps to introducing restorative justice as an alternative approach to conflicts that are usually governed by criminal law, specifically domestic violence cases.”

The Domestic Violence and Mediation Restorative Justice Project is financed through the Resources for Community Resilience R4CR funding program. R4CR was implemented by VNG International (the International Cooperation Agency of the Association of Netherlands Municipalities VNG) and funded by the St. Maarten Recovery and Resilience Trust Fund to improve the capacity of St. Maarten’s civil society organisations and to support reconstruction and resilience at the community level.