Grisha: Dossier might give reason for parliamentary inquiry at PJIA 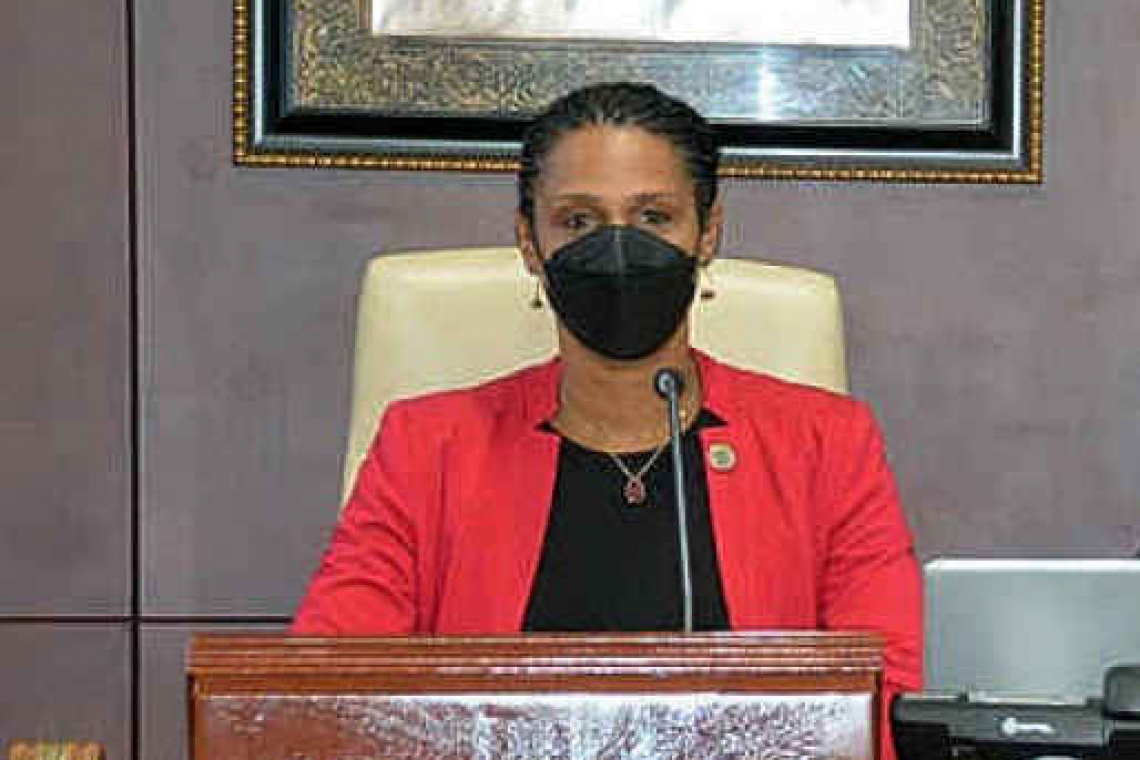 PHILIPSBURG--The former secretary of former President of Parliament Rolando Brison was the one who signed to receive the dossier of complaints and allegations made by now suspended chief operation officer (COO) of Princess Juliana International Airport (PJIA) Michel Hyman against the chief executive officer (CEO) and the Supervisory Board of operating company PJIAE.

Sitting Chairperson of Parliament Grisha Heyliger-Marten provided this information to Members of Parliament (MPs) during the continuation of the debate on the draft 2022 budget on Friday. MPs never received the dossier.

Heyliger-Marten said the secretary, now her secretary, indicated that she had two ways of handling documents delivered to her office – she either personally gave them to Brison, or placed them on his desk, but she could not recall which she did after receiving the dossier.

Independent MP Christophe Emmanuel believes the dossier was purposefully buried and called the governing coalition “a gang of liars.”

In a statement issued on Sunday, Heyliger-Marten said the “potentially damning” dossier may well shed light on shortcomings at the top levels of PJIA. The document will be formally booked into Parliament early this week and will follow the proper channels for accepting official documents.

“If the alleged contents are factual, uncovering these truths can result in swift action to remove any impediments to the long-awaited rebuilding of the airport,’ Heyliger-Marten said.

“The contents of the PJIA dossier might provide even more reasons for an urgent Parliamentary inquiry in the interest of transparency and good governance. Many questions regarding PJIA have remained unanswered since Hurricane Irma. I therefore believe it is in the general interests that a public debate on this matter and how to move forward takes place as soon as possible,” said Heyliger-Marten on Sunday.

She said that up to last week Parliament was not officially aware that someone had sent “the PJIA dossier” to both the Parliament and the Council of Ministers. “It seems although it was delivered to Parliament, the document may have fallen through the cracks and never underwent the proper process. This is very serious and problematic in itself,” said Heyliger-Marten.

She said Emmanuel had hinted at the dossier’s existence in June 2020 when he indicated that someone had already submitted the PJIA dossier to Parliament and the Council of Ministers. Back then, she told Emmanuel she would need time to investigate whether Parliament had received the dossier, as it never crossed her desk.

The issue was raised again last week during the budget debate.

“At that time, I had no facts and could not confirm the dossier’s existence or contents, and therefore could not publicly go on the record making statements without having the facts. Naturally, informal discussions between MPs can and do take place about their thoughts and opinions on matters. Still, as representatives of the people, we should be mature and disciplined enough not to publicly make statements until we know they are factual and can be substantiated.

“That same evening after the meeting was adjourned, I followed up on inquiries I had already started making to establish who initially received the dossier at the Parliament. During the meeting, National Alliance MP William Marlin had requested this investigation. I also called an urgent meeting of the Presidium for 9:00am the following day to finalise the investigation,” she said.

“During the Presidium meeting, it was definitively established who had signed for receipt of the document. When contacted, the person in question confirmed that, as customary, she had either handed over the dossier to the former Chair of Parliament or placed it on his desk for further handling.

“It remains unclear why the document was not officially booked in at Parliament. This error further emphasises why the efficiency of the functioning and processes within Parliament needs to be addressed,” said Heyliger-Marten.

She said the documents would be resent and booked in correctly in Parliament, after which all MPs will receive a copy. “Depending on the dossier’s contents, Members of Parliament are free to request a meeting for Parliament to discuss this matter and decide the next steps by Parliament and the Council of Ministers related to PJIA”, Heyliger-Marten said.

In a release issued on Friday, Emmanuel said “the gang of liars running the country” had managed to set a new low over this matter.

He said Heyliger-Marten had provided no indication of whether the secretary actually gave the document to Brison or placed it on his desk. “If he is saying he didn’t get it, then it caught wings or legs from his office desk and walked out? So then, by that explanation we can conclude that since June 2020 when his secretary put it on his desk, he obviously never went to work,” Emmanuel said.

“This is unacceptable. Everyone knows this secretary in question is efficient and a consummate professional. Her former boss is now throwing her under the bus and her current boss [Heyliger-Marten – Ed.] is not being totally truthful. It is as plain as day to see that there was collusion between the former chairperson of parliament and the prime minister to hide this dossier.

“And [Friday], the Chairlady of Parliament needed to concoct another lie to protect the leader of her party who has once again managed to embarrass this country with scandal, damage the integrity of Parliament and shame his deserving coalition MPs.”

He said he finally understands why the prime minister thought that Brison’s “caught on tape” moment was forgivable, because by then they had already colluded on much worse.

He stressed that there is a much bigger picture at play and that the purposeful hiding of the dossier had handicapped Parliament when it came to discussions about PJIA. He said Hyman had taken it upon himself to report what he felt were shady and unlawful practices at PJIA.

“All the talk about integrity and corporate governance and Schiphol, all of this took place while the former president of parliament sat on the dossier, the government hid it, then turn and blatantly lied about it. A gang of liars and enablers are running the government,” Emmanuel said.

Emmanuel looks forward to findings from TEATT Minister Roger Lawrence’s meeting with the airport holding board. “You have to counter lies with the truth. The chairlady had the opportunity to truthfully inform the people of St. Maarten and Parliament. Instead, they took time to concoct their latest grand lie.

“So, once again, I guess it is left up to me to divulge the truth in the coming days,” he concluded. 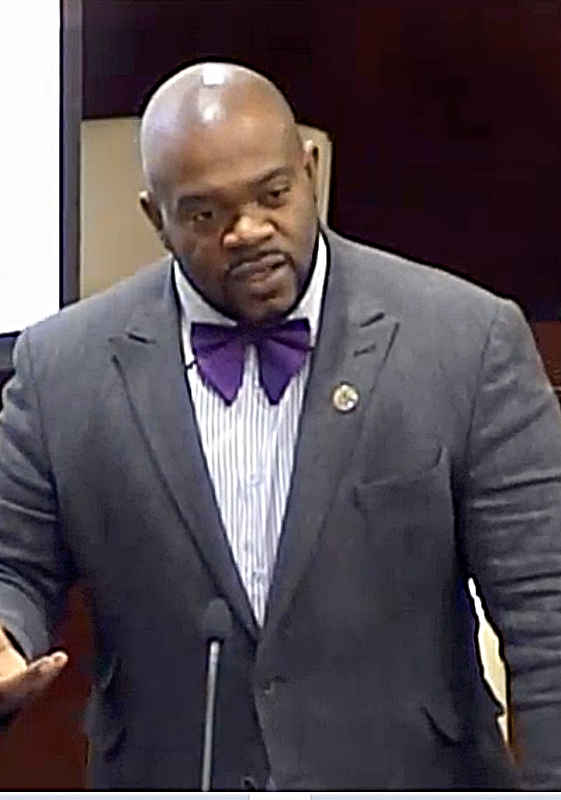