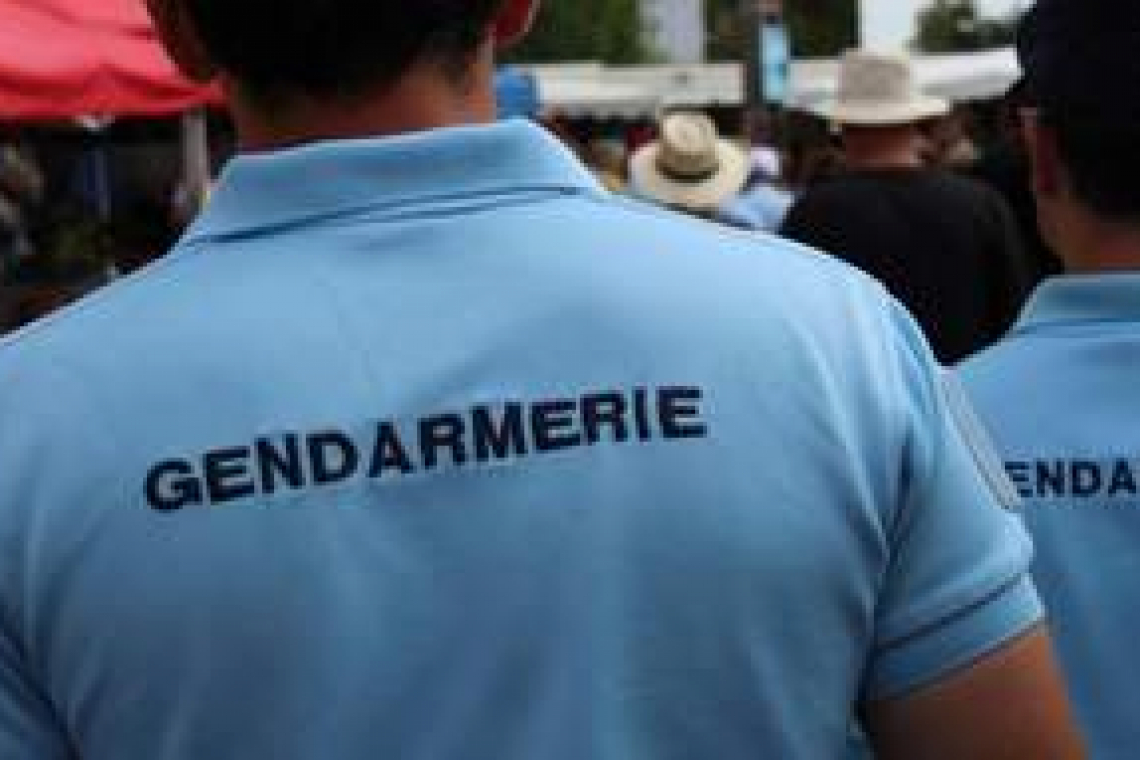 MARIGOT--Faced with an upsurge in armed robberies, the Gendarmerie has increased its human resources to catch perpetrators and cooperation with the police of Sint Maarten has been successful.

Some 45 serious crimes, including 26 cases of armed robberies were solved and led to 21 arrests, five of which were made in cooperation with the Dutch-police force. In total, there were five indictments with provisional detention, eight immediate appearances in court; one of which resulted in a sentence of 18 months imprisonment, six of which were firm with a detention warrant (prison), five incarcerations on the Dutch side, one of which was followed by extradition, and four summonses to appear before the judge.

"This task force is destined to last over time in order to curb this phenomenon which is detrimental to the image of the island and its inhabitants," the Gendarmerie noted.

Also faced with a resurgence of armed robberies against businesses and individuals, an investigation group dedicated to this problem was set up within the Gendarmerie on March 22, 2021.

"With four permanent investigators from the detective section, reinforced by two judicial police officers and supported daily by Gendarmes and intervention teams, the Gendarmerie and public prosecutor's office of Basse Terre have, through their joint action, disabled several gangs," the Gendarmerie disclosed.

The Gendarmerie reminds the public of measures to take to prevent robberies and break-ins, such as installing video surveillance with a recording function, calling the Gendarmerie immediately following an incident, preserving a crime scene by not moving or touching anything, and remaining vigilant to any suspicious activity which should be reported to the Gendarmerie