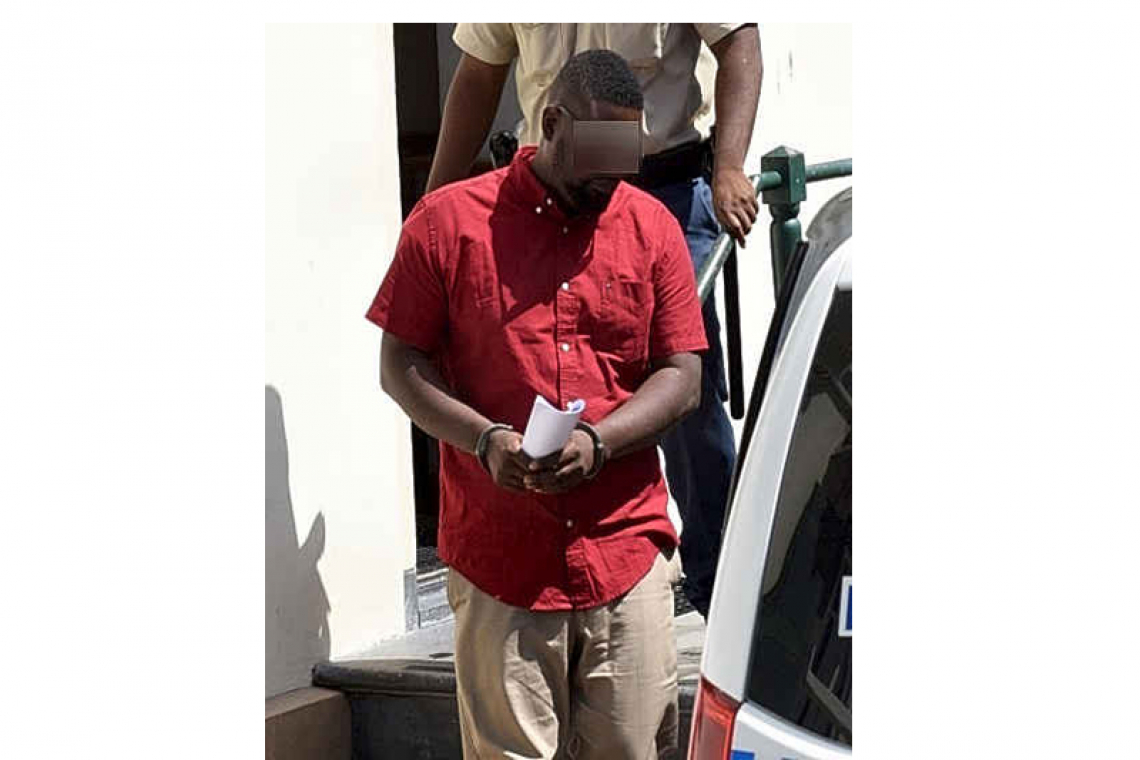 PHILIPSBURG--The Joint Court of Justice on Tuesday sentenced former head of the Security Service St. Maarten VDSM James Adolphus Junior Richardson to eighteen months, nine of which were suspended, on three years’ probation, for embezzlement of more than NAf. 230,000.

He was acquitted of money laundering but will have to repay NAf. 231,887.28 in illegally obtained proceeds, which he used to buy luxury goods and to cover private expenses.

Richardson (46), who currently resides in Aruba, said during his trial hearing, which took place via video conferencing, that he agreed with his conviction but not with the sentence imposed.

On June 1, during the appeal hearing, the solicitor general demanded 24 months, eight of which to be suspended, on three years’ probation. He also called on the Appeals Court to order repayment of NAf. 231,887.28.

In the Court of First Instance, the prosecutor had demanded three years for Richardson. The sentence was lower than the prosecution’s demand because the court found not all embezzlement charges proven.

As only Richardson, not the Prosecutor’s Office had filed for appeal, the Appeals Court stated that the acquittal of some of the charges would stand and not be part of the appeal proceedings.

Richardson largely confessed to the crimes, stating that building the VDSM up from the ground after 10-10-10 had grown over his head. VDSM was a small organisation without a solid infrastructure and without a proper system of administration and accountability, he said.

He said, he had been more involved with the operational organisation of VDSM and had little time left for financial management. He took “full responsibility for the mistakes that were made.”

Attorney-at-law Shaira Bommel pleaded with the court to pardon her client. “I do not want to pass the blame, but there was no control mechanism at the service. My client had free rein and succumbed to temptation,” she said.

Richardson had “seriously betrayed” society’s trust in him, the Appeals Court stated in the verdict. Although the Court considered the fact that VDSM was in a start-up phase and that Richardson apparently overextended himself in that situation, “that does not alter the fact that the use of the service’s funds by the accused as if those funds were his own is completely reprehensible.”

Richardson seriously abused his position without concern for the damage he caused by doing so, the court stated. The Joint Court blamed him for having seriously duped St. Maarten and for only considering his own financial gain.

The court took into account the fact that the government’s system of checks and balances apparently did not work, with the result that it took years before Richardson’s wrongdoings were reported to the police.

However, there is no evidence that the suspect would have stopped embezzling VDSM’s money on his own initiative. The court found it “objectionable” that, despite his promise to do so, Richardson has not yet started to refund or reserve money he admitted was spent incorrectly or fraudulently.

The Joint Court imposed a large part of the sentence conditionally because the crimes were committed more than eight years ago. The defendant’s sense of guilt and “major problems” in his family situation, were also reasons to impose a lower sentence.