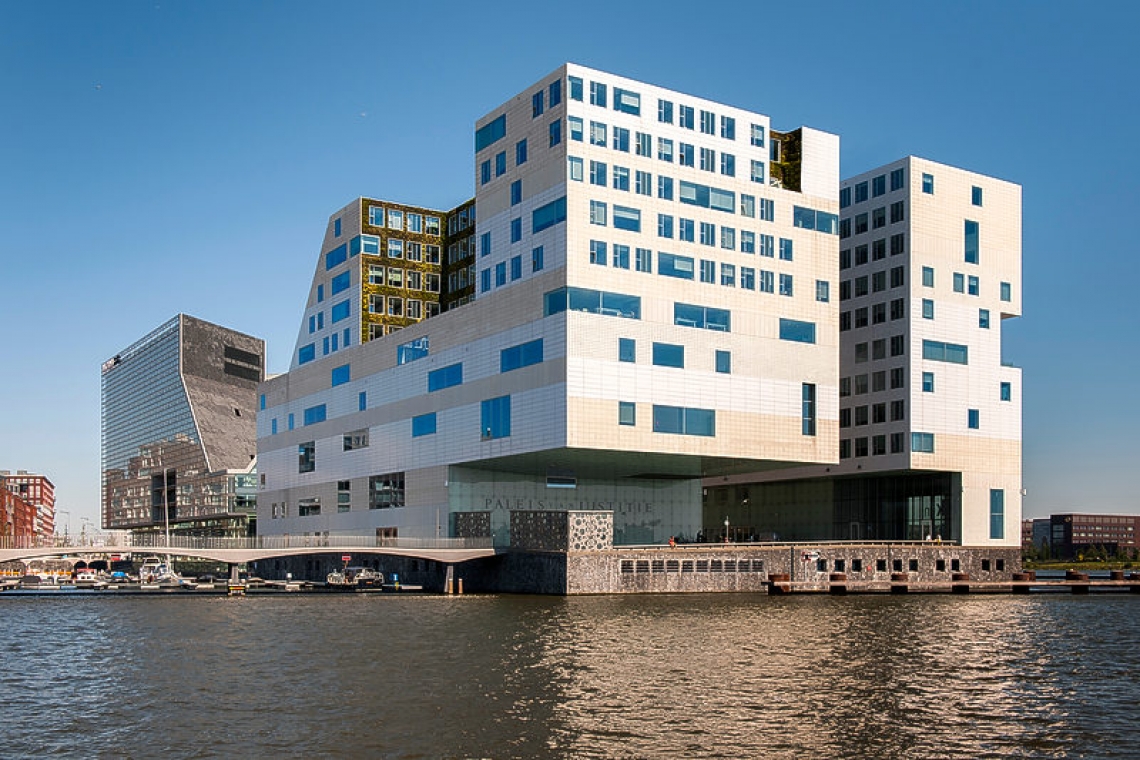 The Court in Amsterdam where the appeal hearing of the main suspect in the “Mars” investigation Kathron “Kuchi” Fortune will be taking place September 24 and 25, 2020.

PHILIPSBURG--The Joint Court in Amsterdam will be hearing the appeal of the main suspect in the so-called “Mars” investigation, Kathron “Kuchi” Fortune in September 2020. In June 2019, the 42-year-old was sentenced to life in prison for having killed two men in a room at Simpson Bay Resort in broad daylight on December 5, 2016.

Fortune’s lawyer Sjamira Roseburg immediately filed an appeal after the verdict, stating at the time that her client did not agree with the verdict given as he maintained that it was self-defence that had led to the deaths of both men.

During Thursday’s pro-forma hearing, which took place in the Courthouse in Philipsburg, the Joint Court of Justice announced that Fortune’s appeal would be heard September 24-25, 2020. The two-day hearings will include the prosecutor’s demand and the lawyer’s pleadings.

The Appeals Court stated that due to security reasons, Fortune’s appeal hearing could not take place in St. Maarten or in Curaçao. Fortune is currently detained in the high-security prison in Vught, the Netherlands.

The case against co-defendant and brother Tito Jahatan Fortune, who also filed an appeal, will be heard by the Court in St. Maarten in October 2020. The Joint Court referred the hearing of witnesses to the investigating judge in the Netherlands.

The Mars investigation was started after a missing-person report was filed concerning two men, Luis Sarante Diaz and Edwin Rosario Contreras, who were both last seen alive on December 5, 2016.

The bodies of the two victims were discovered in the Belair lagoon on August 1, 2017. The investigation also revealed that the two men had been killed in Simpson Bay Resort.

Kuchi is currently being detained in a maximum-security prison in the Netherlands as a result of his escaping from the Pointe Blanche prison in St. Maarten in 2016, while he was serving a 21-year sentence for a murder he had committed in 2005.

In the Mars investigation the Court of First Instance held him responsible for the manslaughter of one victim and the murder of the other victim, removal of their bodies, and firearm possession.

The judge concluded that he was a danger to society and that a life sentence was justified by the severity of the crimes he had committed.

His brother Tito Fortune was sentenced to 30 years in prison for his role in the manslaughter and murder, and for removal of the bodies and firearm possession.

In accordance with the Prosecution Office, the court found it proven that Tito was an active accomplice. He was found guilty of the planning and execution of the homicides, removal of the victims’ bodies and firearm possession.