52 abandoned vehicles in St. Peters to be towed soon 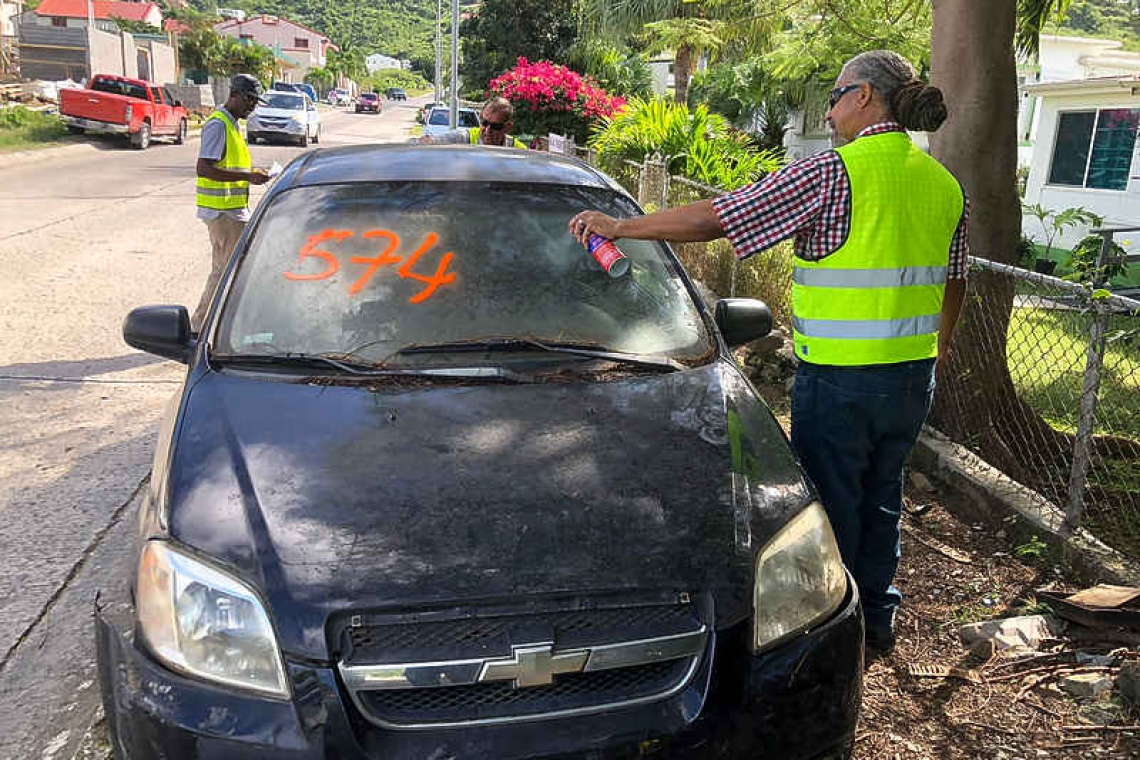 Abandoned veihicles have been marked for removal. 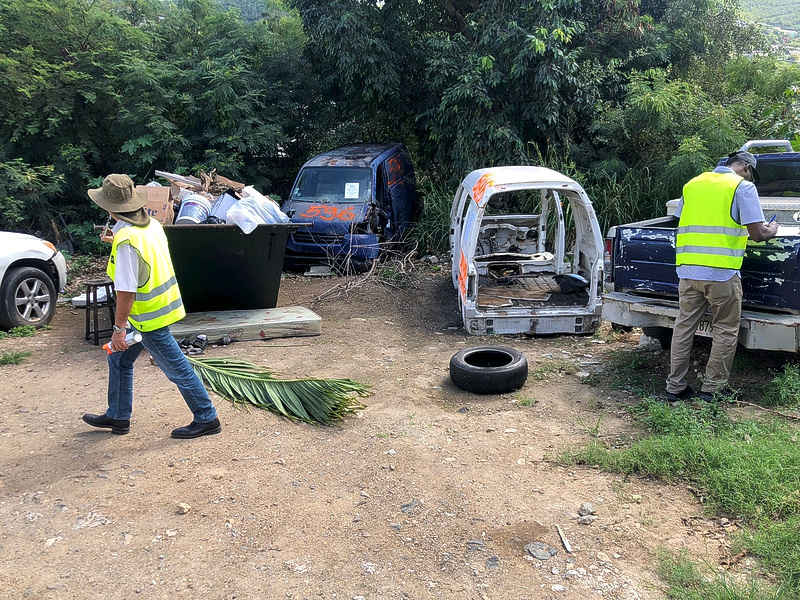 Residents of St. Peters filed complaints about a growing number of car wrecks in the neighborhood.

ST. PETERS--A total of 52 vehicles have been identified by police as abandoned in St. Peters. As these cars were marked for removal, owners risk a fine and the vehicle being towed at the owner’s expense.

Following complaints about stolen cars being stripped in St. Peters, as well as non-functional vehicles left along the roads of this residential area, the St. Peters community police officer of St. Maarten Police Force KPSM and employees of the Ministry of Public Housing, Environment, Spatial Planning, and Infrastructure VROMI Inspectorate conducted a survey in the neighbourhood.

Owners of vehicles that have been left along public roads are strongly urged to remove these vehicles as soon as possible. “VROMI will take action together with the community officers to remove them in the interest of general safety,” KPSM stated on Sunday.

Leaving abandoned vehicles alongside roads or side streets disrupts the free flow of traffic, KPSM said. “It makes it dangerous for emergency services to access certain parts of the community. Utility companies have also pointed out the significant inconvenience caused to work operations due to improperly parked and abandoned vehicles on public roads.”

Abandoning vehicles on public roads constitutes a violation of the law and can result in a fine and the possibility of the vehicle being towed away at the owner’s expense.