Russia warns 'serious' nuclear war risks should not be underestimated 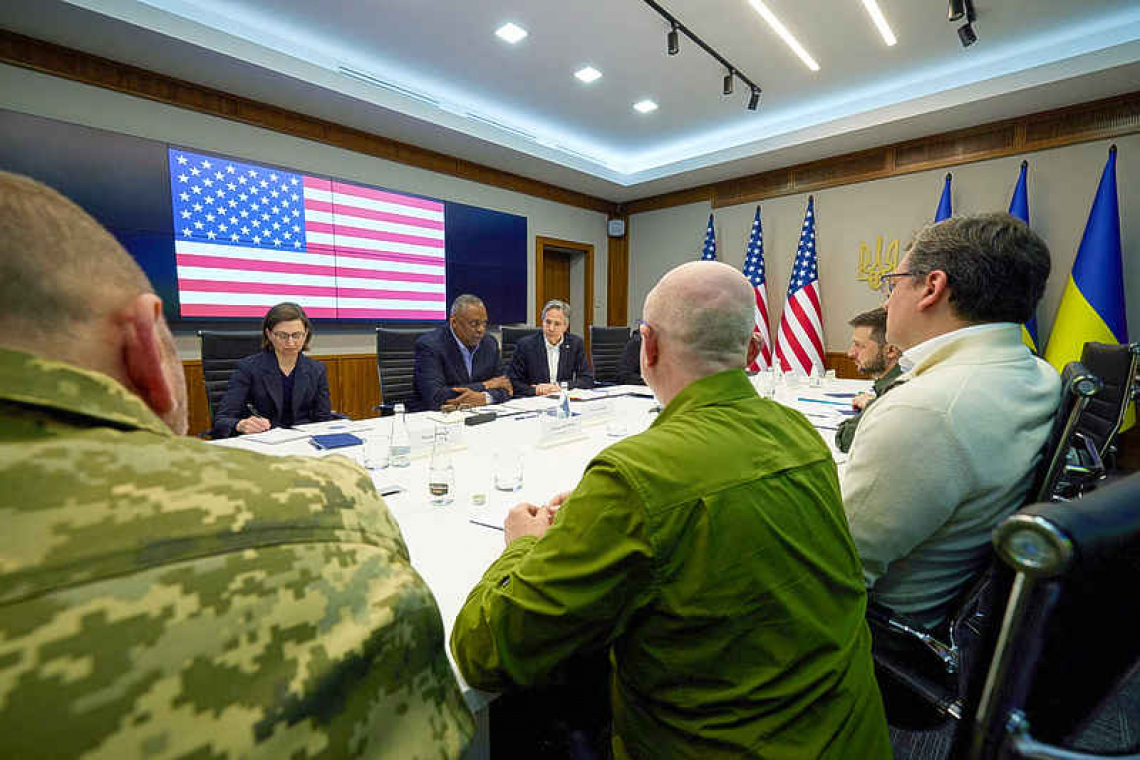 LVIV, Ukraine--Russia told the world not to underestimate the considerable risks of nuclear war that it said it wanted to reduce and warned that conventional Western weapons were legitimate targets in Ukraine, where battles raged in the east.

"The risks now are considerable," foreign minister Sergei Lavrov told Russia's state television according to a transcript of an interview on the ministry's website. "I would not want to elevate those risks artificially. Many would like that. The danger is serious, real. And we must not underestimate it."
Lavrov had been asked about the importance of avoiding World War Three and whether the current situation was comparable to the 1962 Cuban Missile Crisis, a low point in U.S-Soviet relations. Russia had lost its "last hope to scare the world off supporting Ukraine," Ukraine's foreign minister Dmytro Kuleba wrote on Twitter after Lavrov's interview. "This only means Moscow senses defeat."
During a visit to Kyiv, U.S. Secretary of State Antony Blinken and Defense Secretary Lloyd Austin promised more military aid for Ukraine. But Moscow's ambassador to Washington told the United States to halt shipments, warning Western weapons were inflaming the conflict.
Lavrov said: "NATO, in essence, is engaged in a war with Russia through a proxy and is arming that proxy. War means war."
Russia's two-month-old invasion of Ukraine, the biggest attack on a European state since 1945, has left thousands dead or injured, reduced towns and cities to rubble, and forced over 5 million people to flee abroad. Moscow calls its actions a "special operation" to disarm Ukraine and protect it from fascists. Ukraine and the West says this a false pretext for an unprovoked war of aggression by President Vladimir Putin.
Russia has yet to capture any of the biggest cities. Its forces were forced to pull back from the outskirts of Kyiv in the face of stiff resistance.
"It is obvious that every day - and especially today, when the third month of our resistance has begun - that everyone in Ukraine is concerned with peace, about when it all be over," President Volodymyr Zelenskiy said late on Monday. "There is no simple answer to that at this time."
The U.S. State Department on Monday used an emergency declaration to approve the potential sale of $165 million worth of ammunition to Ukraine. The Pentagon said the package could include artillery ammunition for howitzers, tanks and grenade launchers.
The United States is due to host an expected gathering of more than 40 countries this week for Ukraine-related defense talks that will focus on arming Kyiv, U.S. officials said.
Britain said all tariffs on goods coming into the country from Ukraine under an existing free trade deal will be axed and it would send new ambulances, fire engines, medical supplies and funding for health experts to help the emergency services.
Putin on Monday said the West had failed to divide Russian society and accused it of inciting Kyiv to plan attacks on Russian journalists, in comments dismissed by Ukraine's security service.
Just weeks ago, the capital Kyiv was a frontline city under curfew and bombardment, with tens of thousands of troops on its northern outskirts and residents sheltering from artillery in its metro stations. Today, the nearest Russian soldiers are hundreds of miles away, and normal life is coming back to the capital, with Western leaders visiting and diplomats returning.
Blinken said U.S. diplomats would first come to the western city of Lviv and should be back in Kyiv within weeks. Bridget Brink, now U.S. ambassador in Slovakia, will be the envoy.
But away from the capital, war rages on in Ukraine's east and south where Russia last week launched a massive offensive. Russia's defence ministry said its missiles destroyed six facilities powering the railways that were used to deliver foreign weapons to Ukrainian forces in the eastern Donbas region. Reuters could not verify the report.